(north side)
To the
soldiers
of the
Mexican
War
(east side)
Vera Cruz,
Cerro Gordo,
Huamantla,
Puebla,
Atlixco,
Valley of Mexico.

Topics and series. This monument and memorial is listed in these topic lists: Cemeteries & Burial Sites • Patriots & Patriotism • War, Mexican-American. In addition, it is included in the National Cemeteries series list. 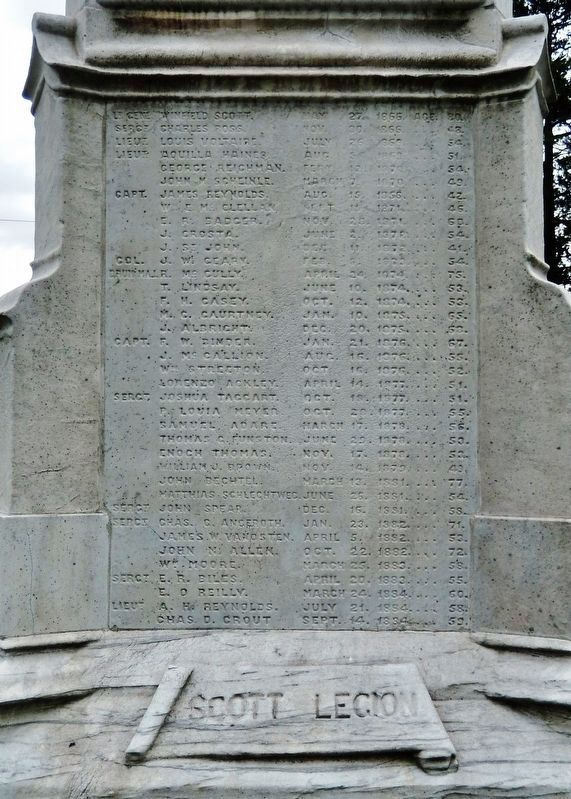 Related markers. Click here for a list of markers that are related to this marker. Philadelphia National Cemetery

Also see . . .
1. Philadelphia National Cemetery - Mexican-American War Monument. The Mexican War Monument is a marble obelisk that was erected by the Scott Legion in honor of 38 men who served and died in that conflict. The men were originally buried at Glenwood Cemetery and were re-interred at Philadelphia National Cemetery in 1927. The date of dedication is unknown. (Submitted on July 28, 2019, by Cosmos Mariner of Cape Canaveral, Florida.) 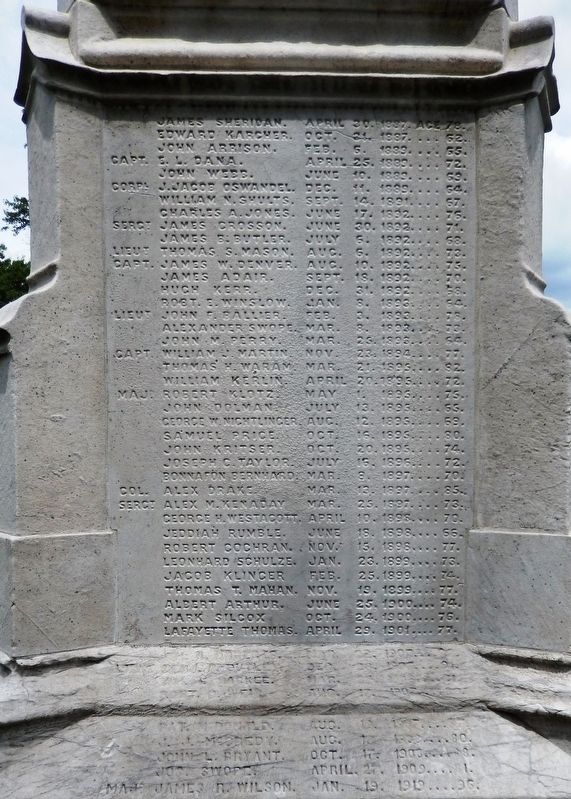 Photographed By Cosmos Mariner, June 25, 2019
3. Mexican-American War Monument
(west name panel)
Nuevo México from Mexico, and to agree upon the Rio Grande river as the southern border of United States. When that offer was rejected, President Polk moved U.S. troops commanded by Major General Zachary Taylor further south into the disputed Nueces Strip. In 1846, after Polk ordered Taylor's troops into the disputed territory, Mexican forces attacked an American Army outpost in the occupied territory and laid siege to an American fort along the Rio Grande. Polk cited this attack as an invasion of U.S. territory and requested that the Congress declare war. (Submitted on July 28, 2019, by Cosmos Mariner of Cape Canaveral, Florida.) 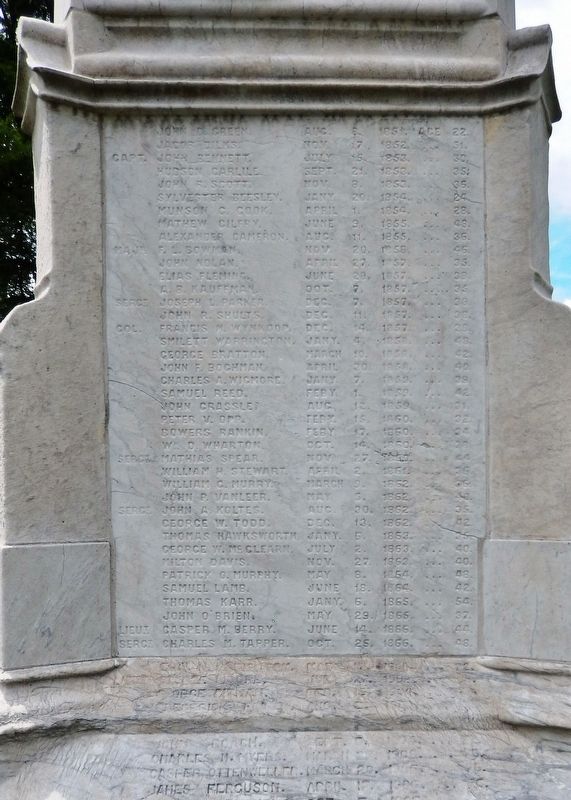