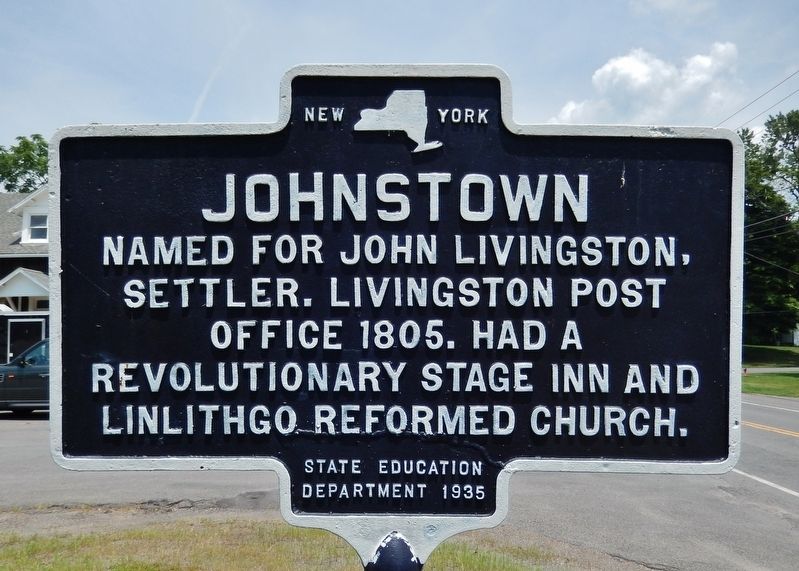 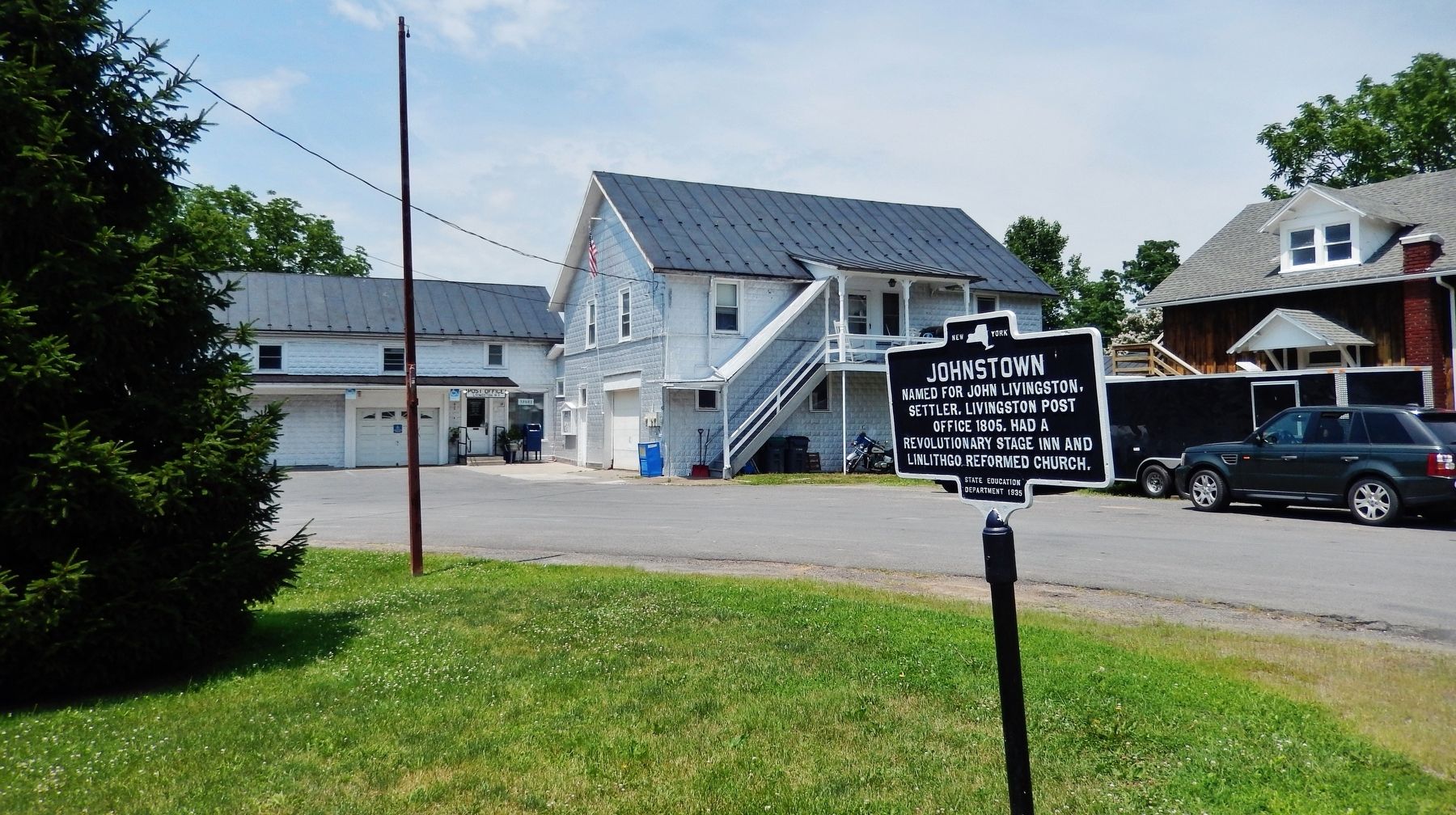 Regarding Johnstown. There are four post villages in Livingston, the largest of which is Johnstown, the name of the post office being Livingston, as there is another Johnstown in the State. Johnstown is situated east of the center of the town and took its name from John Livingston, who was active in the settlement and development of the place.