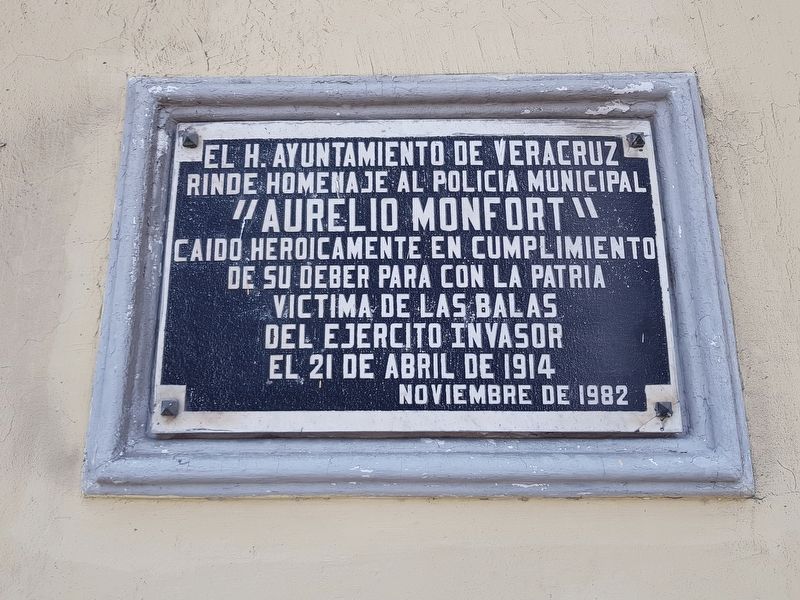 By J. Makali Bruton, April 22, 2019
1. Death of Aurelio Monfort Marker
Inscription.
English translation: . The City Council of Veracruz pays tribute to the municipal police officer . Aurelio Monfort, heroically fallen in compliance with his duty to the homeland. . He was a victim of the bullets of the invading army on April 21, 1914 . November 1982 . This historical marker was erected in 1982 by Honorable Ayuntamiento de Veracruz. It is in Veracruz in Municipality of Veracruz Mexico