The Shoe Industry in Elizabethtown 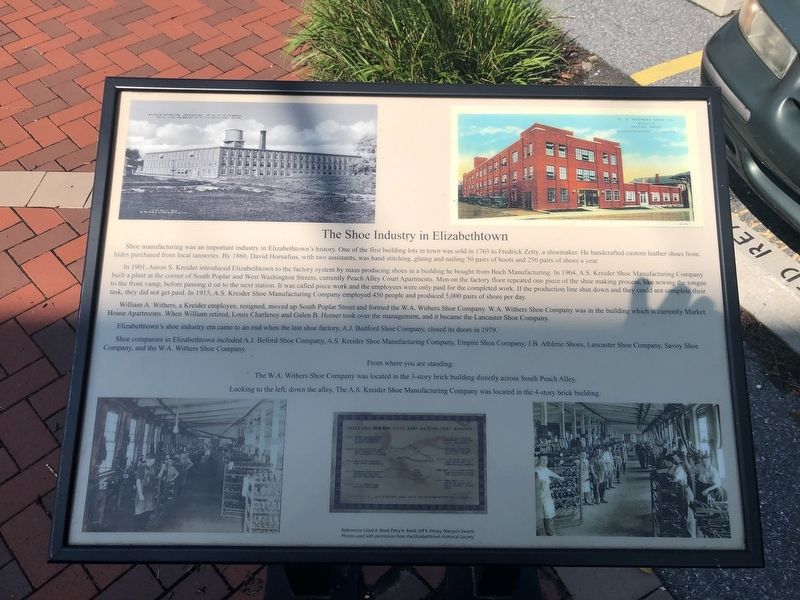 Shoe manufacturing was an important industry in Elizabethtown's history. One of the first building lots in town as sold in 1763 to Fredrick Zetty, a shoemaker. He handcrafted custom leather shoes from hides purchased from local tanneries. By 1860, David Hornafius, with two assistants, was hand stitching, gluing and nailing 50 pairs of boots and 250 pairs of shoes a year.

In 1901, Aaron S. Kreider introduced Elizabethtown to the factory system by mass producing shoes in a building he bought from Buch Manufacturing. In 1904, A.S. Krejder Shoe Manufacturing Company built a plant at the corner of South Poplar and West Washington Streets, currently Peach Alley Court Apartments. Men on the factory floor repeated one piece of the shoe making process, like sewing the tongue to the font vamp, before passing it on to the next station. It was called piece work and the employees were only paid for the completed work. If the production line shut down and they could not complete their task, they did not get paid. In 1915, A.S. Kreider Shoe Manufacturing Company employed 450 people and produced 5,000 pairs of shoes per day. 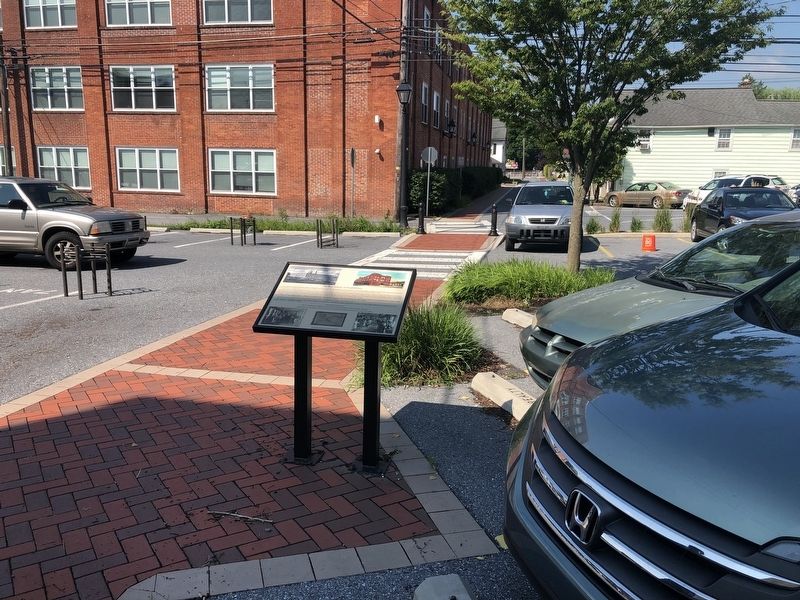 From where you are standing:

Looking to the left, down the alley, The A.S. Kreider Shoe Manufacturing Company was located in the 4-story brick building.

Topics. This historical marker is listed in this topic list: Industry & Commerce. A significant historical year for this entry is 1763.

Location. 40° 9.029′ N, 76° 36.358′ W. Marker is in Elizabethtown, Pennsylvania, in Lancaster County. Marker is on Peach Alley south of Rose Alley, on the left when traveling south. Touch for map. Marker is at or near this postal address: 28 South Market Street, Elizabethtown PA 17022, United States of America. Touch for directions.