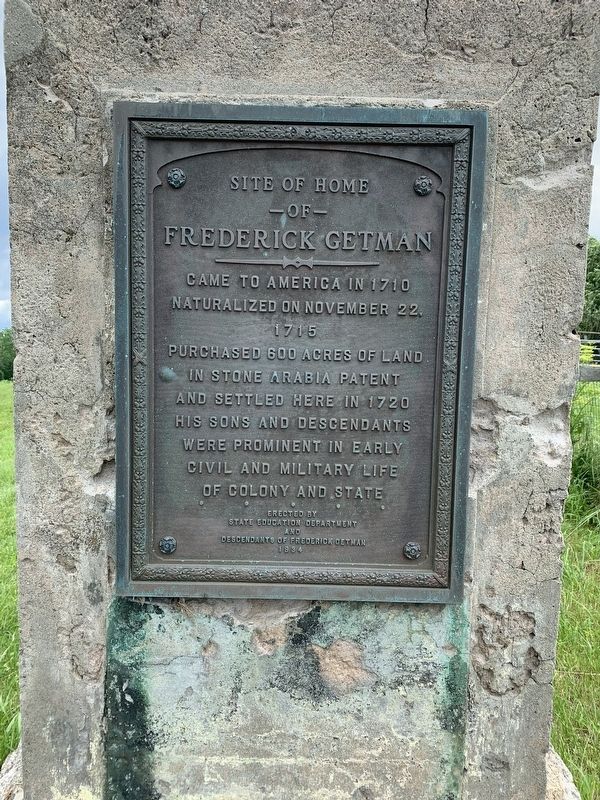 Site of home of Frederick Getman. Came to America in 1710. Naturalized on November 22, 1715. Purchased 600 acres of land in Stone Arabia Patent and settled here in 1720. His sons and descendants were prominent in early civil and military life of colony and state 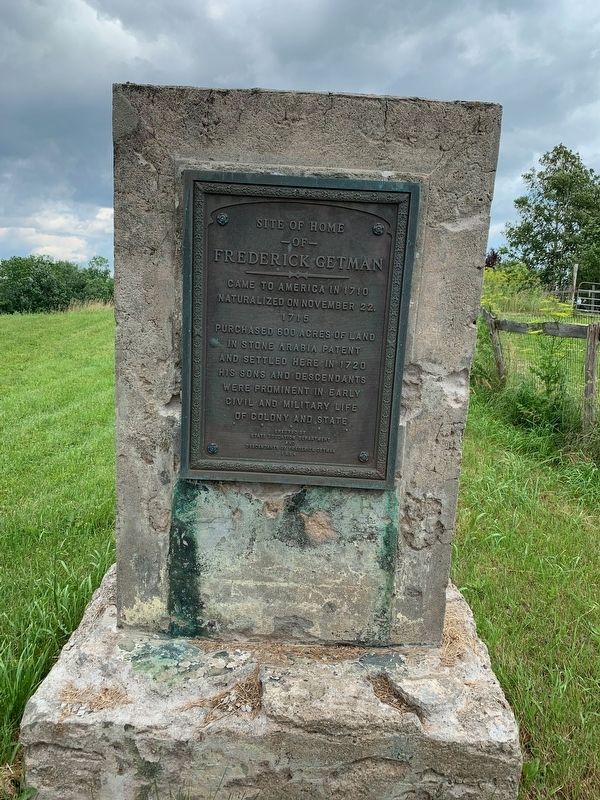 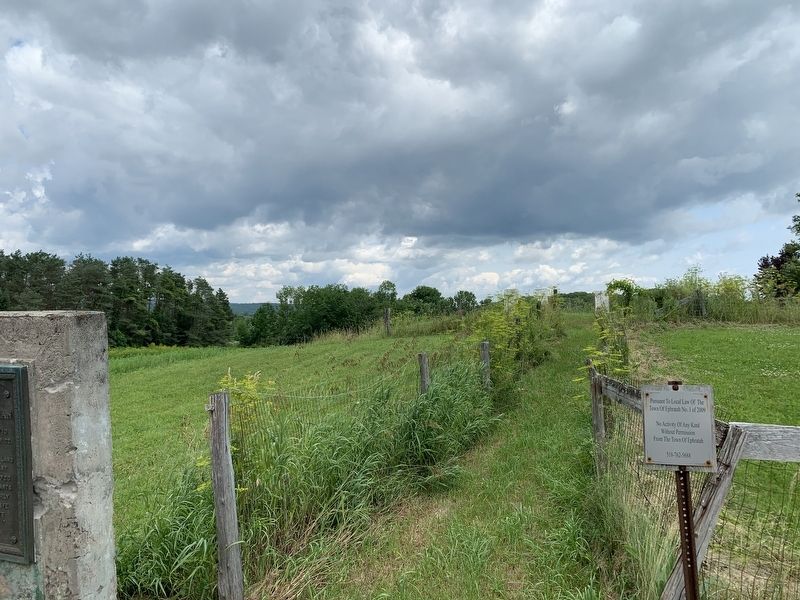