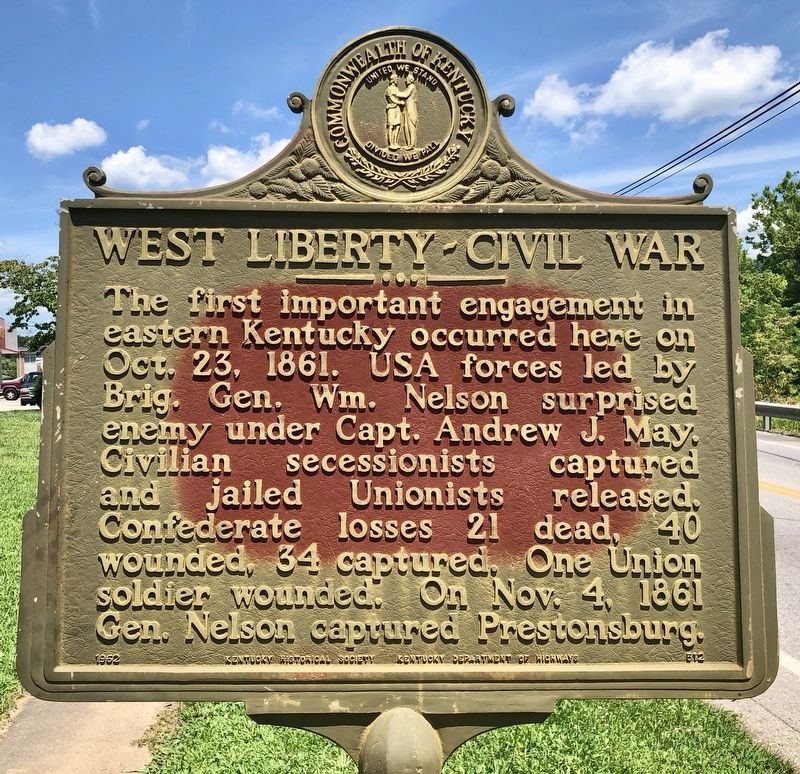 Topics and series. This historical marker is listed in this topic list: War, US Civil. In addition, it is included in the Kentucky Historical Society series list. A significant historical date for this entry is October 4, 1861.

Location. 37° 55.013′ N, 83° 15.668′ W. Marker is in West Liberty, Kentucky, in Morgan County. Marker is on Main Street (U.S. 460) south of Gullett Street, on the right when traveling south. In front of Licking River Rural Electric Cooperative. Touch for map. Marker is at or near this postal address: 271 Main Street, West Liberty KY 41472, United States of America. Touch for directions.

Other nearby markers. At least 8 other markers are within 14 miles of this marker, measured as the crow flies. CSA Gens. Morgan USA (here, next to this marker); Founding of Morgan County / The Old Mill 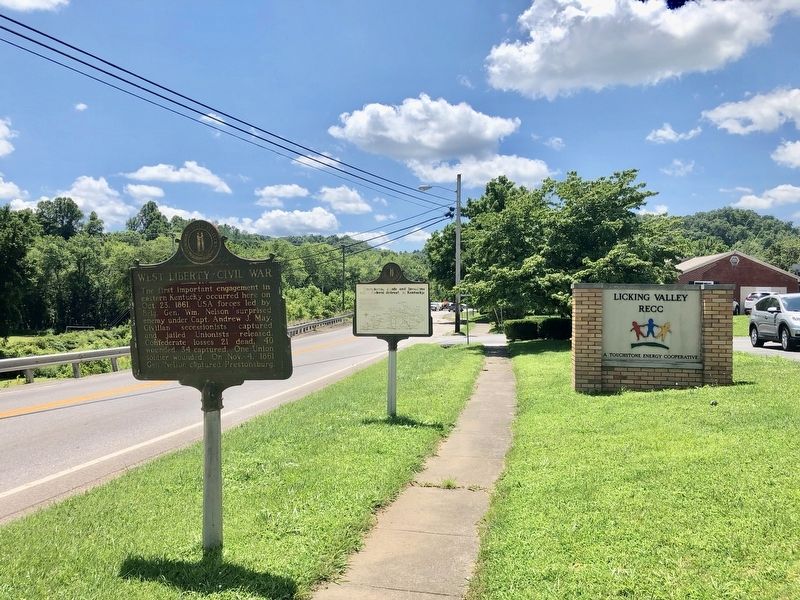 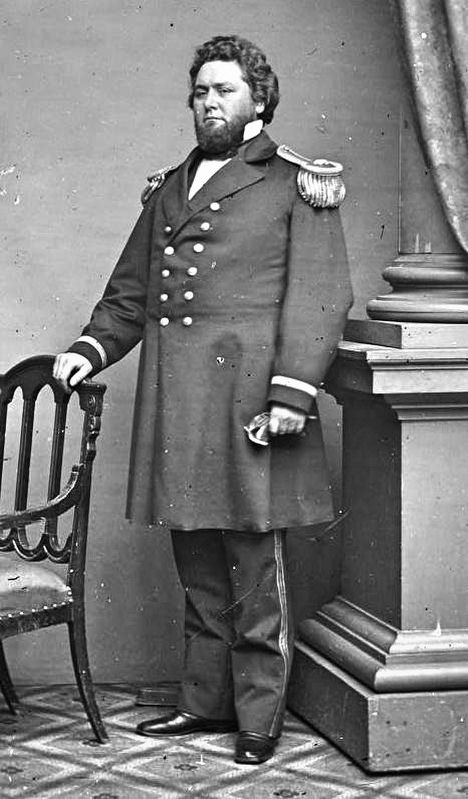