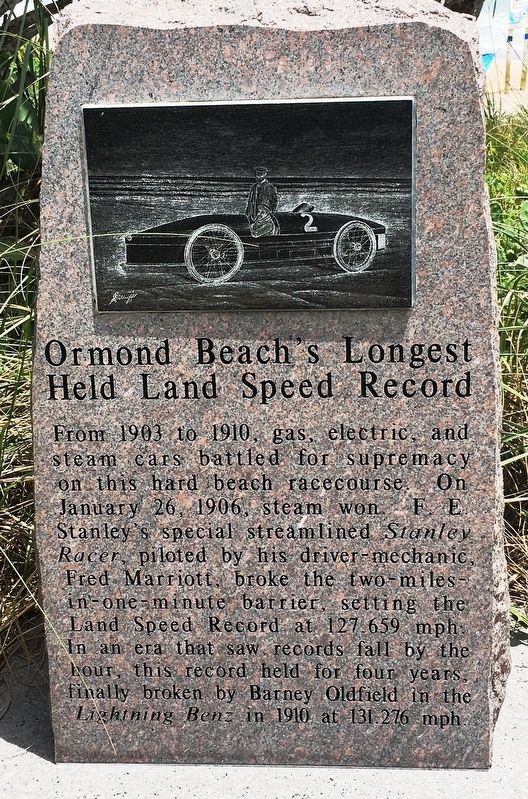 From 1903 to 1910, gas, electric, and steam cars battled for supremacy on this hard beach racecourse. On January 26, 1906, steam won. F.E. Stanley’s special streamlined Stanley Racer, piloted by his driver–mechanic, Fred Marriott, broke the two-miles-in-one-minute barrier, setting the Land Speed Record at 127.659 mph. In an era that saw records fall by the hour, this record held for four years, finally broken by Barney Oldfield in the Lightening Benz in 1910 at 131.276 mph.

Topics. This historical marker is listed in these topic lists: Entertainment • Roads & Vehicles • Sports. A significant historical date for this entry is January 26, 1906.

Location. 29° 17.551′ N, 81° 2.369′ W. Marker is in Ormond Beach, Florida, in Volusia County. Marker can be reached from the intersection of Ocean Shore Boulevard (State Road A1A) and Granada Boulevard, on the right when traveling north. Marker located within Birthplace Of Speed Park. Touch for map. Marker is at or near this postal address: 21 Ocean Shore Blvd, Ormond Beach FL 32176, United States of America. Touch for directions. 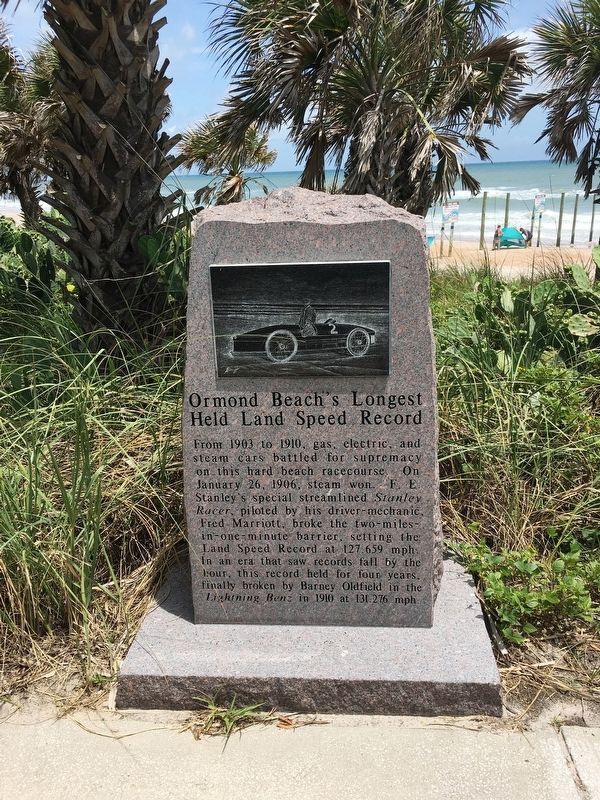 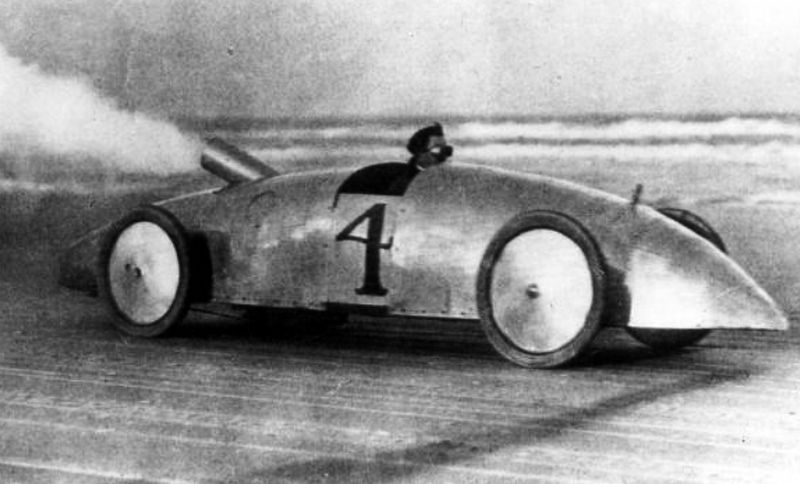