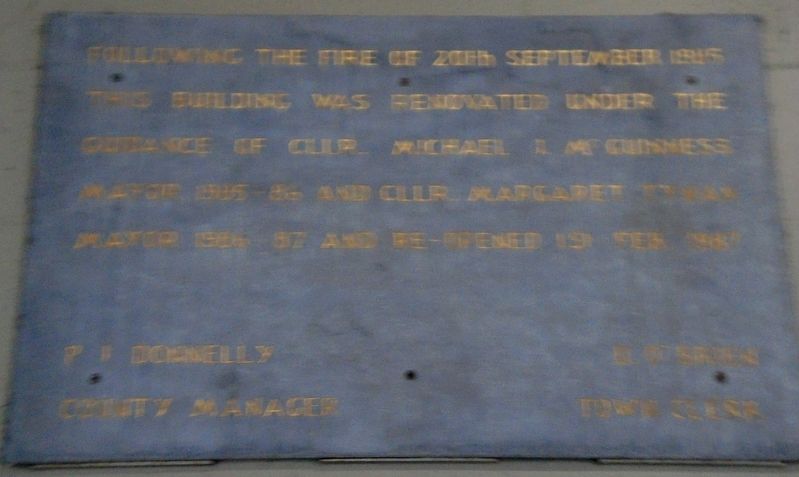 Photographed By William Fischer, Jr., May 16, 2019
1. The Tholsel Renovation Marker
Inscription.
The Tholsel Renovation. .
Following the fire of 20th September 1985 this building was renovated under the guidance of Cllr. Michael I. McGuinness Mayor 1985-86 and Cllr. Margaret Tynan Mayor 1986-87 and re-opened 19th Feb. 1987. . This historical marker was erected in 1987 by City of Kilkenny. It is in Kilkenny in County Kilkenny Leinster Ireland

Topics. This historical marker is listed in this topic list: Notable Buildings. A significant historical date for this entry is September 20, 1985. 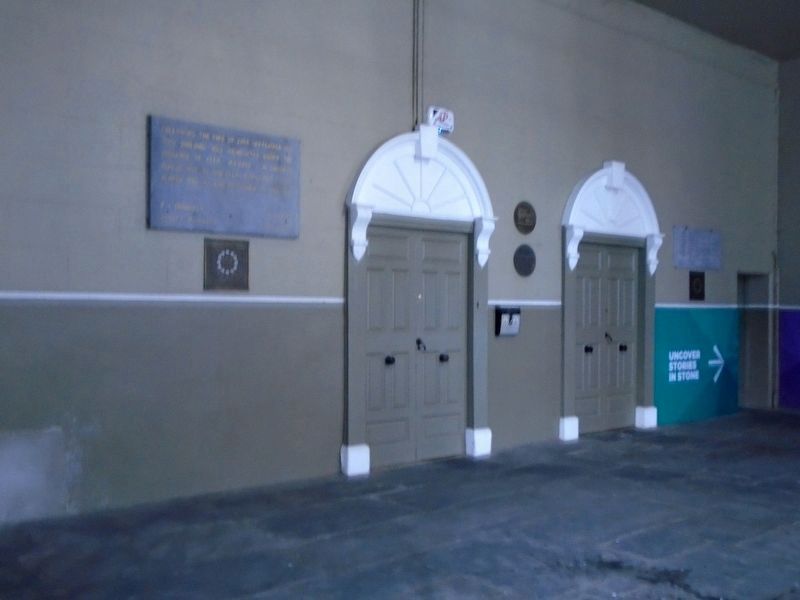 Photographed By William Fischer, Jr., May 16, 2019
2. The Tholsel Renovation Marker
Under the former Market arcade along west elevation 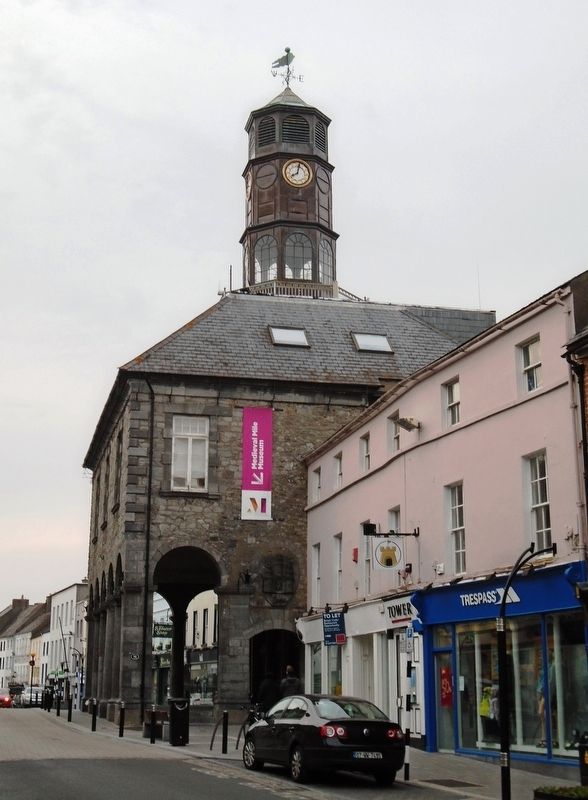