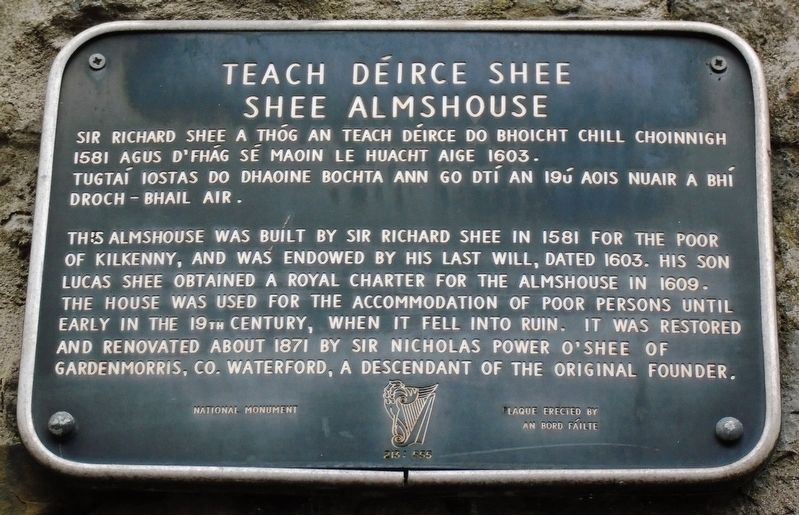 Photographed By William Fischer, Jr., May 17, 2019
1. Teach Déirce Shee / Shee Almshouse Marker
Inscription.
This almshouse was built by Sir Richard Shee in 1581 for the poor of Kilkenny, and was endowed by his last will, dated 1603. His son Lucas Shee obtained a royal charter for the almshouse in 1609. The house was used for the accommodation of poor persons until early in the 19th century, when it fell into ruin. It was restored and renovated about 1871 by Sir Nicholas Power O'Shee of Gardenmorris, Co. Waterford, a descendant of the original founder. . This historical marker was erected by An Bord Fáilte. It is in Kilkenny in County Kilkenny Leinster Ireland