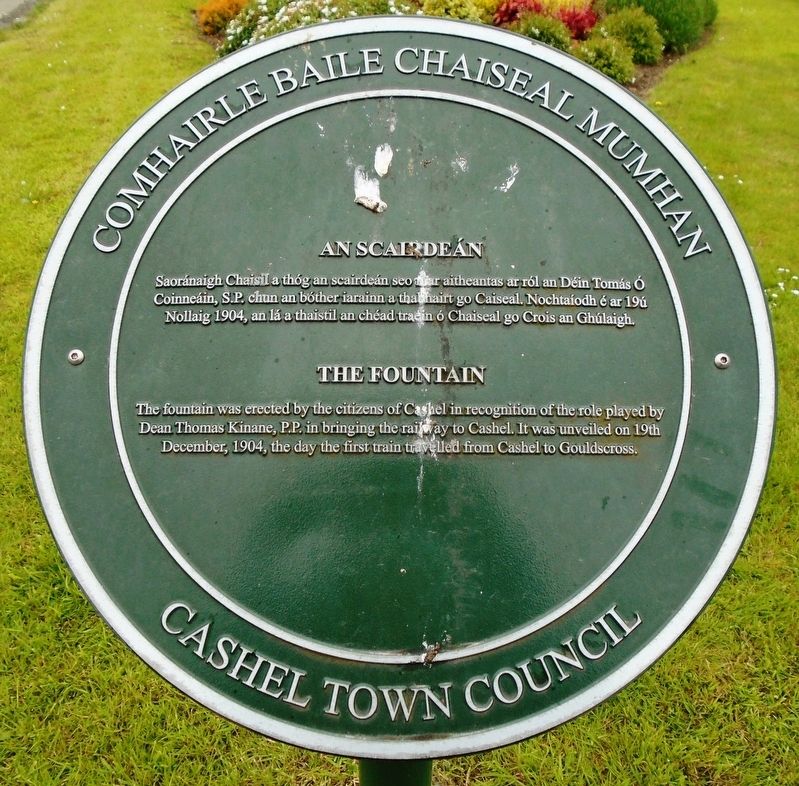 By William Fischer, Jr., May 17, 2019
1. An Scairdeán / The Fountain Marker
Inscription.
The Fountain

The fountain was erected by the citizens of Cashel in recognition of the role played by Dean Thomas Kinane, P.P. in bringing the railway to Cashel. It was unveiled on 19th December, 1904, the day the first train travelled from Cashel to Gouldscross.. . This historical marker was erected by Comhairle Baile Chaiseal Mumhan / Cashel Town Council. It is in Cashel in County Tipperary Munster Ireland