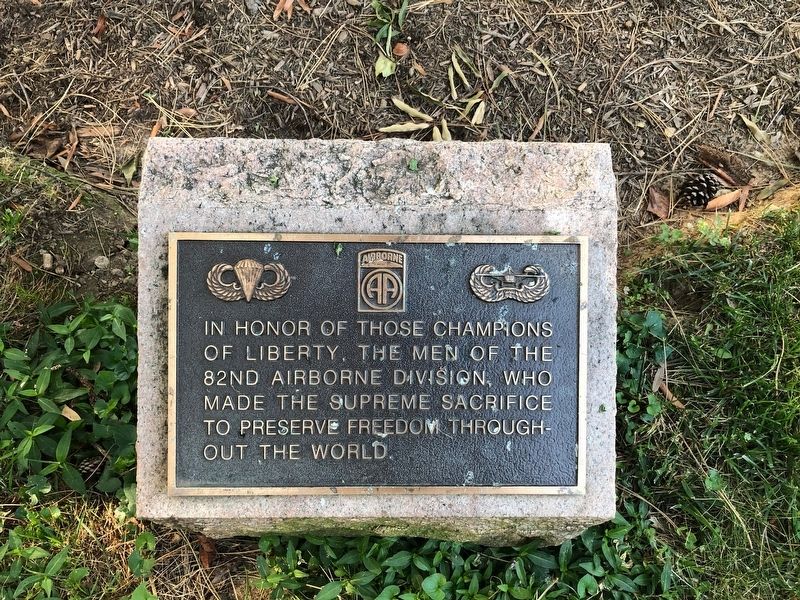 In honor of those champions of liberty, the men of the 82nd Airborne Division, who made the supreme sacrifice to preserve freedom throughout the world.

Topics and series. This memorial is listed in these topic lists: Air & Space • Military. In addition, it is included in the National Cemeteries series list.

Location. 38° 52.64′ N, 77° 4.28′ W. Marker is in Arlington, Virginia, in Arlington County. Memorial is on Roosevelt Drive south of Wilson Avenue, on the right when traveling south. Touch for map. Marker is at or near this postal address: 1 Memorial Avenue, Arlington VA 22214, United States of America. Touch for directions.