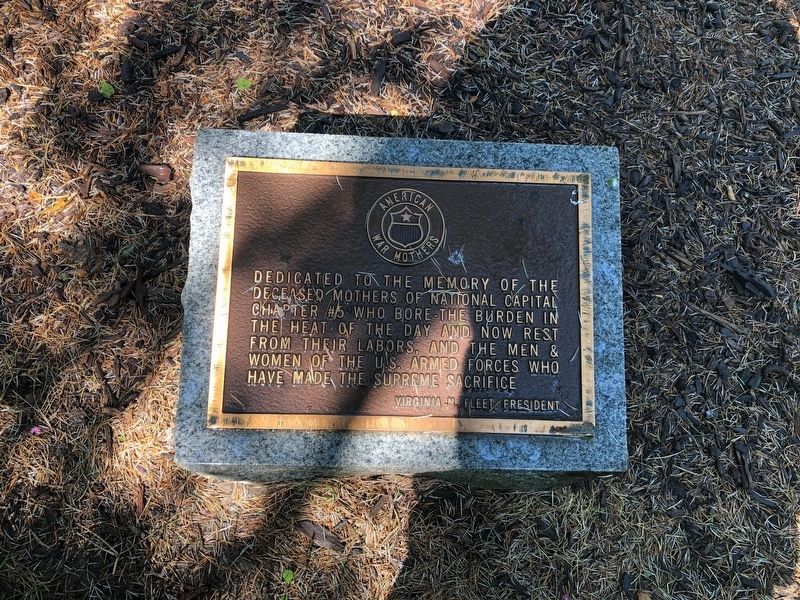 Dedicated to the memory of the deceased mothers of National Capital Chapter #5 who bore-the burden in the heat of the day and now rest from their labors, and the men and women of the U.S. Armed Forces who have made the Supreme Sacrifice
Virginia M. Fleet, President

Topics and series. This memorial is listed in these topic lists: Military • Women. In addition, it is included in the National Cemeteries series list.

Location. 38° 52.461′ N, 77° 4.273′ W. Marker is in Arlington, Virginia, in Arlington County. Memorial is on Roosevelt Drive north of Porter Avenue, on the left when traveling north. Touch for map. Marker is at or near this postal address: 1 Memorial Avenue, Arlington VA 22214, United States of America. Touch for directions. 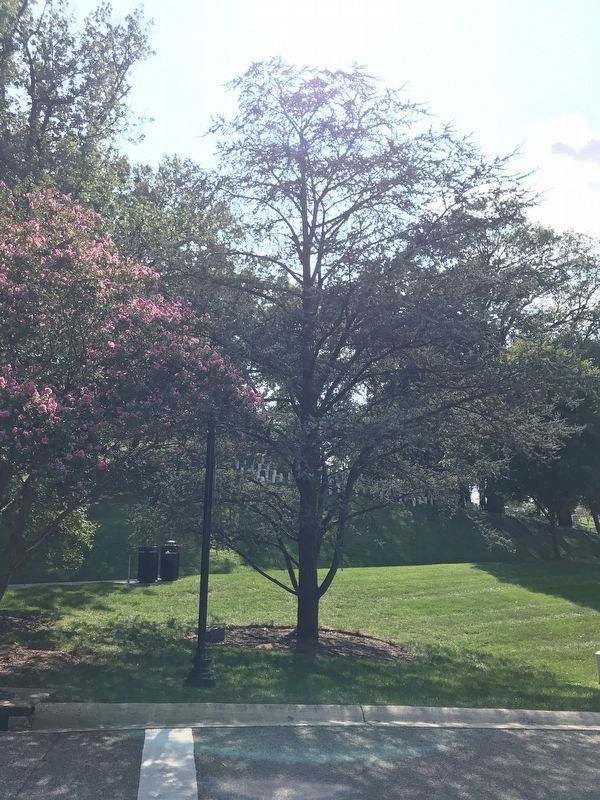 Photographed By Adam Margolis, September 10, 2021
2. American War Mothers Marker
Marker can be seen at the base of the tree, towards the left.