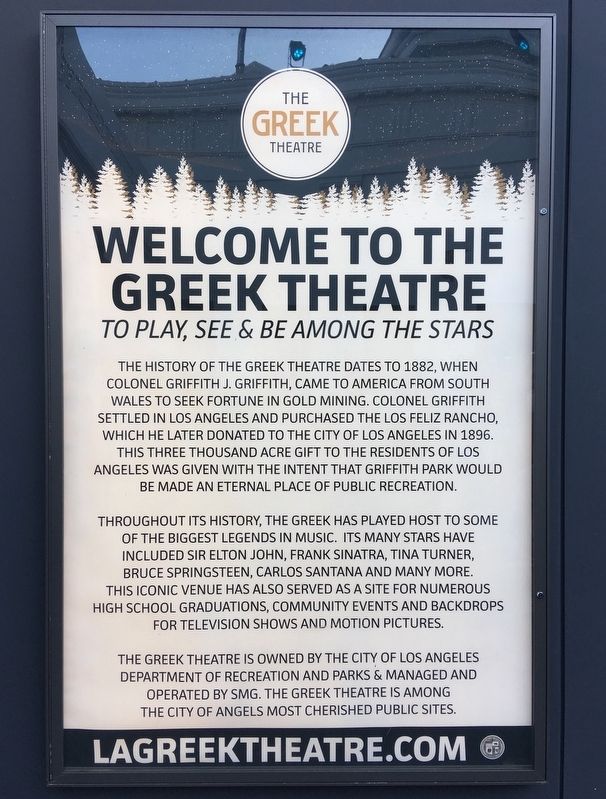 The history of the Greek Theatre dates to 1882, when Colonel Griffith J. Griffith came to America from South Wales to seek fortune in gold mining. Colonel Griffith settled in Los Angeles and purchased the Los Feliz Rancho, which he later donated to the City of Los Angeles in 1896. This three thousand acre gift to the residents of Los Angeles was given with the intent that Griffith Park would be made an eternal place of public recreation.

Throughout its history, the Greek has played host to some of the biggest legends in music. Its many stars have included Sir Elton John, Frank Sinatra, Tina Turner, Bruce Springsteen, Carlos Santana and many more. This iconic venue has also served as a site for numerous high school graduations, community events and backdrops for television shows and motion pictures.

Welcome to the Greek Theatre, to play, see & be among the stars. 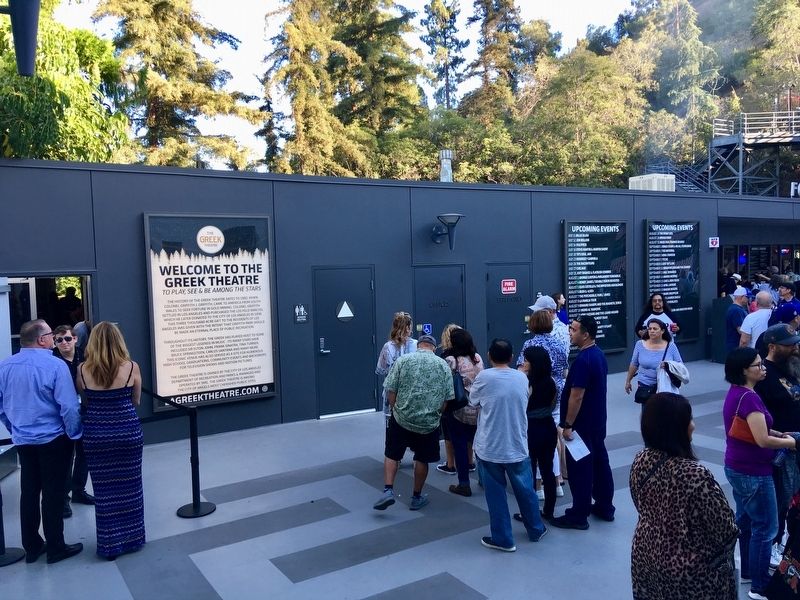 Click or scan to see
this page online
City of Los Angeles.

Location. 34° 7.173′ N, 118° 17.752′ W. Marker is in Los Angeles, California, in Los Angeles County. Marker can be reached from North Vermont Avenue, one mile north of Los Feliz Boulevard, on the left when traveling north. The marker is located inside the south entrance, only accessible during a performance. Touch for map. Marker is at or near this postal address: 2700 N Vermont Ave, Los Angeles CA 90027, United States of America. Touch for directions.

Regarding The Greek Theatre. When Griffith J. Griffith was alive, he and his contributions were controversial. He was not a Colonel, he gave himself that title. In 1903 during a drunken rage 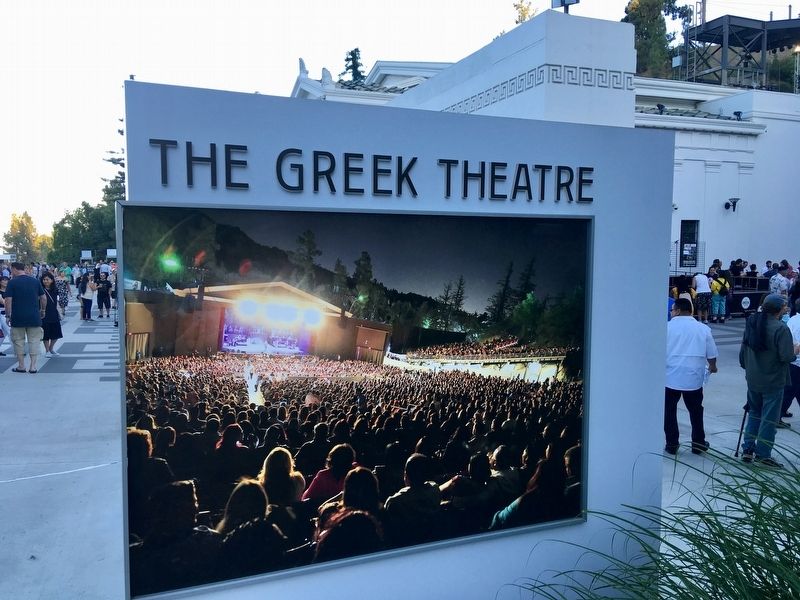 Photographed By Craig Baker, July 27, 2019
3. The Greek Theatre
he shot his wife, causing her to lose an eye, and he served two years in prison. The public thought his light sentence was because of the land he donated for a park. In 1912 he tried to donate money to build a Greek theater and an observatory in the park, but the offer was refused, so he put it in his will. He did not receive acclaim until nearly 80 years after his death when in 1996 his statue was installed in the park, and tribute markers were added at the Griffith Observatory and Greek Theater. 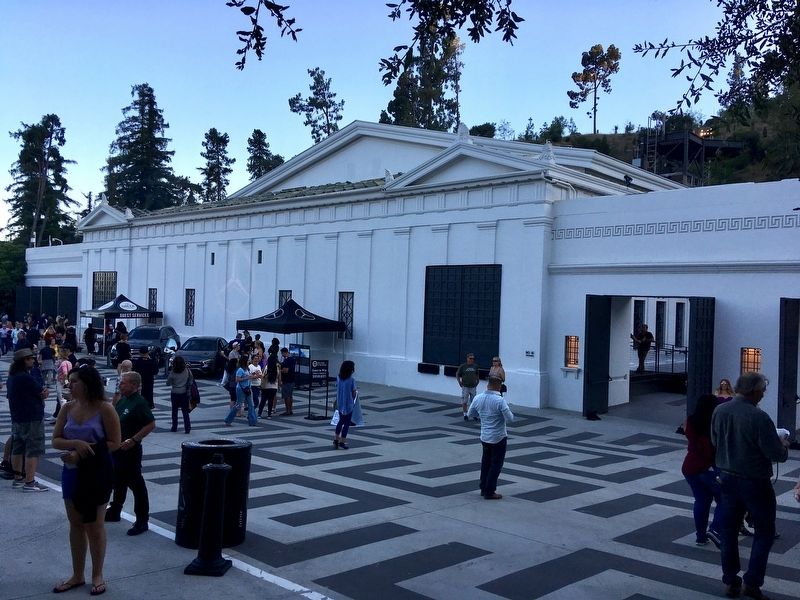 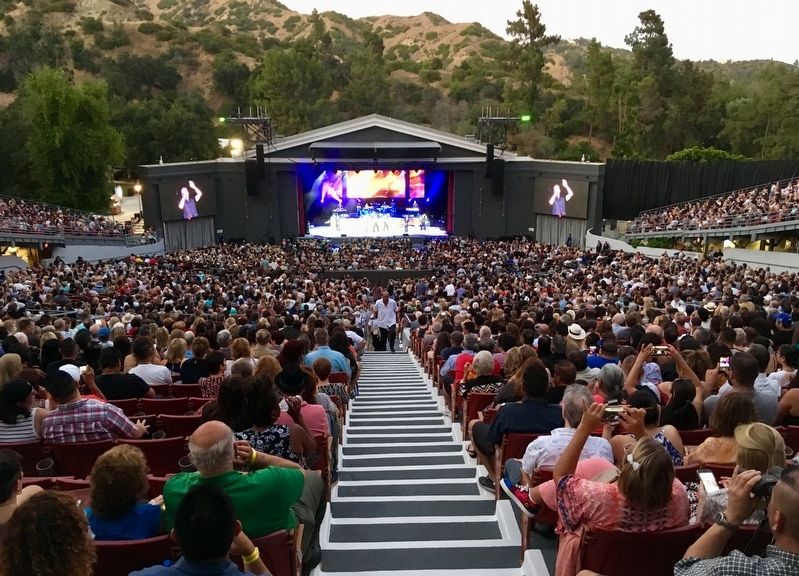