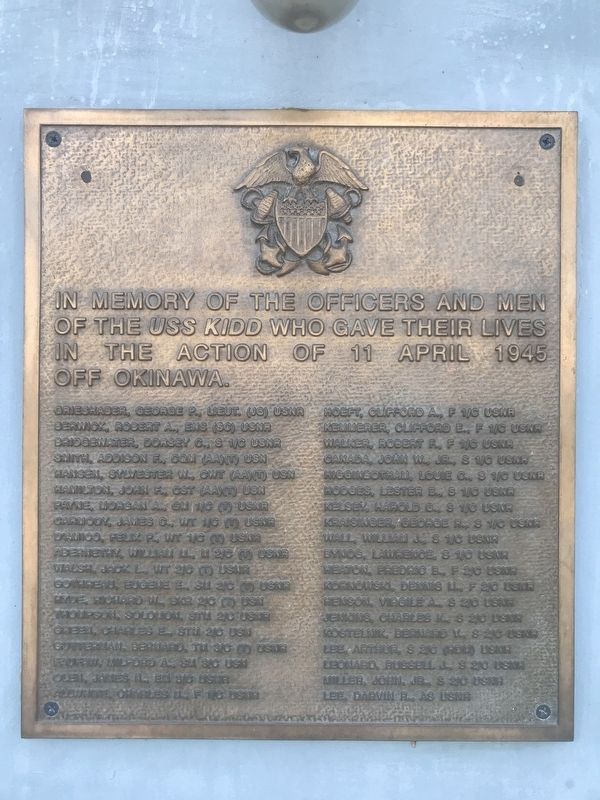 In memory of the Officers and men of the USS Kidd who gave their lives in the action of 11 April 1945 off Okinawa. 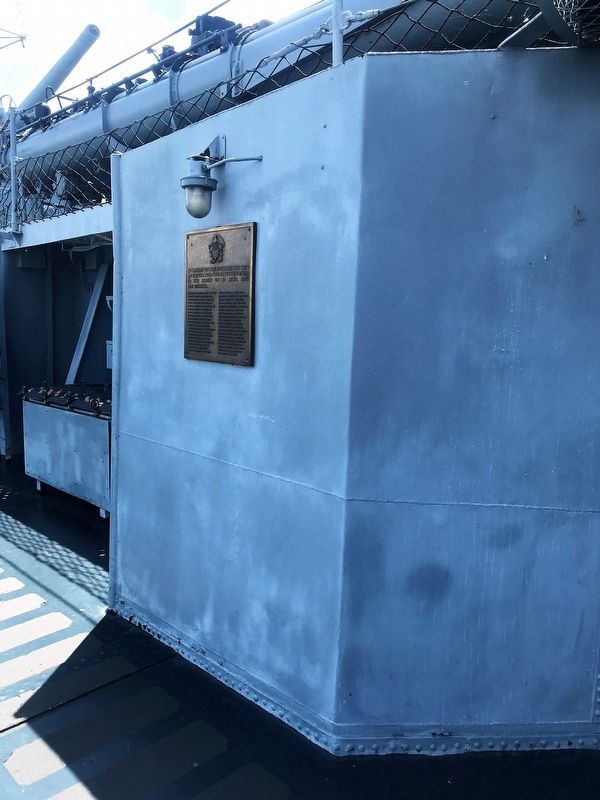