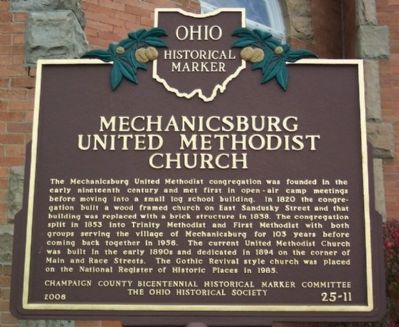 The Mechanicsburg United Methodist congregation was founded in the early nineteenth century and met first in open-air camp meetings before moving into a small log school building. In 1820 the congregation built a wood framed church on East Sandusky Street and that building was replaced with a brick structure in 1838. The congregation split in 1853 into Trinity Methodist and First Methodist with both groups serving the village of Mechanicsburg for 103 years before coming back together in 1956. The current United Methodist Church was built in the early 1890s and dedicated in 1894 on the corner of Main and Race Streets. The Gothic Revival style church was placed on the National Register of Historic Places in 1985. 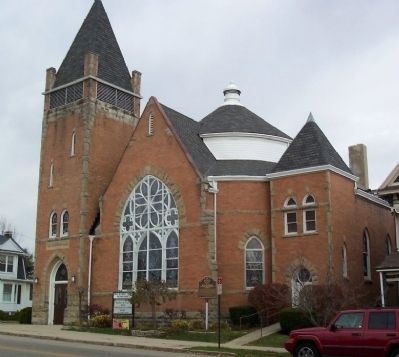 Click or scan to see
this page online
. In addition, it is included in the Ohio Historical Society / The Ohio History Connection series list. A significant historical year for this entry is 1820.

Related markers. Click here for a list of markers that are related to this marker. The Methodist Churces of Mechanicsburg 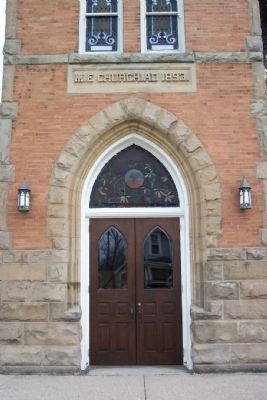 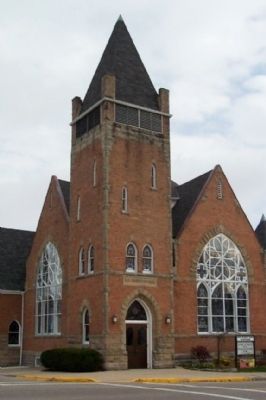 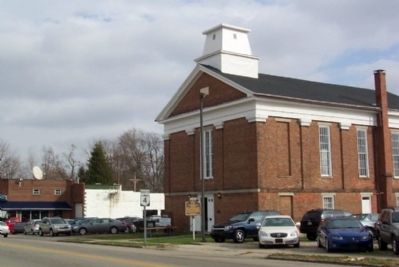