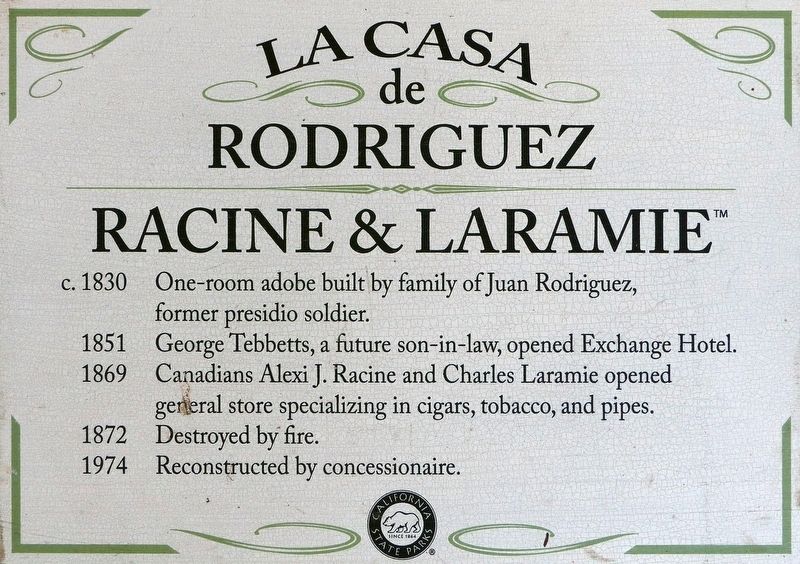 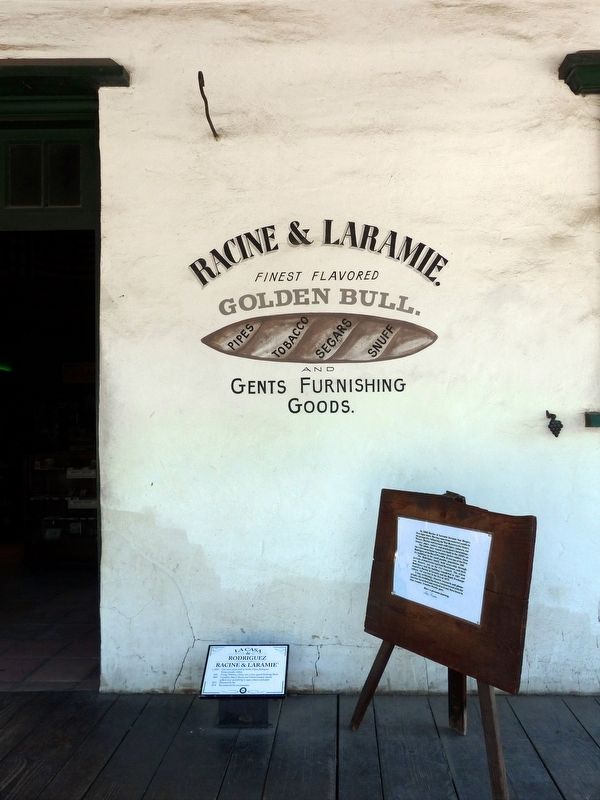 More about this marker. The building and marker are located within San Diego State Historic Park. 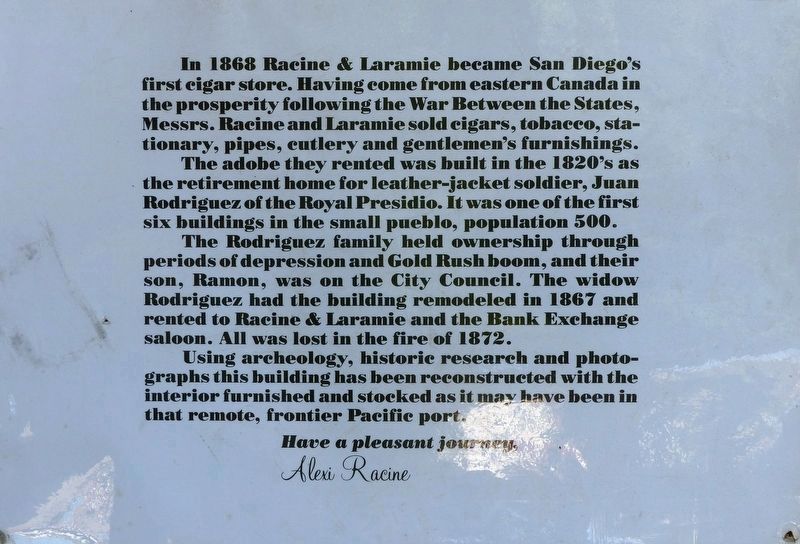 Photographed By Allen C. Browne, May 31, 2015
3. Have a pleasant Journey
In 1868 Racine & Laramie became San Diego's first cigar store. Having come from eastern Canada in the prosperity following the War Between the States, Messrs. Racine and Laramie sold cigars, tobacco, stationary, pipes, cutlery and gentlemen's furnishings.

The adobe they rented was built in the 1820's as the retirement home for leather-jacket soldier, Juan Rodriguez of the Royal Presidio. It was one of the first six buildings in the small pueblo, population 500.

The Rodriguez family held ownership through periods of depression and Gold Rush boom, and their son, Ramon, was on the City Council. The widow Rodriguez had the building remodeled in 1867 and rented to Racine & Laramie and the Bank Exchange saloon. All was lost in the fire of 1872.

Using archeology, historic research and photographs this building has been reconstructed with the interior furnished and stocked as it may have been in that remote, frontier Pacific port.

Have a pleasant Journey
Alexi Racine 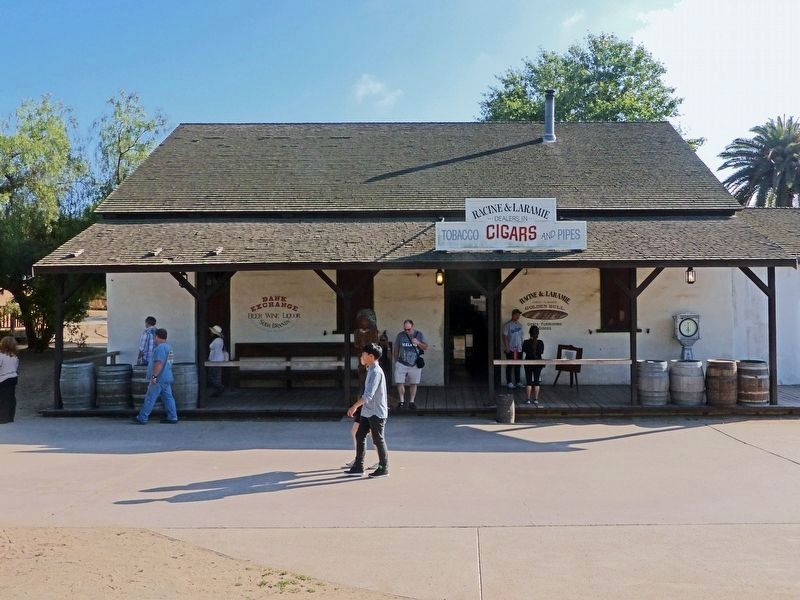 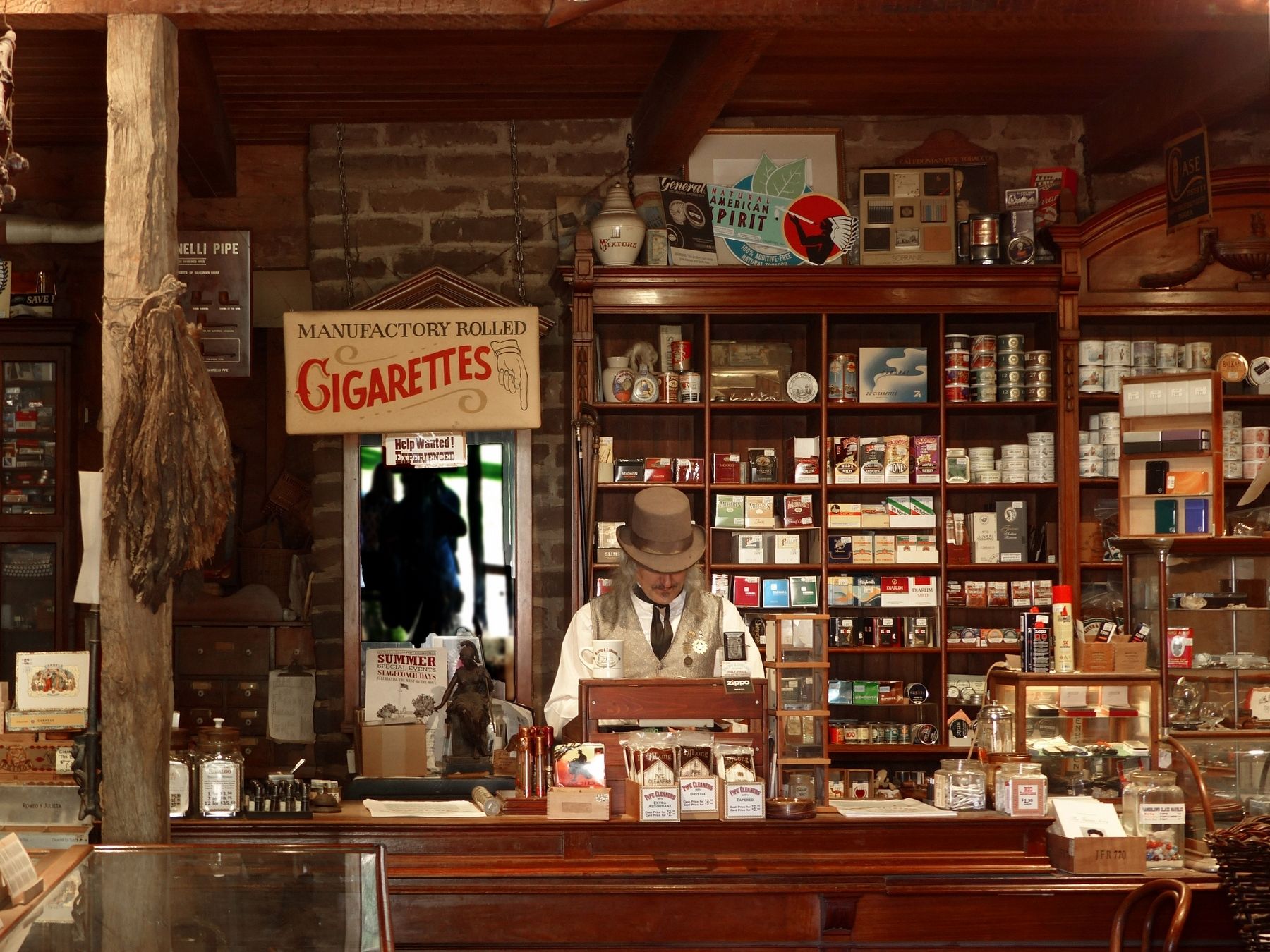