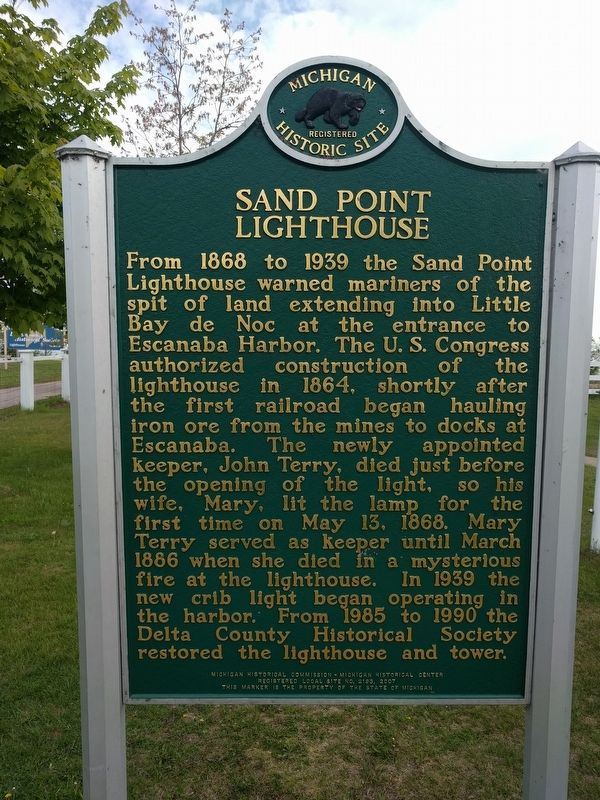 Sand Point Lighthouse
From 1868 to 1939 the Sand Point Lighthouse warned mariners of the spit of land extending into Little Bay de Noc at the entrance to Escanaba Harbor. The U.S. Congress authorized construction of the lighthouse in 1864, shortly after the first railroad began hauling iron ore from the mines to docks at Escanaba. The newly appointed keeper, John Terry, died just before the opening of the light, so his wife, Mary, lit the lamp for the first time on May 13, 1868. Mary Terry served as keeper until March 1886 when she died in a mysterious fire at the lighthouse. In 1939 the new crib light began operating in the harbor. From 1985 to 1990 the Delta County Historical Society restored the lighthouse and tower.

Squaw Point Boathouse
This boathouse was built at the Squaw Point Lighthouse, on the eastern shore of Little Bay de Noc, in 1897. When Squaw Point was furnished with an acetylene lantern in 1914, that lighthouse was left unmanned, and the boathouse and a motorboat were moved to Sand Point. The Sand Point keeper was given the responsibility of tending the new "Sunvalve" torch at Squaw Point, 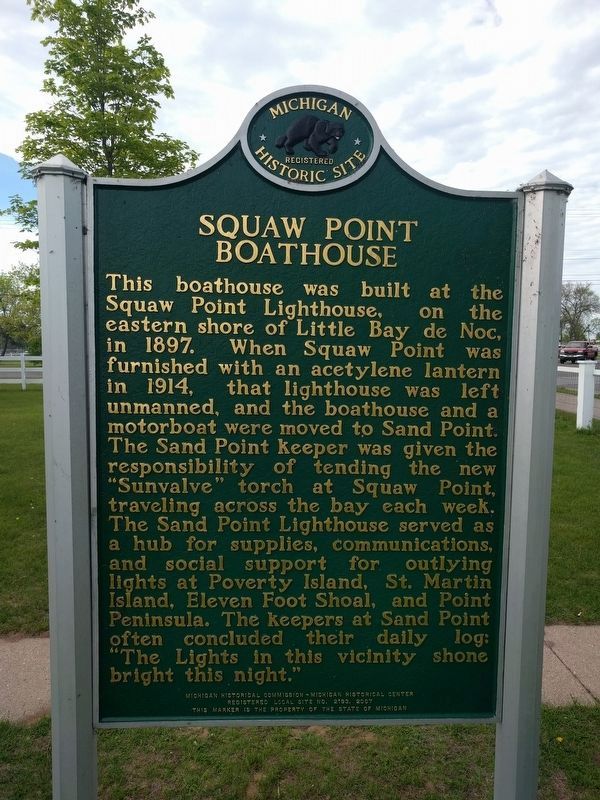 Topics and series. This historical marker is listed in these topic lists: Communications • Waterways & Vessels. In addition, it is included in the Lighthouses, and the Michigan Historical Commission series lists. 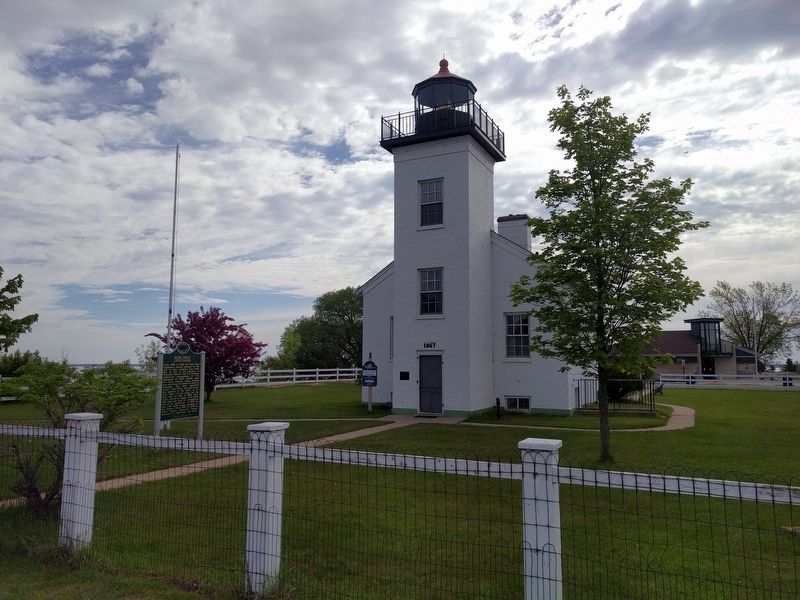 3. Mary Terry, Keeper of the Sand Point Lighthouse 1868 - 1886. Information about Mary Terry on the Exploring the North website. (Submitted on July 30, 2019, by Joel Seewald of Madison Heights, Michigan.) 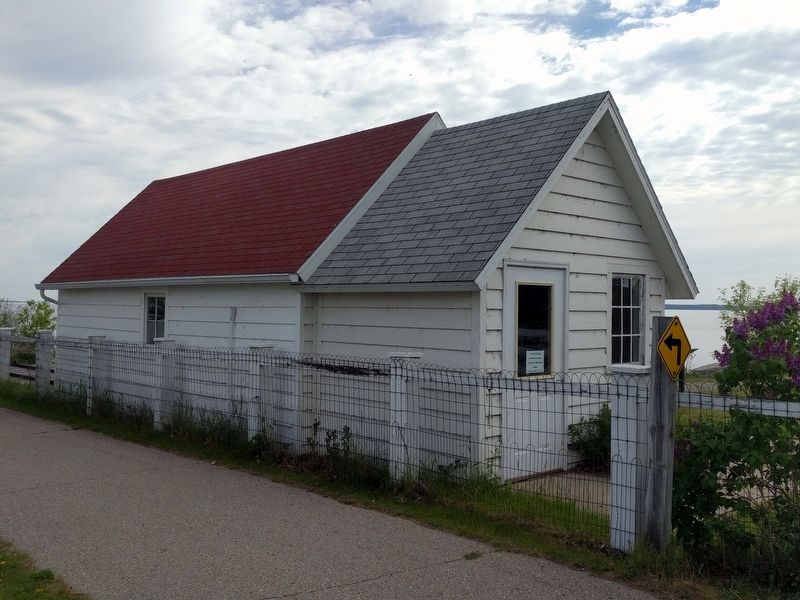 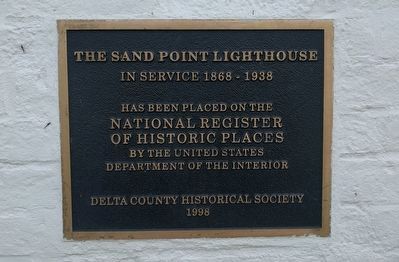 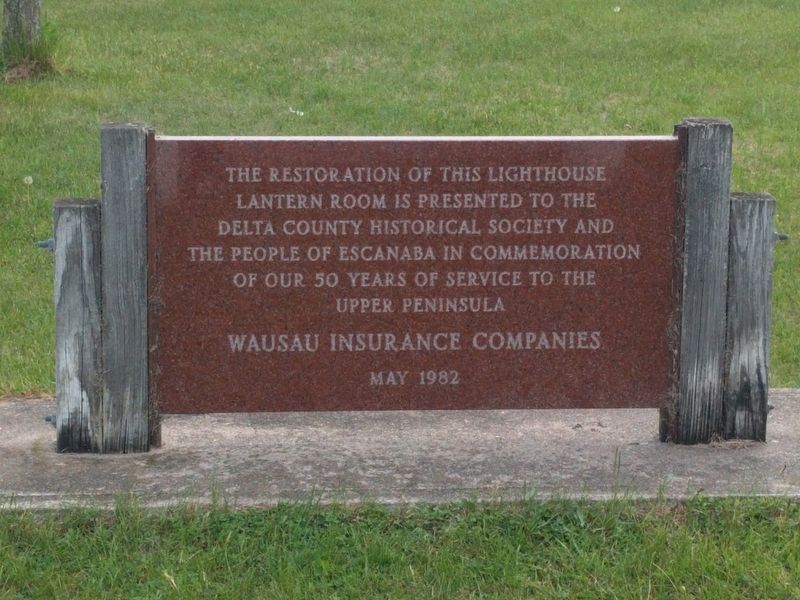 By Joel Seewald, June 9, 2019
6. Lantern room commemoration monument
The restoration of this lighthouse lantern room is presented to the Delta County Historical Society and the people of Escanaba in commemoration of our 50 years of service to the Upper Peninsula.