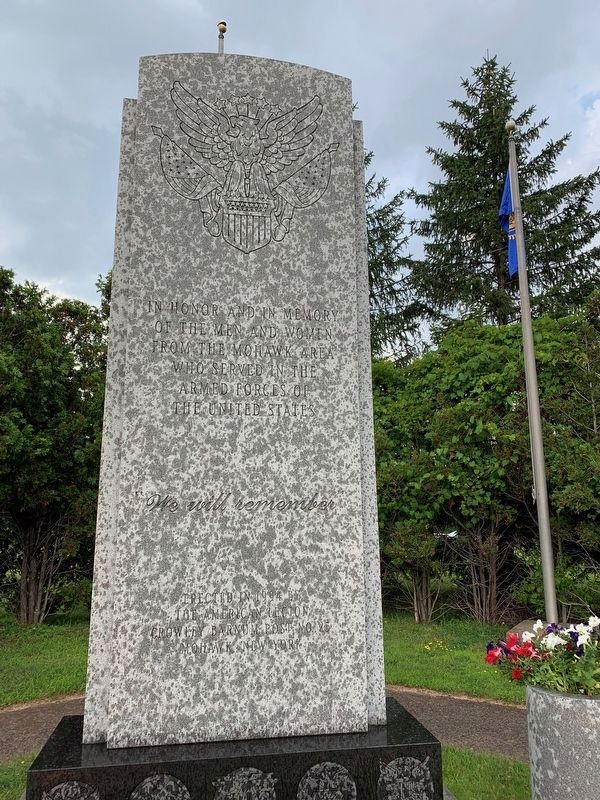 Photographed By Steve Stoessel, July 28, 2019
1. Mohawk War Memorial
Inscription.
Mohawk War Memorial. . , In honor and in memory of the men and women from the Mohawk area who served in the armed forces of the United States, We Will Remember , . This memorial was erected in 1994 by American Legion, Crowley Barnum Post No. 25. It is in Mohawk in Herkimer County New York

Location. 43° 0.877′ N, 74° 59.7′ W. Marker is in Mohawk, New York, in Herkimer County. Memorial is at the intersection of Route 5S and East Main Street, on the left when traveling east on Route 5S. On northeast corner. Touch for map. Marker is in this post office area: Mohawk NY 13407, United States of America. Touch for directions. 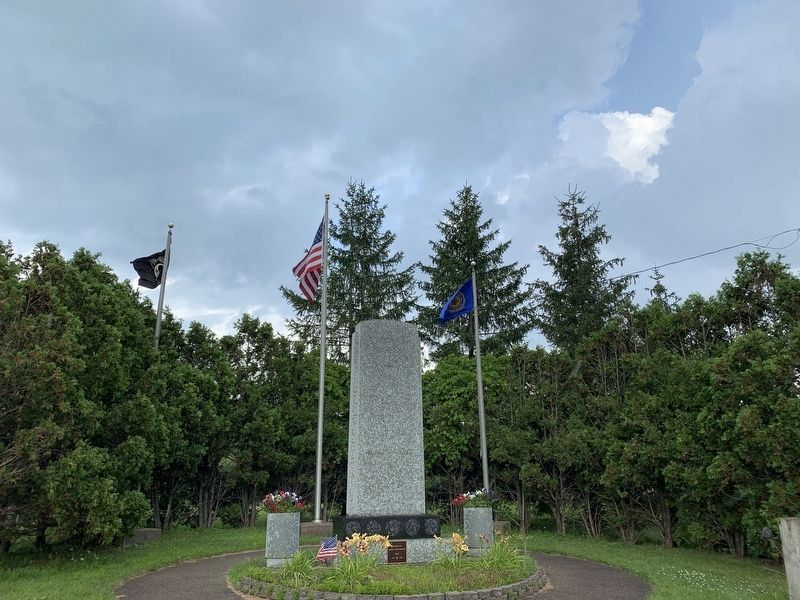