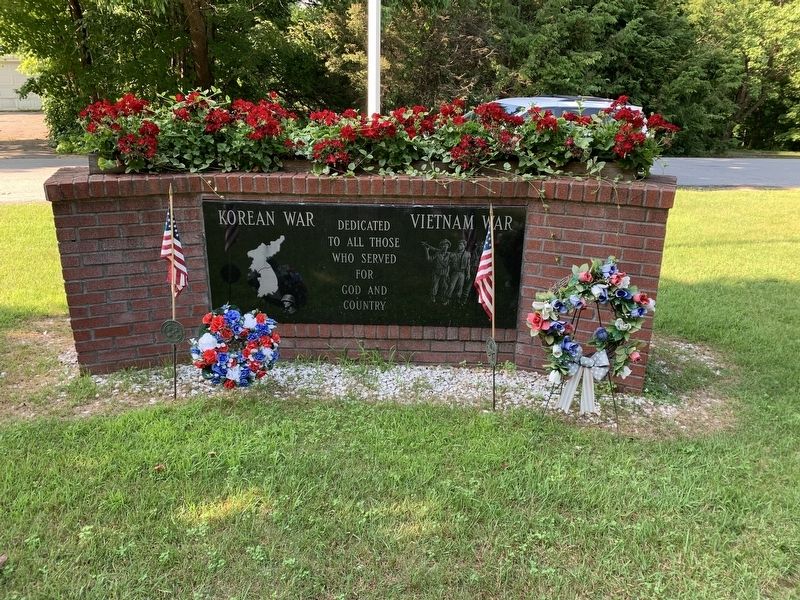 Photographed By Steve Stoessel, July 5, 2019
1. Hadley Korean War and Vietnam War Memorials Marker
Inscription.
Hadley and Lake Luzerne Korean War and Vietnam War Memorial. . Dedicated to all those who served for God and Country . This memorial was erected in 1992 by Town of Hadley, Town of Lake Luzerne, American Legion Post #862. It is in Hadley in Saratoga County New York

Dedicated to all those who served for God and Country

Location. 43° 19.043′ N, 73° 50.675′ W. Marker is in Hadley, New York, in Saratoga County. Memorial is at the intersection of Rockwell Street (County Route 4) and Circular Street, on the right when traveling west on Rockwell Street. Touch for map. Marker is in this post office area: Hadley NY 12835, United States of America. Touch for directions. 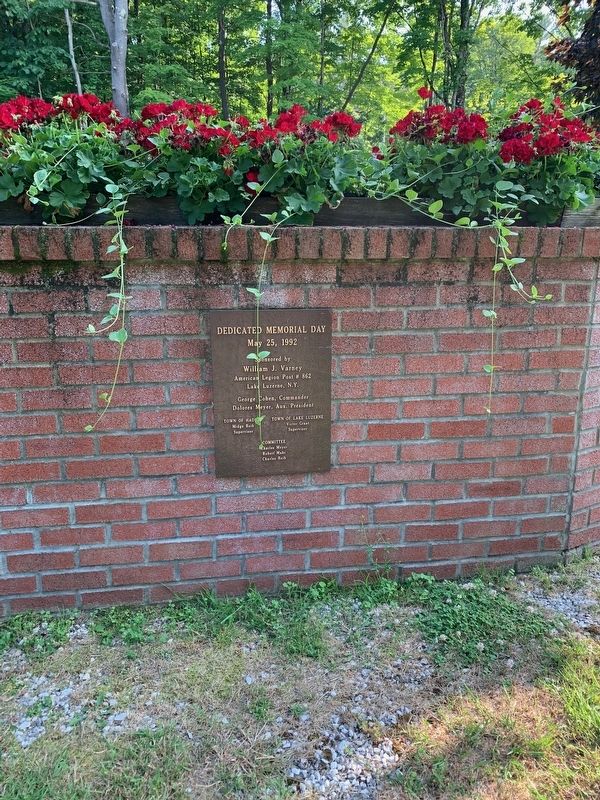