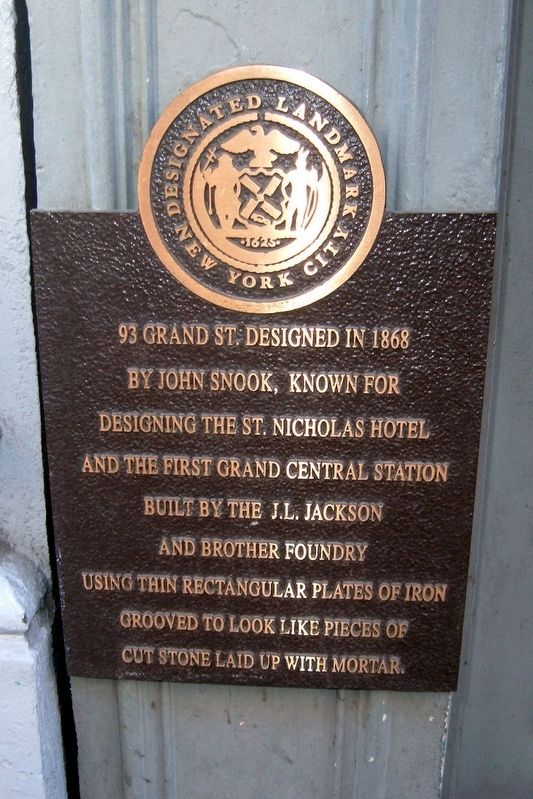 Designed in 1868 by John Snook, known for designing the St. Nicholas Hotel and the First Grand Central Station
Built by the J.L. Jackson and Brother Foundry using thin rectangular plates of iron grooved to look like pieces of stone laid up with mortar.

Topics. This historical marker is listed in this topic list: Architecture. A significant historical year for this entry is 1868. 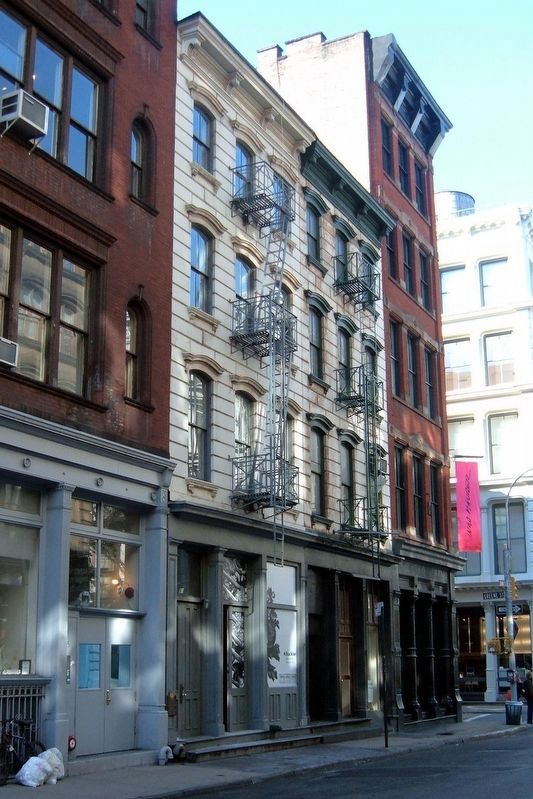