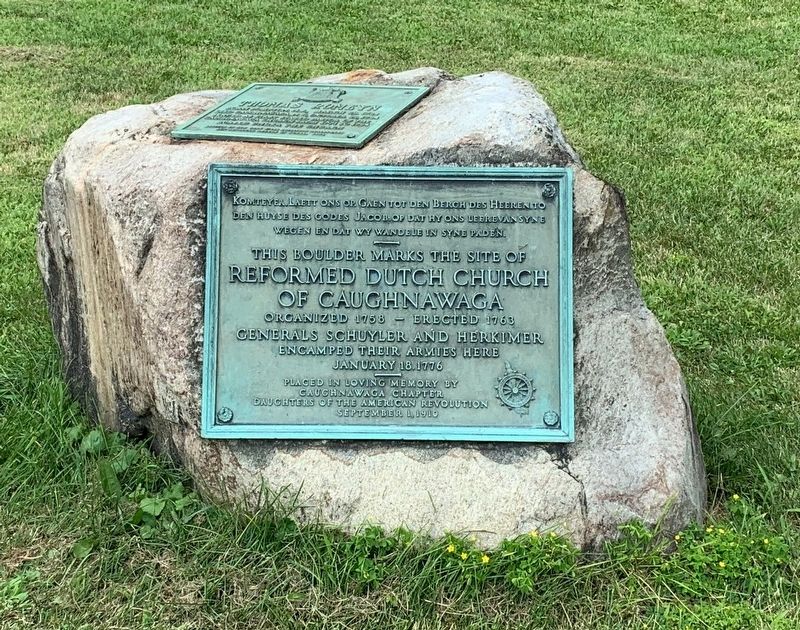 Other nearby markers. At least 8 other markers are within walking distance of this marker. Thomas Romeyn (here, next to this marker); Caughnawga Church (a few steps from this marker); Fonda Cemetery (about 800 feet away, measured in a direct line); Douw Fonda (approx. 0.3 miles away); Fonda Tavern (approx. 0.4 miles away); Jail Limit Marker (approx. half 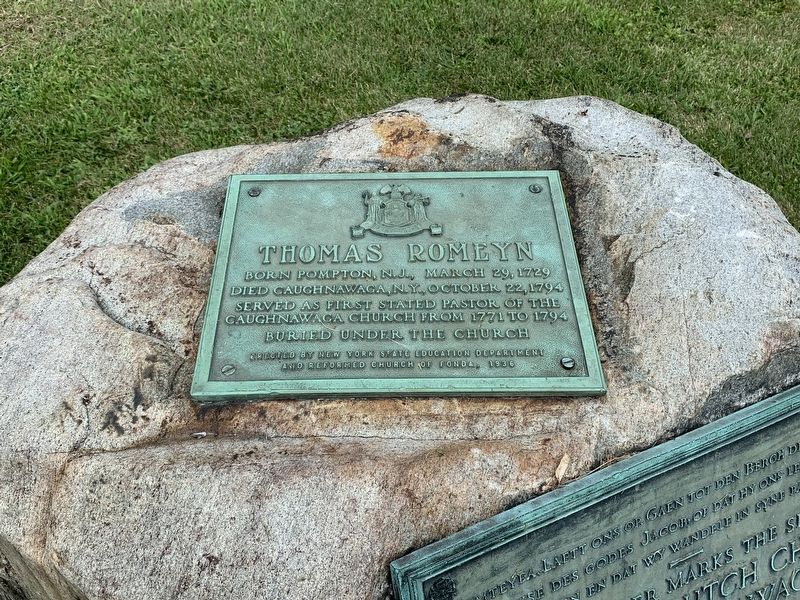 More about this marker. The first part of the the inscription is in Dutch. It is a Biblical quote and a suitable English translation is shown in the boldface below:

But in the last days it shall come to pass, that the mountain of the house of the ... shall come, and say, Come, and let us go up to the mountain of the Lord, and to ... the God of Jacob; and he will teach us of his ways, and we will walk in his paths: ... nations afar off; and they shall beat their swords into plowshares...