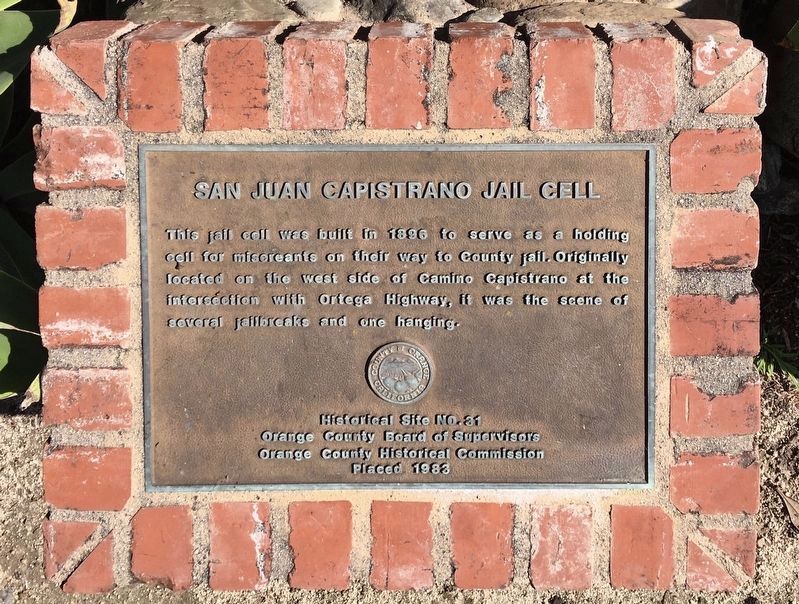 This jail cell was built in 1896 to serve as a holding cell for miscreants on their way to County jail. Originally located on the west side of Camino Capistrano at the intersection with Ortega Highway, it was the scene of several jailbreaks and one hanging.

Topics. This historical marker is listed in this topic list: Landmarks. A significant historical year for this entry is 1896. 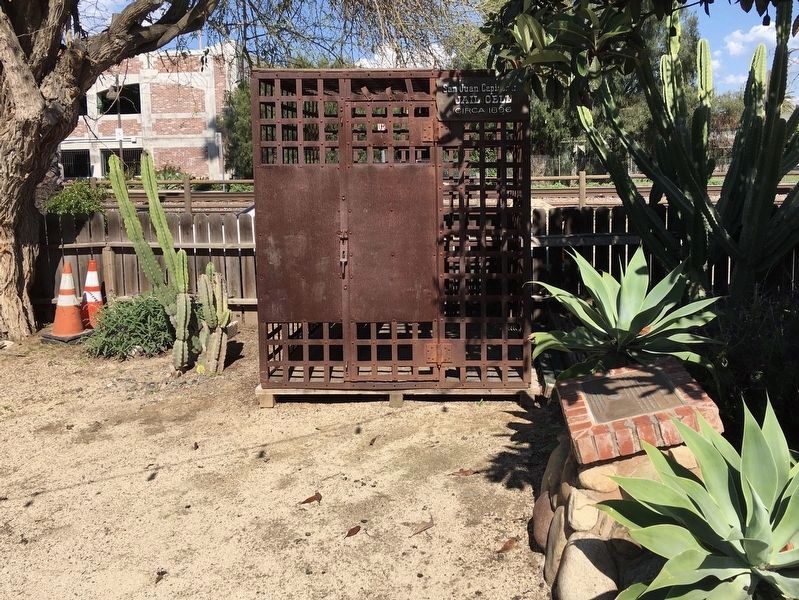 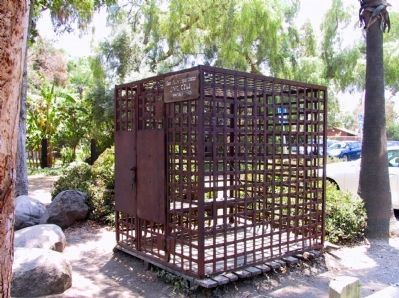