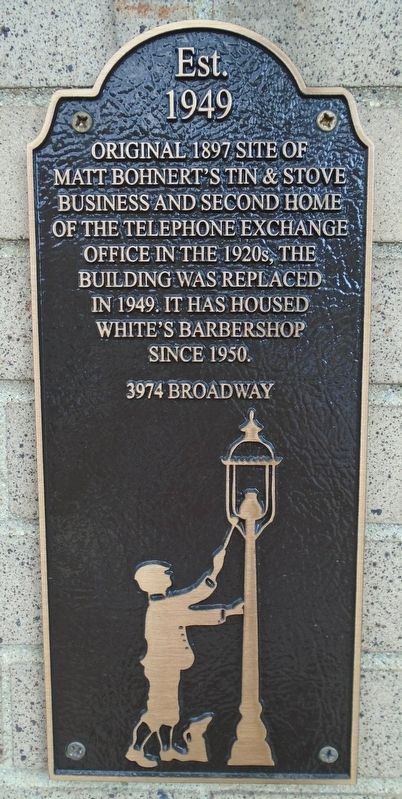 Photographed By William Fischer, Jr., August 5, 2019
1. 3974 Broadway Marker
Inscription.
Original 1897 site of Matt Bohnert's tin and stove business and second home of the Telephone Exchange Office in the 1920s, the building was replaced in 1949. It has housed White's Barbershop since 1950.. . This historical marker is in Grove City in Franklin County Ohio