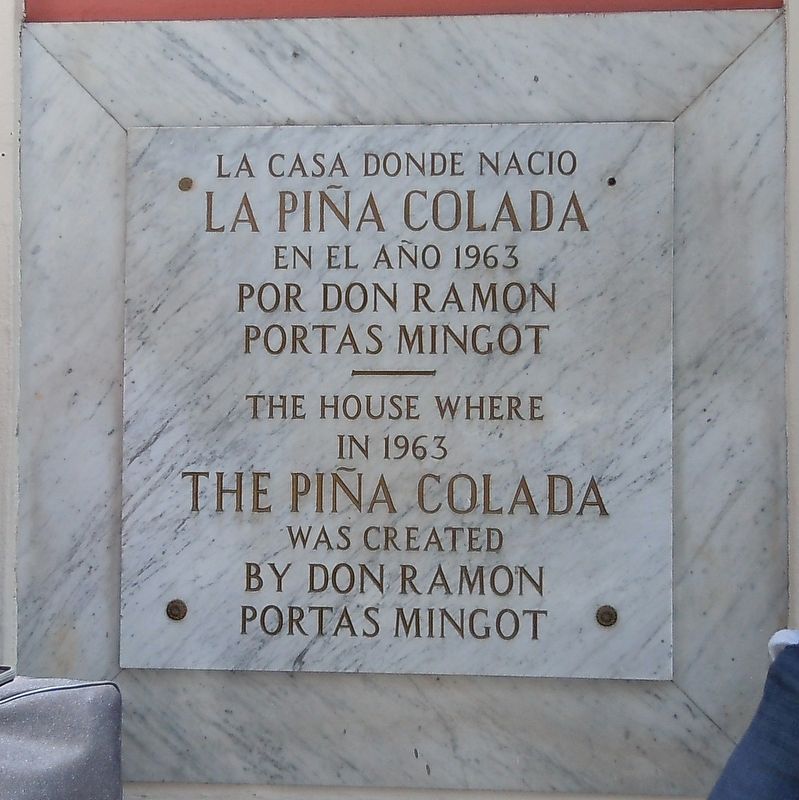 By Douglass Halvorsen, August 10, 2019
1. Piña Colada Made Famous Marker
Inscription.
The House Where In 1963 The Piña Colada Was Created By Don Ramon Portas Mingot. . This historical marker is in San Juan in San Juan Municipality Puerto Rico