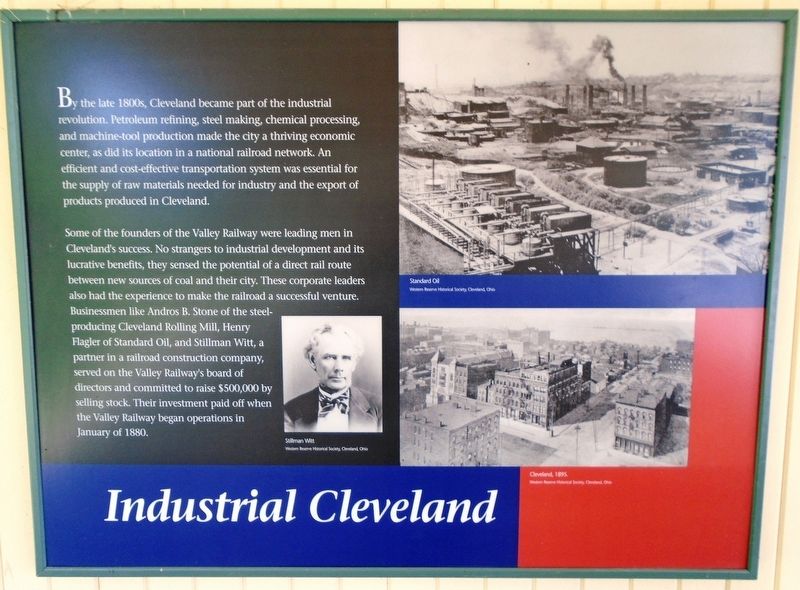 By the late 1800s, Cleveland became part of the industrial revolution. Petroleum refining, steel making, chemical processing, and machine-tool production made the city a thriving economic center, as did its location in a national railroad network. An efficient and cost-effective transportation system was essential for the supply of raw materials needed for industry and the export of products produced in Cleveland.

Some of the founders of the Valley Railway were leading men in Cleveland's success. No strangers to industrial development and its lucrative benefits, they sensed the potential of a direct rail route between new sources of coal and their city. These corporate leaders also had the experience to make the railroad a successful venture. Businessmen like Andros B. Stone of the steel-producing Cleveland Rolling Mill, Henry Flagler of Standard Oil, and Stillman Witt, a partner in a railroad construction company, served on the Valley Railway's board of directors and committed to raise $500,000 by selling stock. Their investment paid off when the Valley Railway began operations in January of 1880.

. Stillman Witt . This historical marker is in Independence in Cuyahoga County Ohio