The Church of Saint Alphonsus 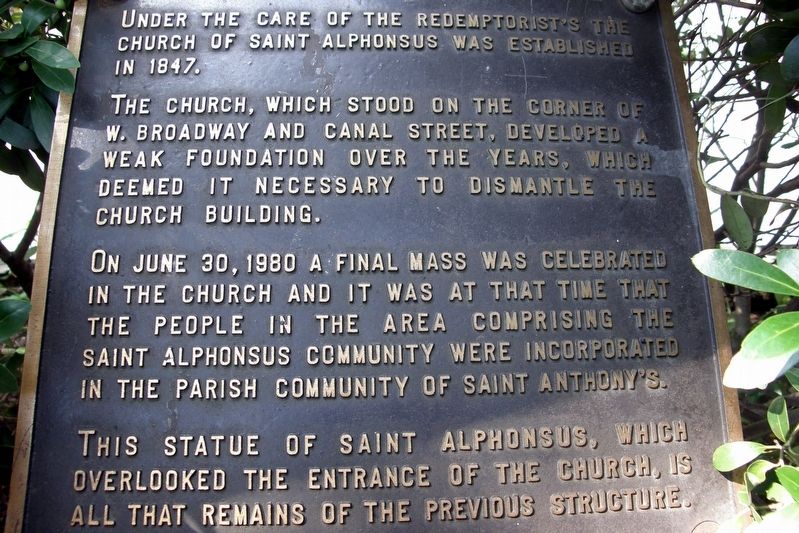 Under the care of Redemptorist’s the Church of Saint Alphonsus was established in 1847.

The church, which stood on the corner of W. Broadway and Canal Street, developed a weak foundation over the years, which deemed it necessary to dismantle the church building.

On June 30, 1980 a final mass was celebrated in the church and it was at that time that the people in the area comprising the Saint Alphonsus community were incorporated into the parish community of Saint Anthony’s.

This statue of Saint Alphonsus, which overlooked the entrance of the church, is all that remains of the previous structure.

Topics. This historical marker is listed in this topic list: Churches & Religion. A significant historical year for this entry is 1847.

Location. 40° 43.643′ N, 74° 0.071′ W. Marker is in New York, New York, in New York County. Marker is on West Houston Street near Sullivan Street, on the right when traveling west. Touch for map. Marker is at or near this postal address: north side of St Anthony of Padua Church, New York NY 10012, United States of America. Touch for directions. 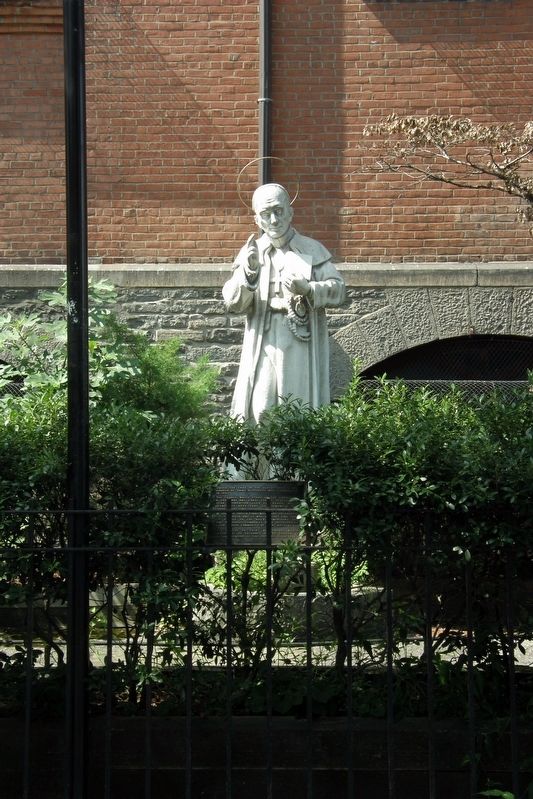 Photographed By Larry Gertner, August 3, 2019
2. The Church of Saint Alphonsus Marker
The statue of St. Alphonsus and plaque on the north side of St. Anthony of Padua Church.

Also see . . .  St. Alphonsus Liguori. Wikipedia entry with basic information on the church but a lot about its organ. (Submitted on August 17, 2019, by Larry Gertner of New York, New York.) 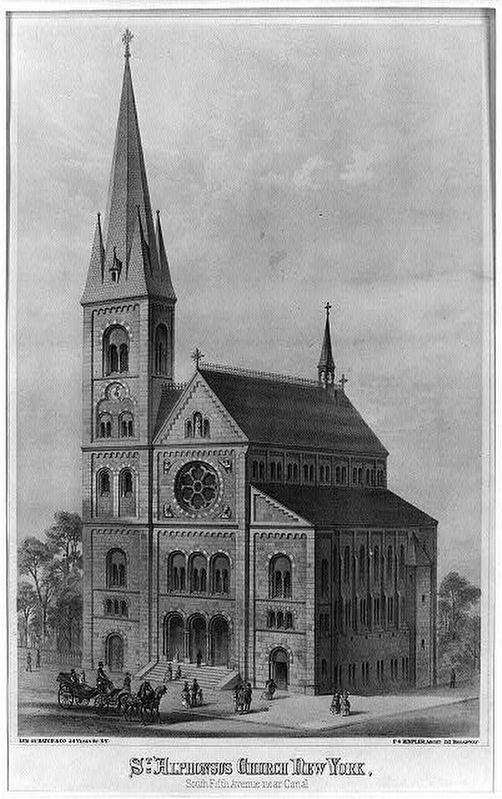 from Wikipedia
3. The Church of Saint Alphonsus 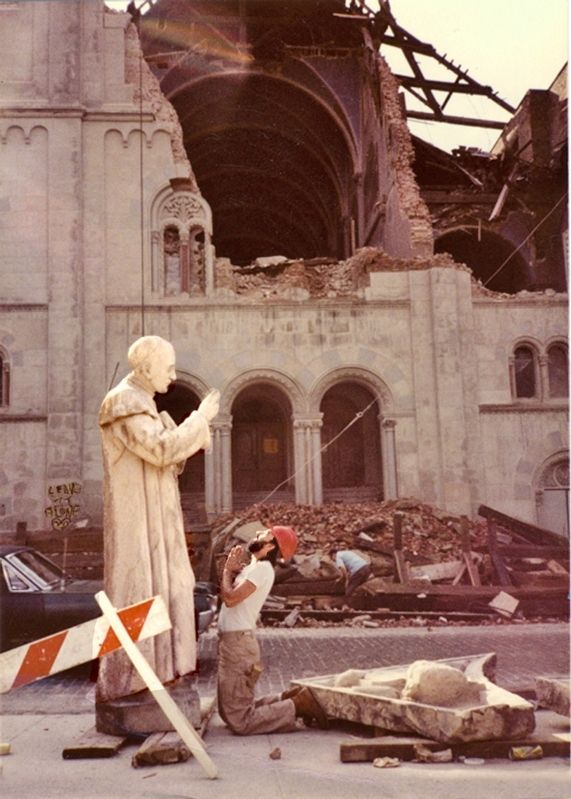 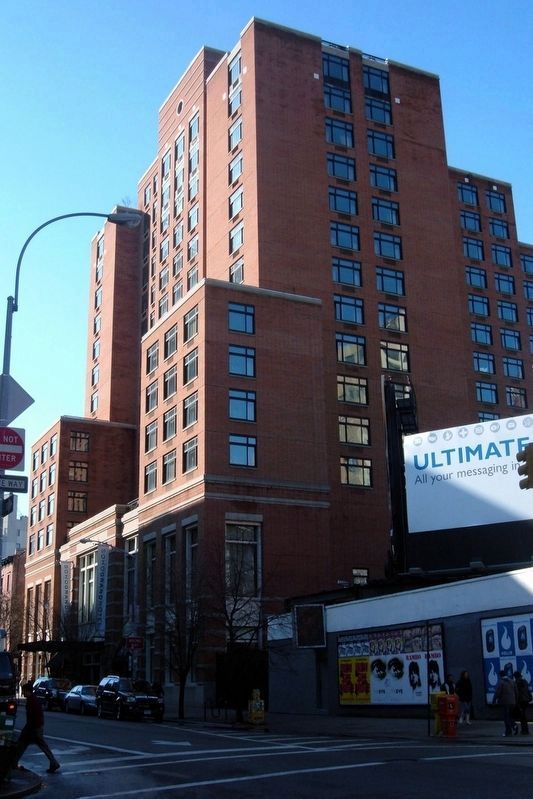