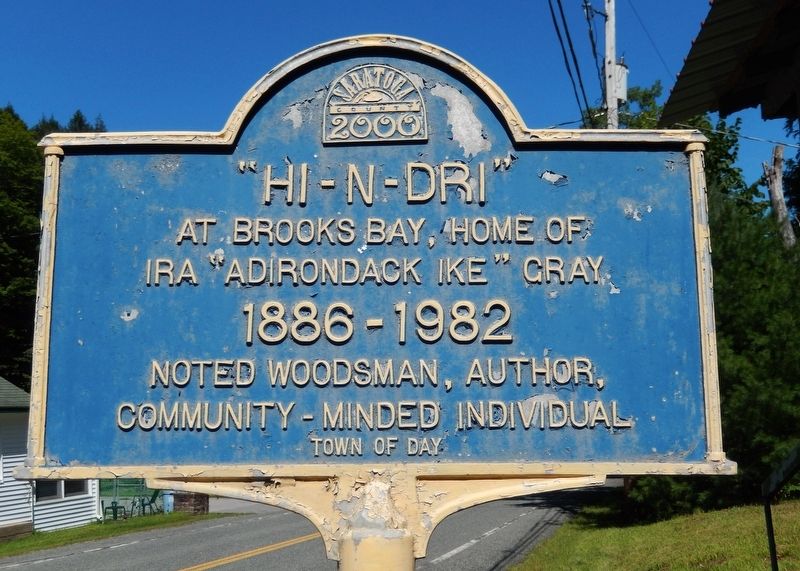 Photographed By Cosmos Mariner, August 14, 2019
1. “Hi-N-Dri” Marker
Inscription.
“Hi-N-Dri”. .
At Brooks Bay, home of Ira “Adirondack Ike” Gray 1886-1982 noted woodsman, author community-minded individual Town of Day. . This historical marker was erected in 2000 by Saratoga 2000 and the Town of Day. It is in Day in Saratoga County New York

Topics. This historical marker is listed in these topic lists: Arts, Letters, Music • Settlements & Settlers. A significant historical year for this entry is 1886. 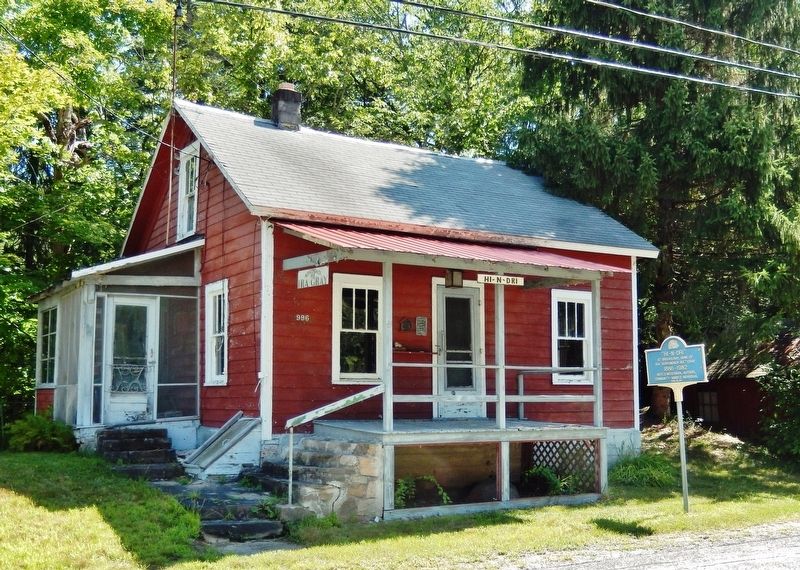 Regarding “Hi-N-Dri”.
Adirondack Ike, as he preferred to be called, lived with his mother, Julia, and stepfather, Charles Brooks, on the South Shore Road in the Town of Day, in the area known as Brooks Bay. Ike built a house for his mother and it was later moved up from the river. Behind the house Ike built a small camp on Daley Creek and called it HI-N-DRY. This trapper, woodsman and author of several Adirondack books, left behind this reason for such a long life: Don’t smoke, don’t drink and don’t work inside. Adirondack Ike's home still stands on Daley Creek.

At the Washington's Birthday meeting of the Saratoga Battle Chapter, Sons of the American Revolution, on February 20, 1981, a discussion was held regarding one of the more colorful individuals that they had ever had as a chapter member. Ira Gray, "Adirondack Ike" to all, wrote that he was now age 94 and confined to a nursing home at a cost of $600 per month. Because of this, he was unable to meet his dues requirement of $17. A motion was passed to have the chapter take care of his dues for him.