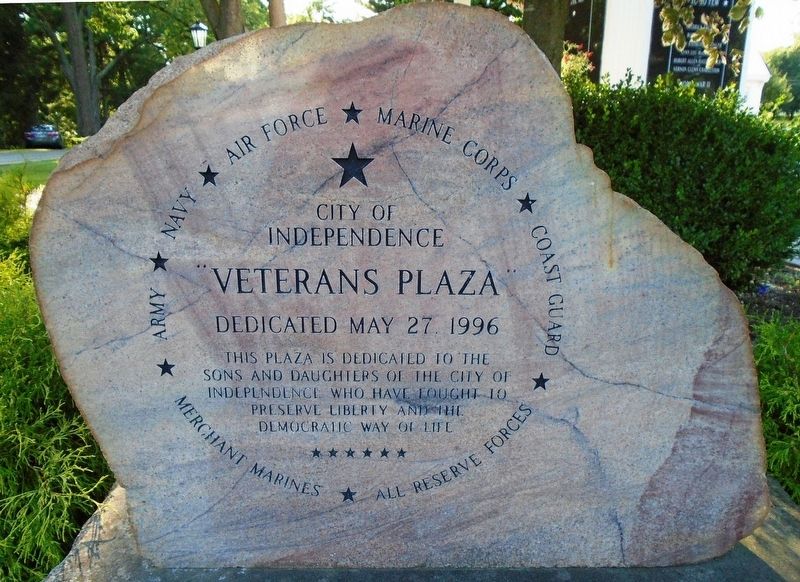 This plaza is dedicated to the sons and daughters of the City of Independence who have fought to preserve liberty and the democratic way of life ☆☆☆☆☆☆.

We Owe So Much To So Few

In The Air ☆. . This memorial was erected by City of Independence. It is in Independence in Cuyahoga County Ohio