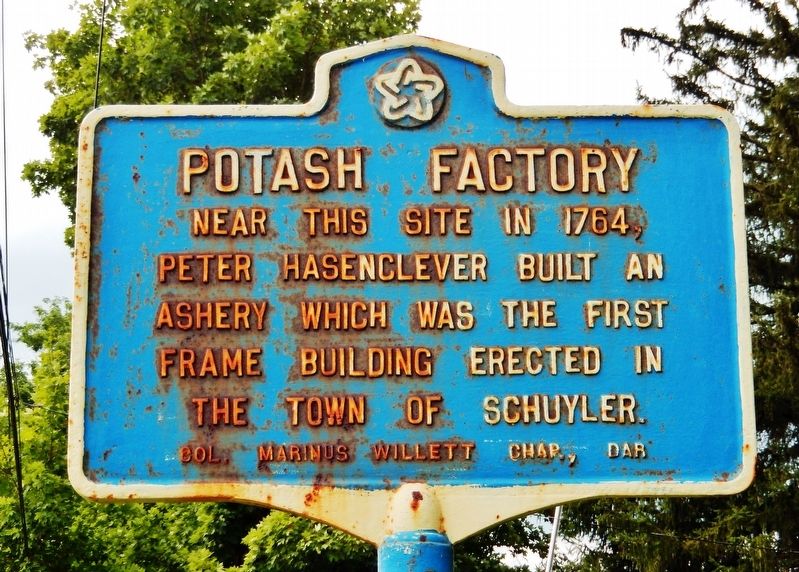 Photographed By Cosmos Mariner, August 18, 2019
1. Potash Factory Marker
Inscription.
Potash Factory. . Near this site in 1764 Peter Hasenclever built an ashery which was the first frame building erected in the town of Schuyler. . This historical marker was erected by Col. Marinus Willett Chapter, Daughters of the American Revolution. It is in Frankfort in Herkimer County New York

Near this site in 1764 Peter Hasenclever built an ashery which was the first frame building erected in the town of Schuyler.

Topics and series. This historical marker is listed in these topic lists: Industry & Commerce • Man-Made Features • Settlements & Settlers. In addition, it is included in the Daughters of the American Revolution (DAR) series list. A significant historical year for this entry is 1764. 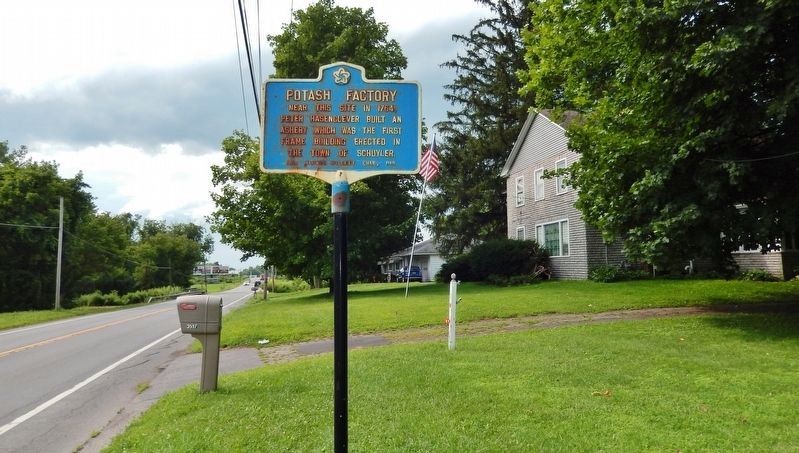 Also see . . .  Peter Hasenclever (1716-1793). Peter Hasenclever was a German-born international businessman active from approximately 1733 until 1792. From 1764 to 1770, he resided in the British colonies of New York and New Jersey, where he established an ultimately unsuccessful transatlantic enterprise to produce, transport, and market iron and steel. He purchased 18,000 acres near present-day Herkimer, New York, then a frontier area, to grow hemp, for rope-making, and madder, used in dyes, and to make potash (potassium carbonate) and pearl ash (a purer variant) from the ashes of hardwood trees. (Submitted on August 20, 2019, by Cosmos Mariner of Cape Canaveral, Florida.) 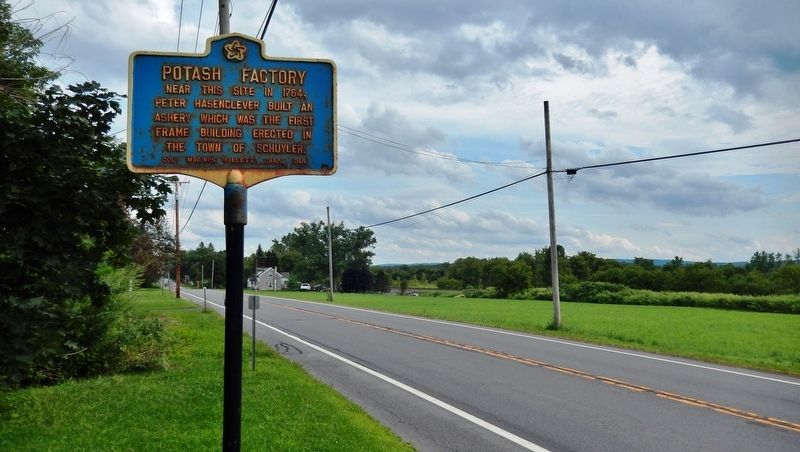