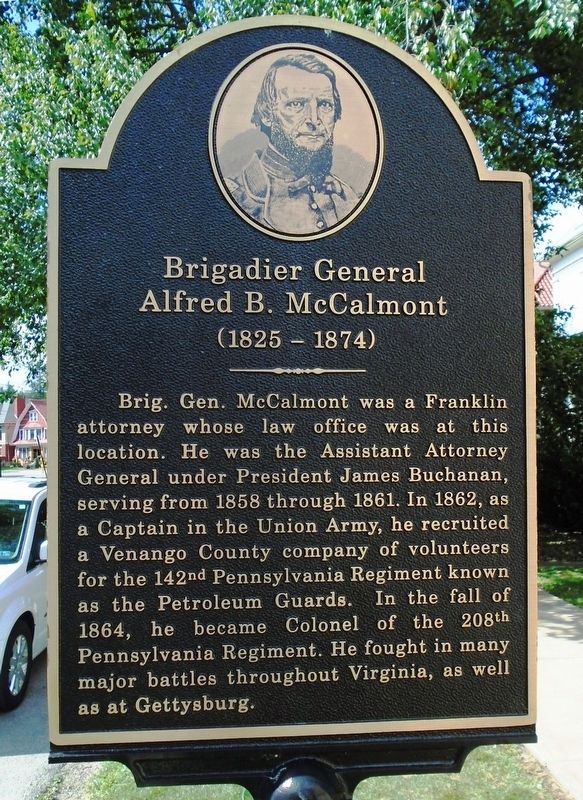 Brig. Gen. McCalmont was a Franklin attorney whose law office was at this location. He was the Assistant Attorney General under President James Buchanan, serving from 1858 through 1861. In 1862, as a Captain in the Union Army, he recruited a Venango County company of volunteers for the 142nd Pennsylvania Regiment known as the Petroleum Guards. In the fall of 1864, he became Colonel of the 208th Pennsylvania Regiment. He fought in many major battles throughout Virginia, as well as at Gettysburg. . This historical marker was erected in 2015 by Franklin City Council and Others. It is in Franklin in Venango County Pennsylvania