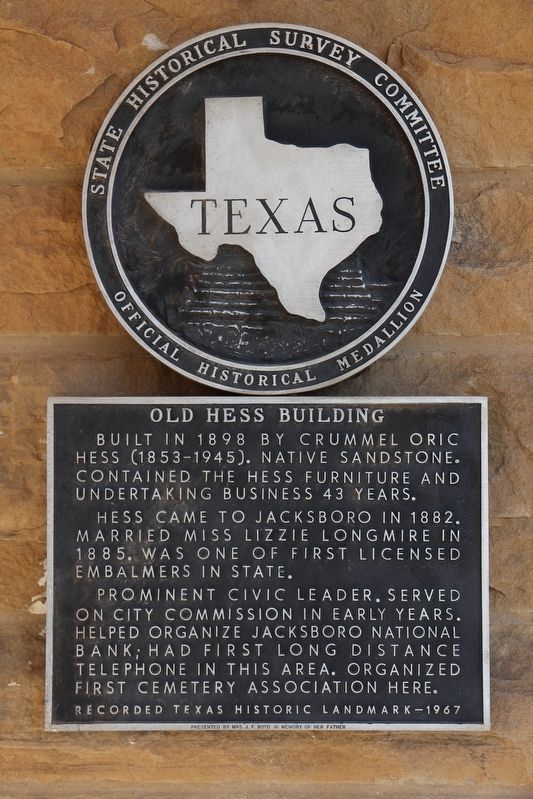 Hess came to Jacksboro in 1882. Married Miss Lizzie Longmire in 1885. Was one of first licensed embalmers in state.

Incise on base: Presented by Mrs. J. F. Boyd in memory of her father.

Topics. This historical marker is listed in this topic list: Notable Buildings. A significant historical year for this entry is 1898. 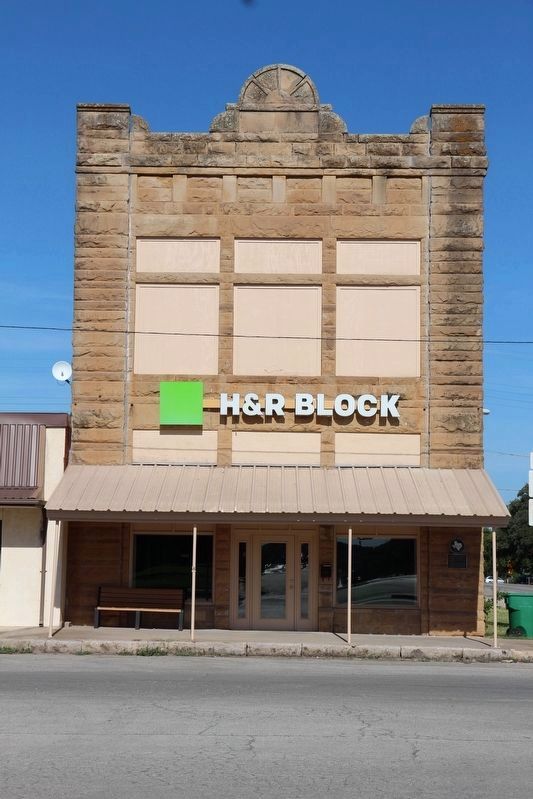 Click or scan to see
this page online
. Touch for map. Marker is at or near this postal address: 102 North Church Street, Jacksboro TX 76458, United States of America. Touch for directions.

Other nearby markers. At least 8 other markers are within walking distance of this marker. Jack County (about 400 feet away, measured in a direct line); Old Jack County Courthouse Cornerstone (about 400 feet away); First Baptist Church (approx. 0.2 miles away); Former Gulf, Texas & Western Railroad Depot (approx. ¼ mile away); Fort Richardson (approx. ¼ mile away); Butterfield Stage Line (approx. ¼ mile away); G. D. Cross (approx. 0.3 miles away); Sewell Park (approx. 0.4 miles away). Touch for a list and map of all markers in Jacksboro.
Credits. This page was last revised on November 25, 2020. It was originally submitted on August 22, 2019, by Brian Anderson of Kingwood, Texas. This page has been viewed 164 times since then and 39 times this year. Photos:   1, 2. submitted on August 24, 2019, by Brian Anderson of Kingwood, Texas.
Share this page.