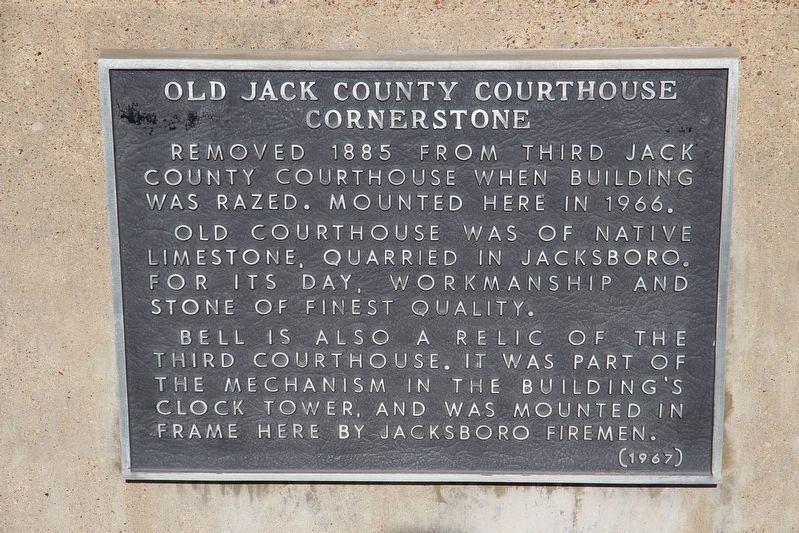 Removed 1885 from third Jack County Courthouse when building was razed. Mounted here in 1966.

Old Courthouse was of native limestone, quarried in Jacksboro. For its day, workmanship and stone of finest quality.

Bell is also a relic of the third courthouse. It was part of the mechanism in the building's clock tower, and was mounted in frame here by Jacksboro firemen.

Topics. This historical marker is listed in this topic list: Notable Buildings. A significant historical year for this entry is 1885. 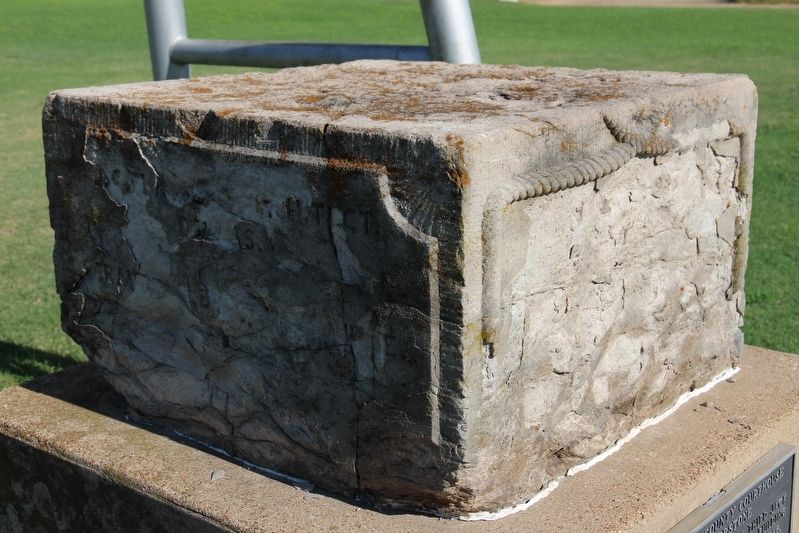