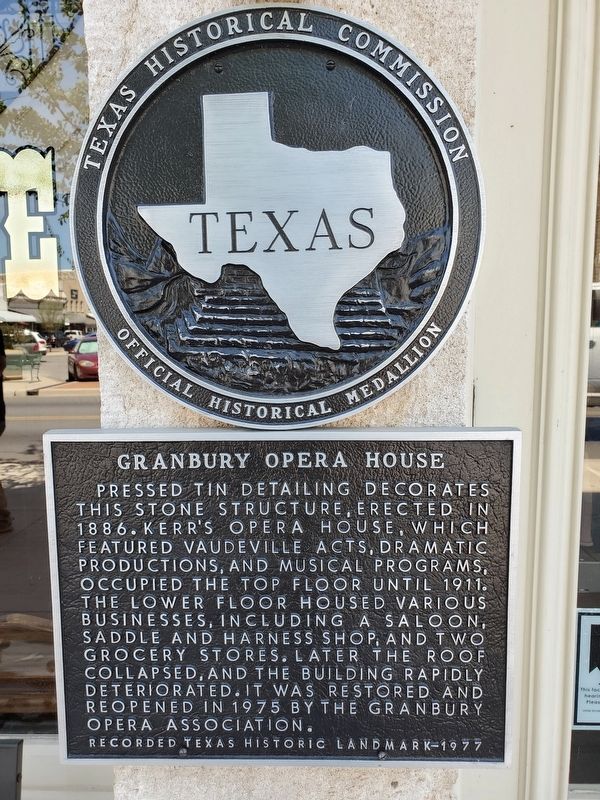 Pressed tin detailing decorates this stone structure, erected in 1886. Kerr's Opera House, which featured Vaudeville acts, dramatic productions, and musical programs, occupied the top floor until 1911. The lower floor housed various businesses, including a saloon, saddle and harness shop, and two grocery stores. Later the roof collapsed, and the building rapidly deteriorated. It was restored and reopened in 1975 by the Granbury Opera Association.

Topics. This historical marker is listed in these topic lists: Entertainment • Industry & Commerce. A significant historical year for this entry is 1886.

Other nearby markers. At least 8 other markers are within walking distance of this marker. Harris Building (a few steps from this marker); Baker-Rylee Building and Town Square Service Station 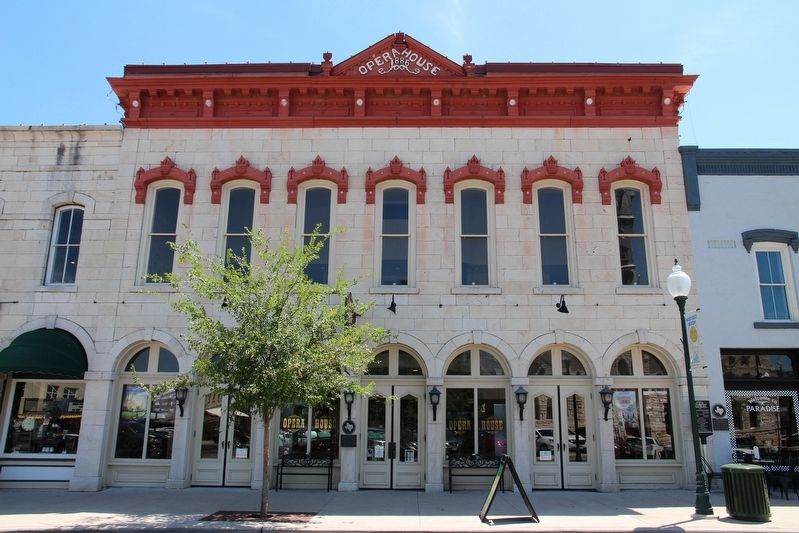