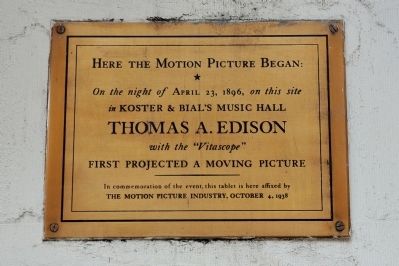 Photographed By R. C., November 22, 2008
1. Motion Picture Marker
Inscription.
Here the Motion Picture Began. . On the night of April 23, 1896, on this site, in Koster and Bial’s Music Hall, Thomas A. Edison, with the “Vitascope,” first projected a moving picture. . This historical marker was erected in 1938 by the Motion Picture Industry, in commemoration of the event, on October 4.. It is in New York in New York County New York

On the night of April 23, 1896, on this site, in Koster & Bial’s Music Hall, Thomas A. Edison, with the “Vitascope,” first projected a moving picture.

Erected 1938 by the Motion Picture Industry, in commemoration of the event, on October 4.

Topics. This historical marker is listed in these topic lists: Arts, Letters, Music • Entertainment • Industry & Commerce. A significant historical date for this entry is April 23, 1820. 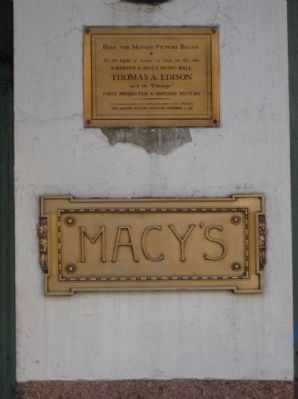 Also see . . .  Wikipedia Entry for Koster and Bial’s Music Hall. from The New York Times review of the event quoted in the article: “Then came into view two precious blonde young persons of the variety stage in pink and blue dresses, doing the umbrella dance with commendable celerity. Their motions were clearly defined. When they vanished, a view of an angry surf breaking on a sandy beach near a stone pier amazed the spectators. A burlesque boxing match between a tall, thin comedian and a short, fat one, a comic allegory called "The Monroe Doctrine"; an instant of motion in Hoyt's farce, "A Milk White Flag," repeated over and over again, and a skirt dance by a tall blonde completed the views, which were all wonderfully real and singularly exhilarating.” (Submitted on April 27, 2019.) 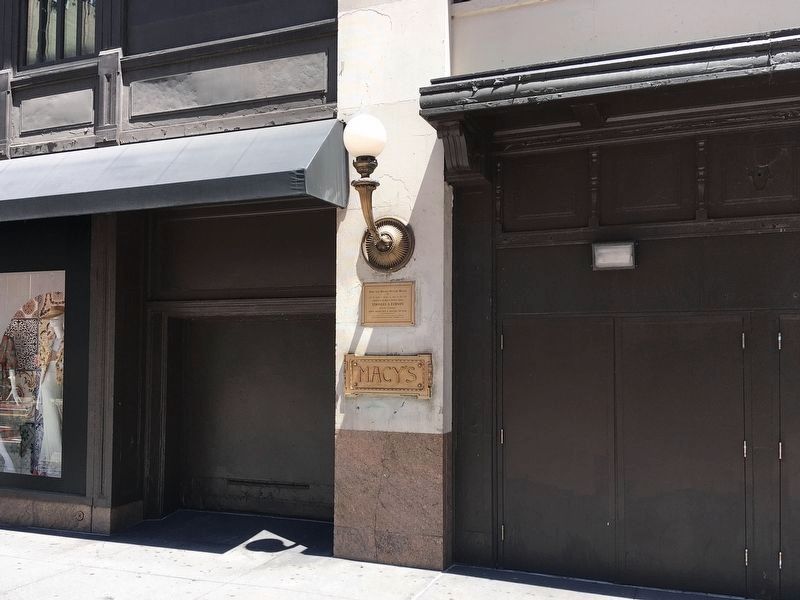 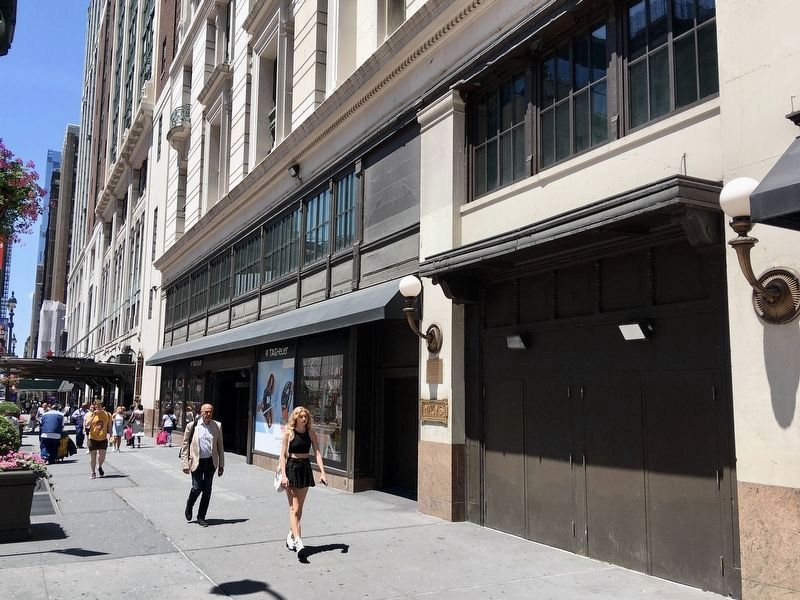 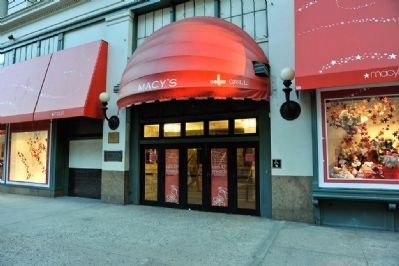