All Gave Some - Some Gave All

— "Never again will one generation of veterans abandon another." — 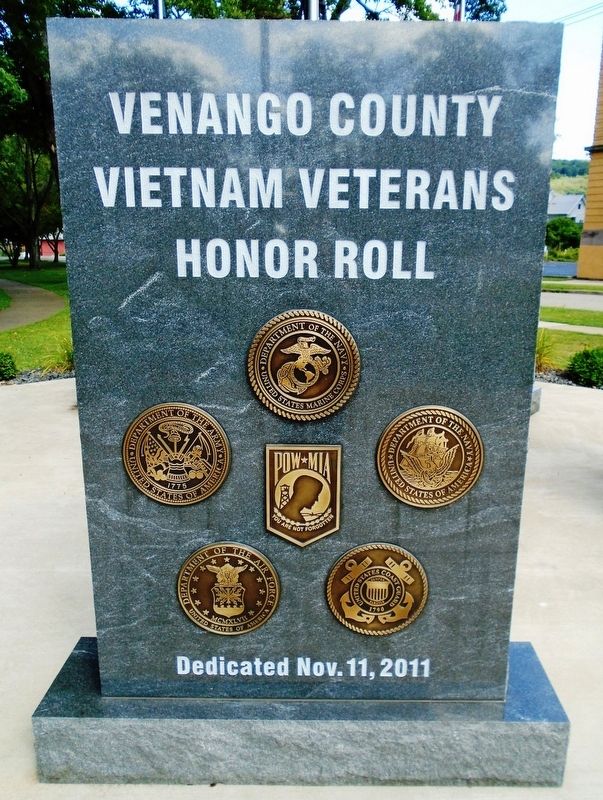 This memorial was erected in memory of the young individuals who went to war as kids and lost their youthful dreams, and some their lives, for a cause-freedom and honor-and came back as men with their horrors of war instilled in every fiber of their being and were never given the respect and honor they so dearly deserved from the public or United States government.

Dedicated Nov. 11, 2011. . This memorial was erected in 2011 by Venango County Commissioners, the City of Franklin, and Concerns Citizens and Organizations. It is in Franklin in Venango County Pennsylvania