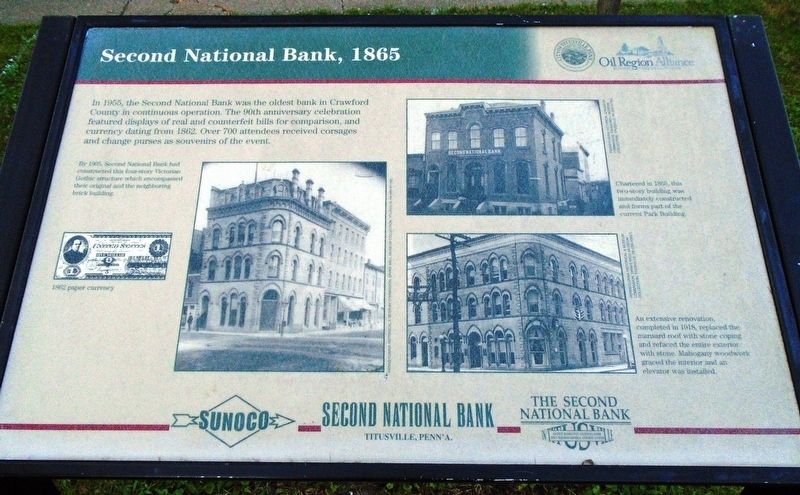 In 1955, the Second National Bank was the oldest bank in Crawford County in continuous operation. The 90th anniversary celebration featured displays of real and counterfeit bills for comparison, and currency dating from 1862. Over 700 attendees received corsages and change purses as souvenirs of the event.

. By 1905, Second National Bank had constructed this four-story Victorian Gothic structure which encompassed their original and the neighboring brick building.

. Chartered in 1865, this two-story building was immediately constructed and forms part of the current Park Building.

. An extensive renovation, completed in 1918, replaced the mansard roof with stone coping and refaced the entire exterior with stone. Mahogany woodwork graced the interior and an elevator was installed. . This historical marker was erected by Oil Region Alliance and City of Titusville. It is in Titusville in Crawford County Pennsylvania