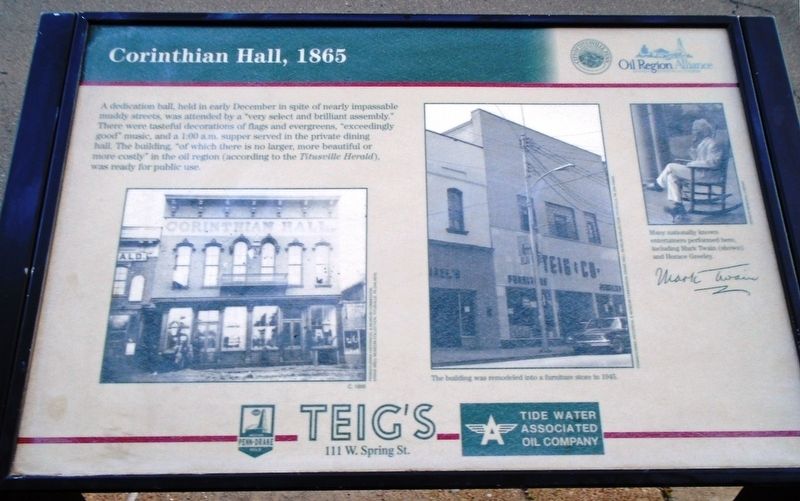 A dedication ball, held in early December in spite of nearly impassable muddy streets, was attended by a "very select and brilliant assembly." There were tasteful decorations of flags and evergreens, "exceedingly good" music, and a 1:00 a.m. supper served in the private dining hall. The building, "of which there is no larger, more beautiful or more costly" in the oil region (according to the Titusville Herald), was ready for public use.

. The building was remodeled into a furniture store in 1945.

. Many nationally known entertainers performed here, including Mark Twain (shown) and Horace Greeley. . This historical marker was erected by Oil Region Alliance and City of Titusville. It is in Titusville in Crawford County Pennsylvania