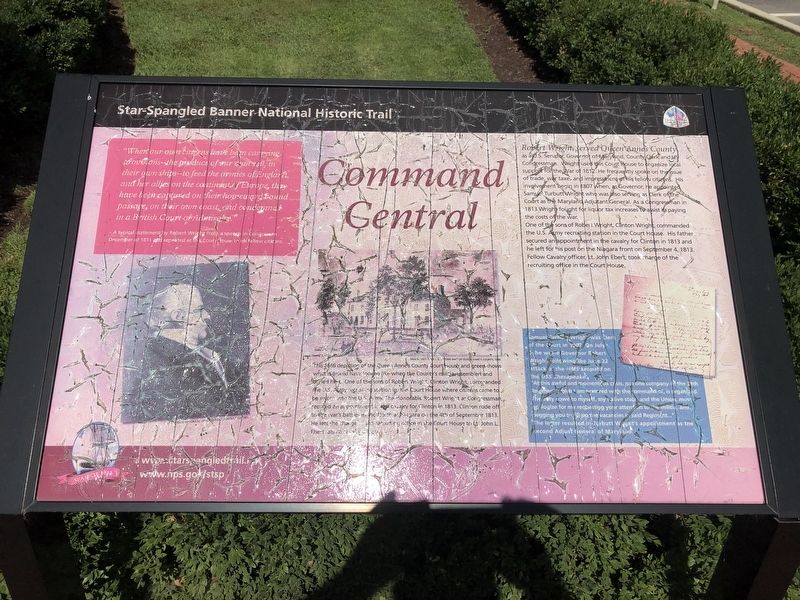 "When our own citizens have been carrying provisions--the produce of our own soil, in their own ships--to feed the armies of England, and her allies on the continent of Europe, they have been captured on their homeward bound passage on on their own coast and condemned in a British Court of Admiralty."
— A typical statement by Robert Wright from a speech in Congress in December of 1811 and repeated at this Court House to his fellow citizens.

Robert Wright, served Queen Anne's County as a U.S. Senator, Governor of Maryland, County Clerk and US Congressman. Wright used this Court House to organize local support for the War of 1812. He frequently spoke on the issue of trad, war taxes and impressment of his own fellow citizens. His involvement begin in 1807 when, as Governor, he appointed Samuel Turbutt Wright who was also serving as Clerk of the Court as the Maryland Adjutant General. As a Congressman in 1813 Wright fought for liquor tax increases to assist in paying the costs of the war.

One of the sons of Robert Wright, Clinton Wright, commanded the U.S. Army recruiting station 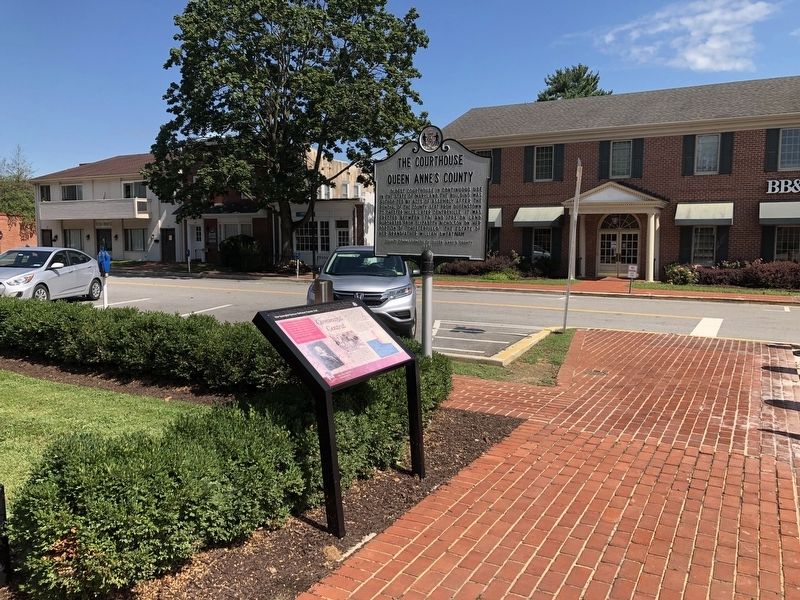 Click or scan to see
this page online
in the Court House. His father secured an appointment in the cavalry for Clinton in 1813 and he left for his post on the Niagara front on September 4, 1813. Fellow Cavalry officer, Lt. John Ebert, took charge of the recruiting office in the Court House.

[Caption:]
This 1866 depiction of the Queen Anne's County Court House and green shows what it would have looked like when the County's militia assembled and drilled here. One of the sons of Robert Wright, Clinton Wright, commanded the U.S. Army recruiting station in the Court House where citizens came to be sworn into the U.S. Army. The Honorable Robert Wright as Congressman, secured an appointment in the cavalry for Clinton in 1813. Clinton rode off to the war's battles in the North at Niagara on the 4th of September 1813. He left the charge of the recruiting office in the Court House to Lt. John L. Ebert also a cavalry officer.

[Aside:]
Samuel Turbutt Wright was Clerk of the court in 1807. On July 3, he wrote Governor Robert Wright following the June 22 attack of the HMS Leopard on the USS Chesapeake:
"At this awful and momentous crisis, not one company of the 38th Regiment which I am honored with the command of, is organized. The duty I owe to myself, my native state, and the Union, must apologize for requesting your attention to the militia, and begging you to fill up the vacancies in said Regiment..."
The letter resulted in Turbutt Wright's appointment as the second Adjust General of Maryland.

Topics. This historical marker is listed in these topic lists: Government & Politics • War of 1812 • Waterways & Vessels. A significant historical date for this entry is June 22, 1811.