400th Anniversary of the Virgin at Tepeyac 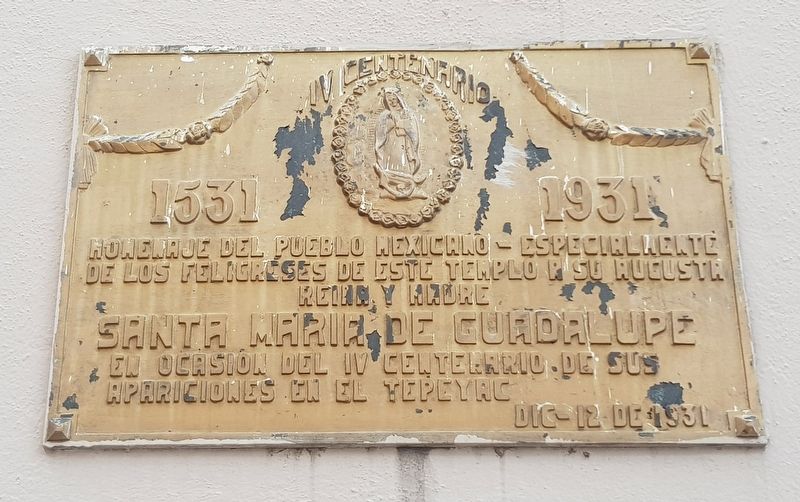 Photographed By J. Makali Bruton, August 16, 2019
1. 400th Anniversary of the Virgin at Tepeyac Marker
Inscription.
English translation: , IV Centenary , 1531 - 1931 , A tribute from the Mexican people, especially from the parishioners of this temple to their august queen and mother, the Holy Mary of Guadalupe on the occasion of the 400th anniversary of her appearances at Tepeyac. , December 12, 1931 . This historical marker was erected in 1931. It is in Colonia San Rafael Ciudad de México Mexico