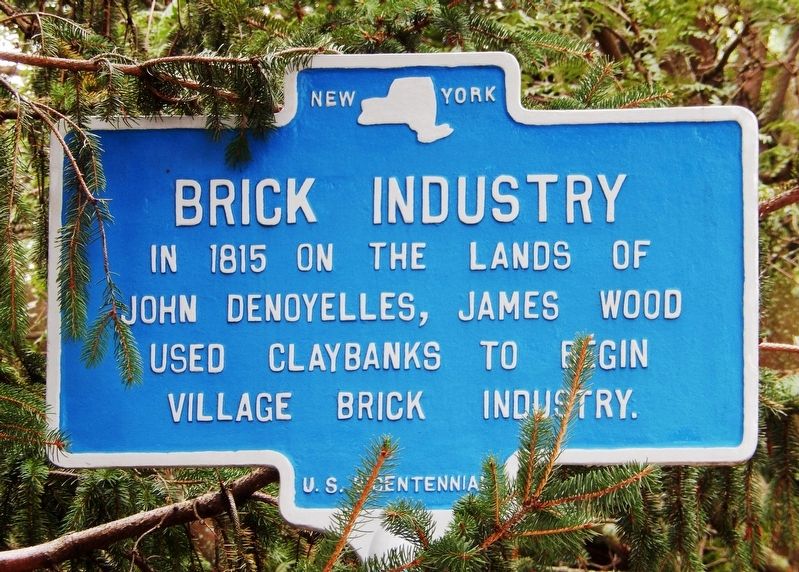 In 1815 on the lands of John DeNoyelles, James Wood used claybanks to begin village brick industry.

Topics. This historical marker is listed in these topic lists: Industry & Commerce • Settlements & Settlers. A significant historical year for this entry is 1815. 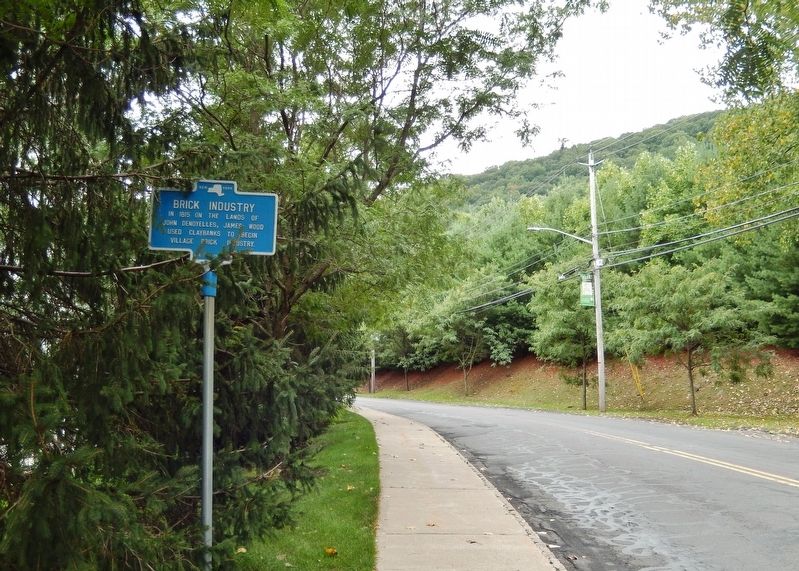 Also see . . .
1. The Brickmaking Capital of the World. Starting in 1771 the area along the river was used for brick making by Jacob Van Dyke from Holland. He made bricks by hand which were used for fireplaces and chimneys. In 1815 James Wood, an Englishman, came to Haverstraw and established his first brickyard. The industry grew quickly. In about 1850, James Eckerson constructed one of the largest brick plants along the Hudson River in Haverstraw. (Submitted on August 25, 2019, by Cosmos Mariner of Cape Canaveral, Florida.)

2. 1815 – A Revolution in Brick Making. James Wood, the father of the brick industry in New York, arrives in Haverstraw and starts a brickyard near the Harbors. His method of mixing "culm" – fine coal dust – reduces the burning time of a brick in a kiln, from 14 days to seven. (Submitted on August 25, 2019, by Cosmos Mariner of Cape Canaveral, Florida.) 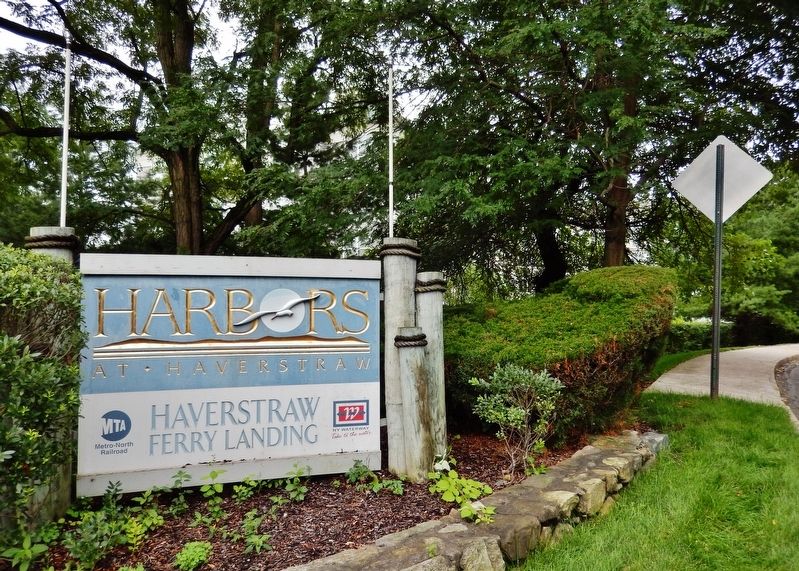