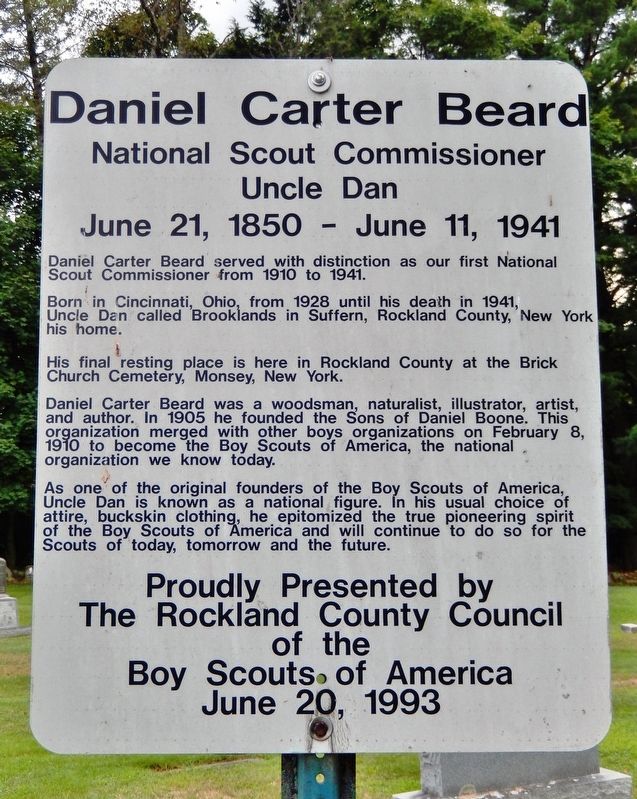 Daniel Carter Beard served with distinction as our first National Scout Commissioner from 1910 to 1941.

Born in Cincinnati, Ohio, from 1928 until his death in 1941, Uncle Den called Brooklands in Suffern, Rockland County, New York his home.

His final resting place is here in Rockland County at the Brick Church Cemetery, Monsey, New York. Daniel Carter Beard was a woodsman, naturalist, illustrator, artist, and author. In 1905 he founded the Sons of Daniel Boone. This organization merged with other boys organizations on February 8, 1910 to become the Boy Scouts of America, the national organization we know today. 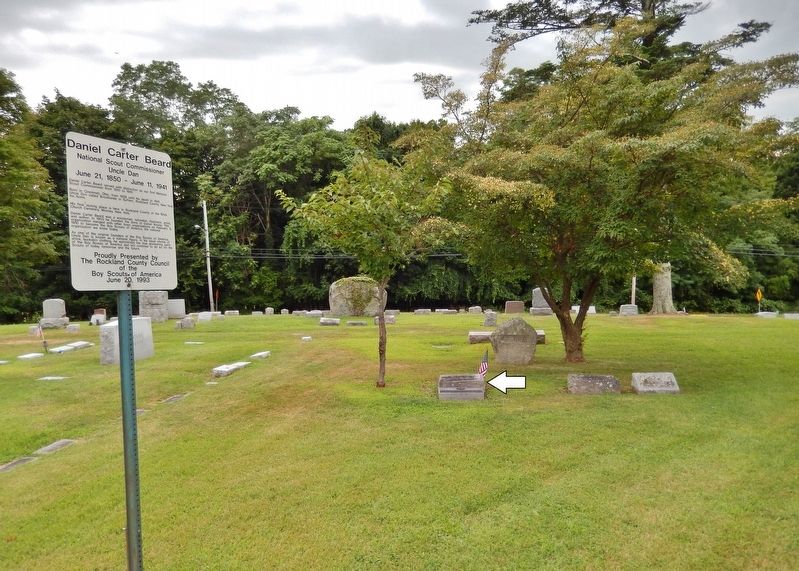 Click or scan to see
this page online
Council of the Boy Scouts of America.

Topics. This historical marker is listed in these topic lists: Cemeteries & Burial Sites • Fraternal or Sororal Organizations. A significant historical year for this entry is 1850.

Location. 41° 8.346′ N, 74° 3.983′ W. Marker is in Spring Valley, New York, in Rockland County. Marker can be reached from Brick Church Road, 0.1 miles east of New York State Route 306, on the right when traveling east. Marker and gravesite are located near the southwest corner of the Brick Church Cemetery grounds. Touch for map. Marker is at or near this postal address: 221 Brick Church Road, Spring Valley NY 10977, United States of America. Touch for directions. 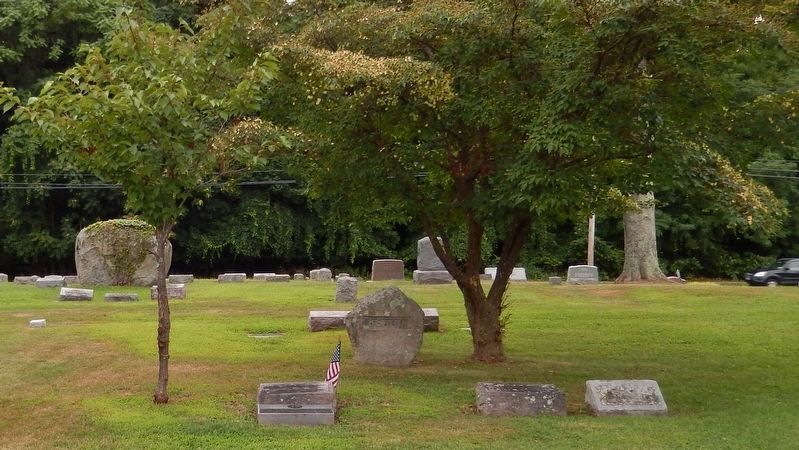 Photographed By Cosmos Mariner, August 23, 2019
3. Beard Family Plot
(view from near marker • Daniel Carter Beard gravestone left)
Boy Scout uniform and emblem adding the American eagle and shield to the emblem. His drawings and articles were published in “St. Nicolas’ Magazine” and “Youth’s Companion.” He was also chosen to illustrate Mark Twain’s “A Connecticut Yankee in King Arthur’s Court.” He received the only gold Eagle badge ever awarded and was given the Roosevelt Award for his distinguished service. (Submitted on August 27, 2019, by Cosmos Mariner of Cape Canaveral, Florida.) 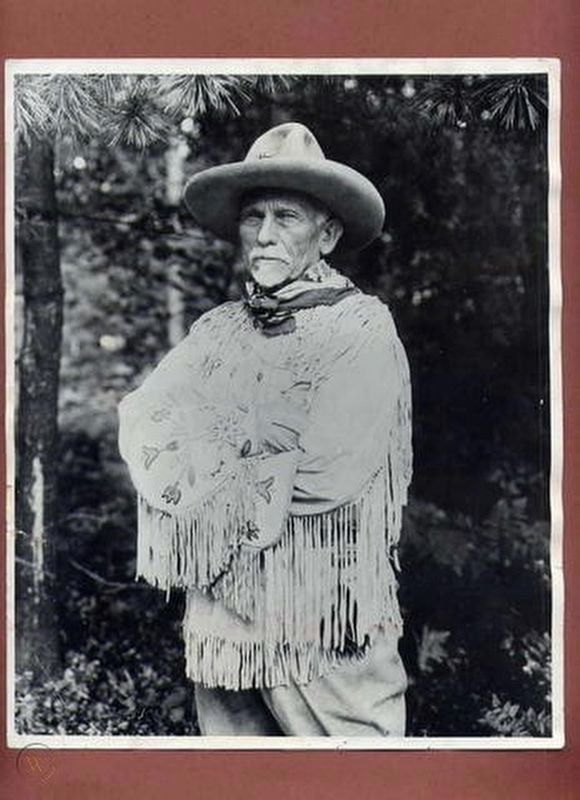 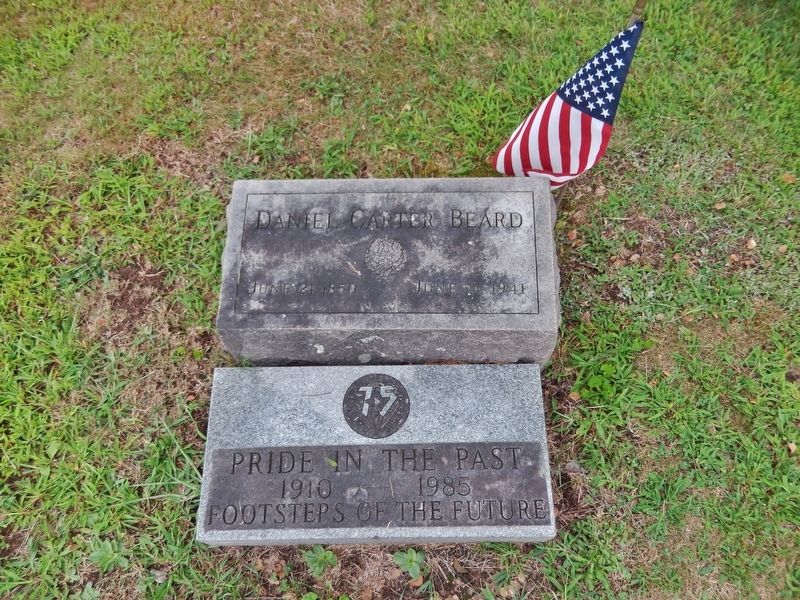