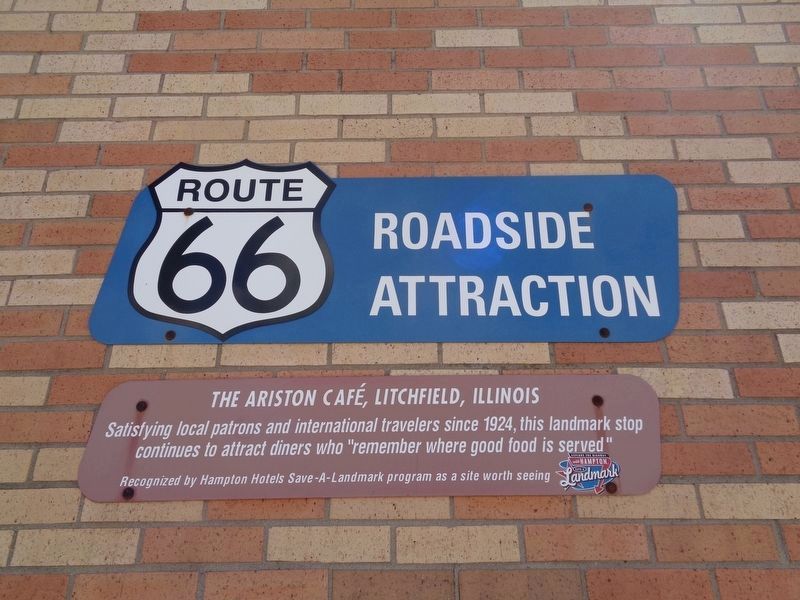 Satisfying local patrons and international travelers since 1924, this landmark stop continues to attract diners who "remember where good food is served"

Topics and series. This historical marker is listed in these topic lists: Industry & Commerce • Roads & Vehicles. In addition, it is included in the Route 66 Roadside Attractions, and the U.S. Route 66 series lists. 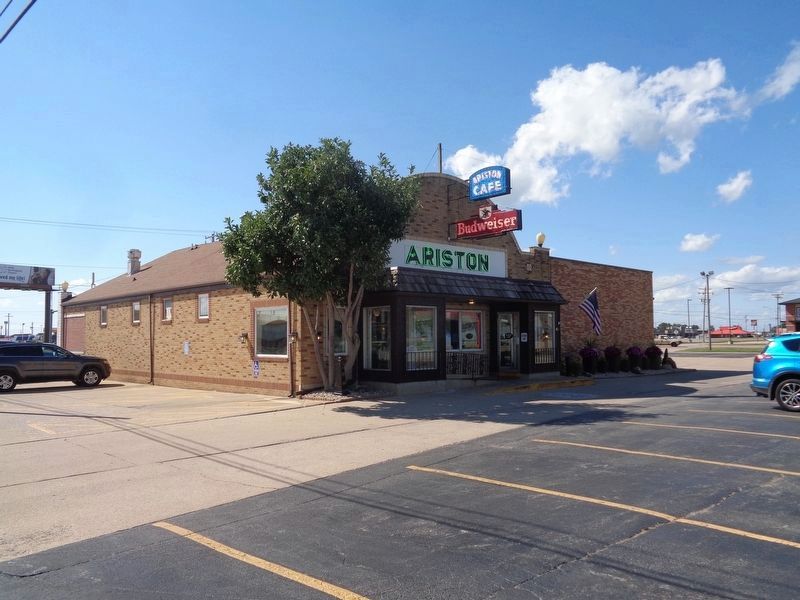 Photographed By Jason Voigt, August 14, 2019
2. The Ariston Café
Marker is not shown in the picture, as it is posted on the right side of the brick building 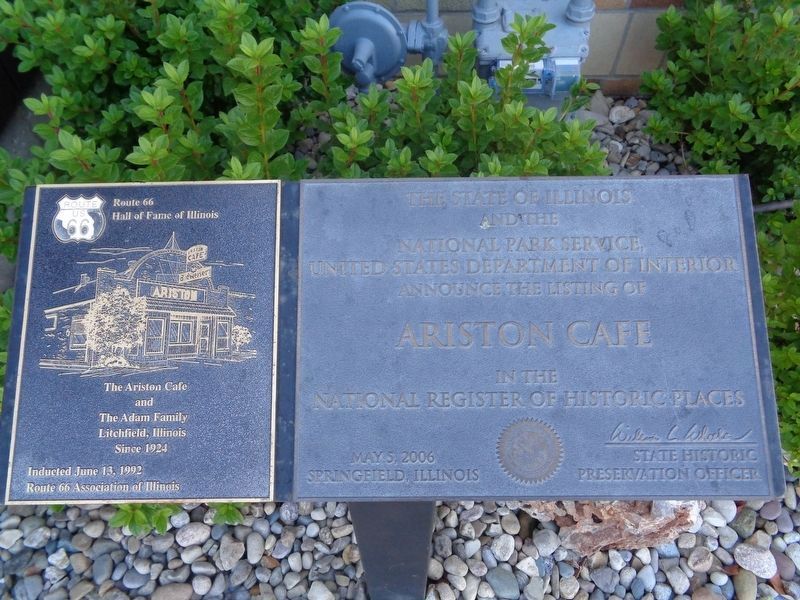