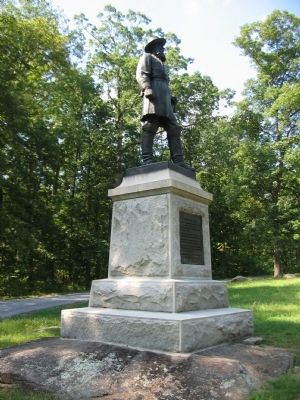 Erected 1914 by Commonwealth of Pennsylvania.

Topics. This memorial is listed in these topic lists: War, Mexican-American • War, US Civil. A significant historical date for this entry is December 21, 1846.

Location. 39° 49.033′ N, 77° 13.196′ W. Marker is in Cumberland Township, Pennsylvania, in Adams County. Memorial is at the intersection of Slocum Avenue and Williams Avenue, on the left when traveling north on Slocum Avenue. Located in the saddle between the upper and lower crests of Culp's Hill, in Gettysburg National Military Park. Touch for map 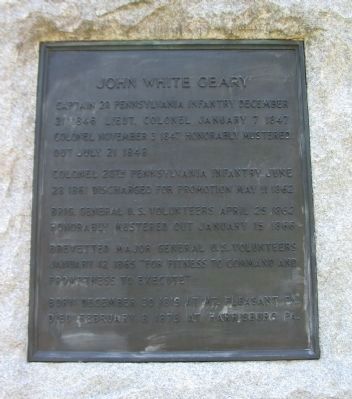 Click or scan to see
this page online
. Marker is in this post office area: Gettysburg PA 17325, United States of America. Touch for directions.

Related markers. Click here for a list of markers that are related to this marker. Saddle in Culp's Hill Virtual Tour by Markers.

Also see . . .  General John W. Geary. Although not a West Point graduate, Geary was well respected for his service in the Mexican-American War. When he formed the 48th Pennsylvania, fifteen companies and a battery worth of troops responded. (Submitted on November 25, 2008, by Craig Swain of Leesburg, Virginia.) 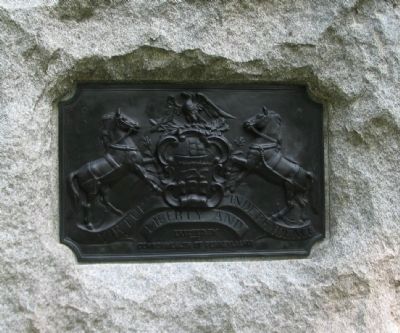 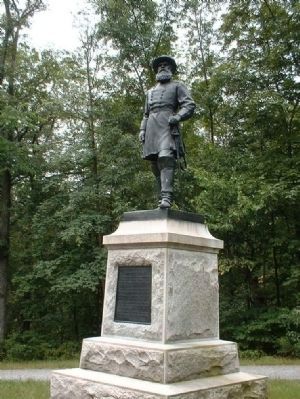 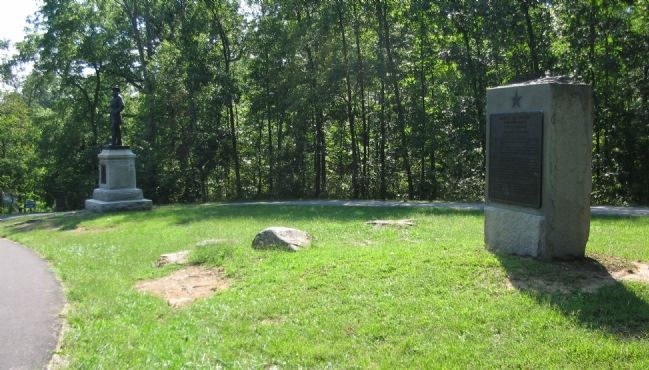 By Craig Swain, September 17, 2008
5. John White Geary Monument and Division Tablet
The monument for General Geary stands at the intersection, while the tablet was placed a few paces north on Slocum Avenue (to the right). 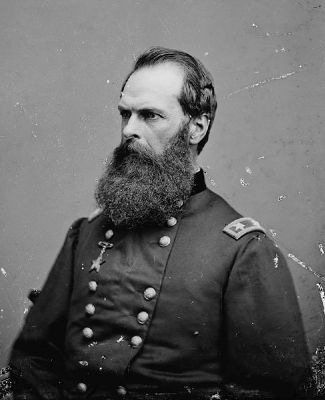 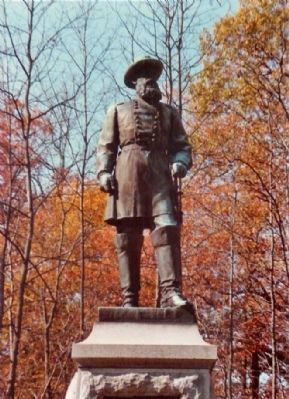