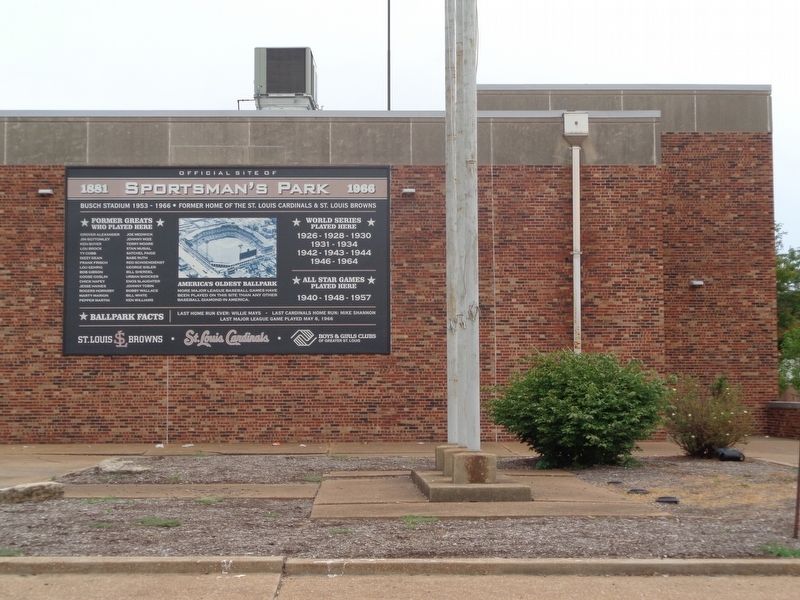 America's Oldest Ballpark
More major league baseball games have been played on this site than any other baseball diamond in America. 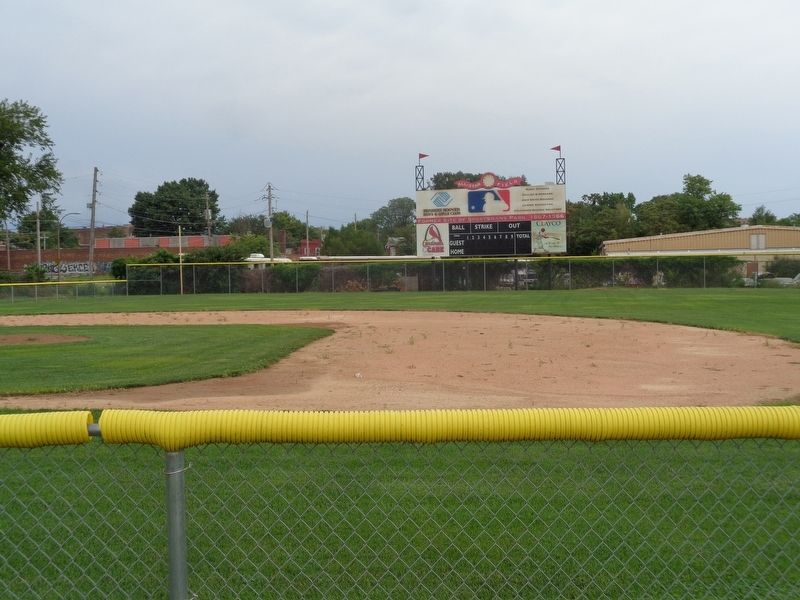 More about this marker. There was a similar marker that existed; this one was white with most of the same historical facts. It was originally donated by Gannett Outdoor, and presented to the Herbert Hoover Boys & Girls Club in December 1994. It is not known when that sign was replaced.

Regarding Official Site of Sportsman's Park. The Sportsman's Park site was used for not just St. Louis' two Major League Baseball teams, but it also hosted several other sports leagues, including soccer and two National Football League teams. Busch Stadium II was the new home to where the St. Louis Cardinals played in 1966. The grandstand at Sportsman's 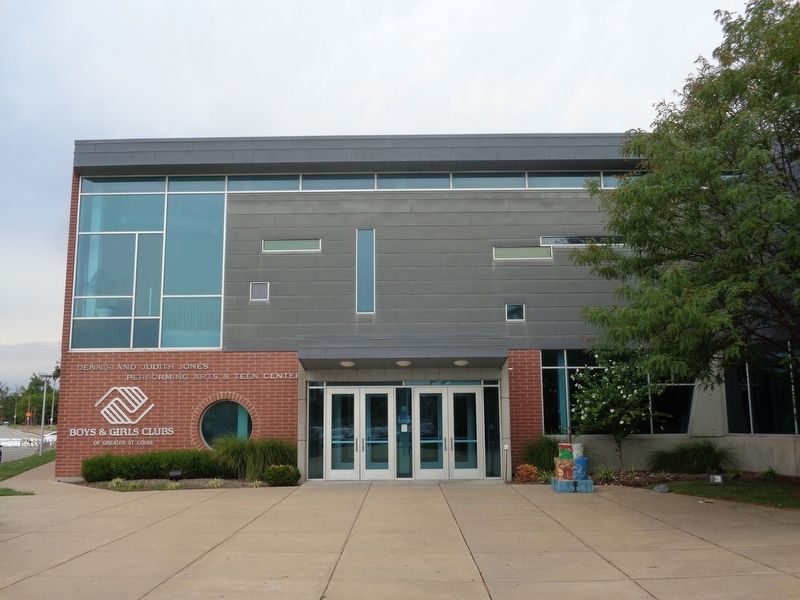 Photographed By Jason Voigt, August 20, 2019
3. Boys & Girls Clubs of Greater St. Louis
Park was torn down later that year. In 1967, the Herbert Hoover Boys and Girls Club of Greater St. Louis was founded, and the land was donated to that organization by then-Cardinals owner August A. Busch, Jr. The Boys and Girls Club's home is now at the former Sportsman's Park site, and the fields are used for many different sports.

The St. Louis Browns played at Sportsman's Park during their entire existence as a team from 1902 to 1953. The team would become the Baltimore Orioles after the 1953 season. The St. Louis Cardinals would play here from 1882 to 1892 (playing in the old American Association), then moving to Robison Field in St. Louis. The team would return from 1920 to 1966. The 1944 World Series marked the third and final time in World Series history, in which both teams played at the same home field.
Credits. This page was last revised on September 30, 2020. It was originally submitted on August 29, 2019, by Jason Voigt of Glen Carbon, Illinois. This page has been viewed 292 times since then and 64 times this year. Photos:   1, 2, 3. submitted on August 29, 2019, by Jason Voigt of Glen Carbon, Illinois. • Bill Pfingsten was the editor who published this page.
Share this page.