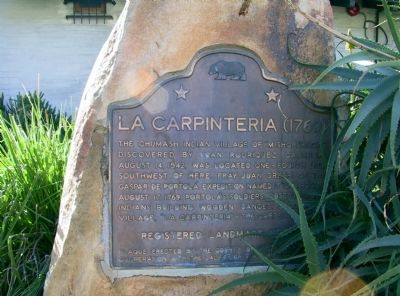 Erected by County of Santa Barbara in cooperation with the California State Park Commission. (Marker Number 535.)

Topics and series. This historical marker is listed in these topic lists: Exploration • Native Americans • Settlements & Settlers. In addition, it is included in the California Historical Landmarks, and the Portolá Expedition series lists. A significant historical year for this entry is 1542. 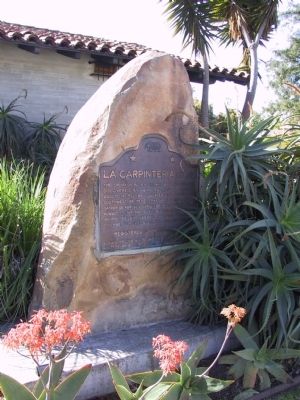 Click or scan to see
this page online
of History. Touch for map. Marker is at or near this postal address: 956 Maple Street, Carpinteria CA 93013, United States of America. Touch for directions.

More about this marker. This is one of two identical markers at two different locations in town. They were originally located on Highway 101 near Casitas Pass Road, with one on the northbound side and one on the southbound side. One-fourth mile southwest of there is the Portolá Sycamore marker, the location of The Carpenter Shop.

Related markers. Click here for a list of markers that are related to this marker. - The naming of Carpinteria. 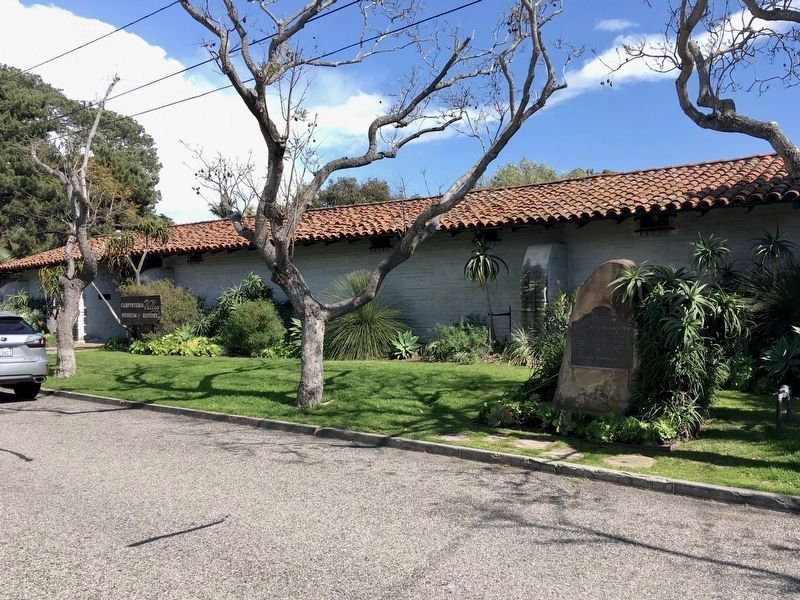 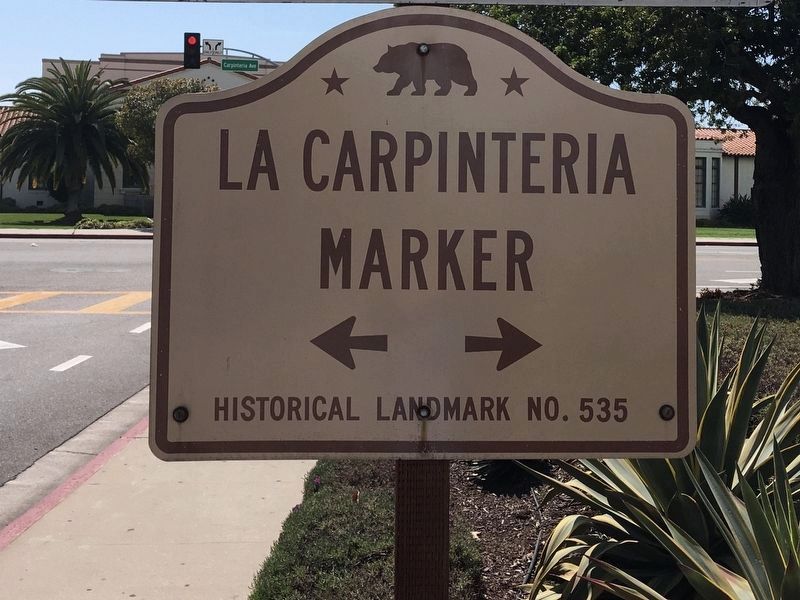