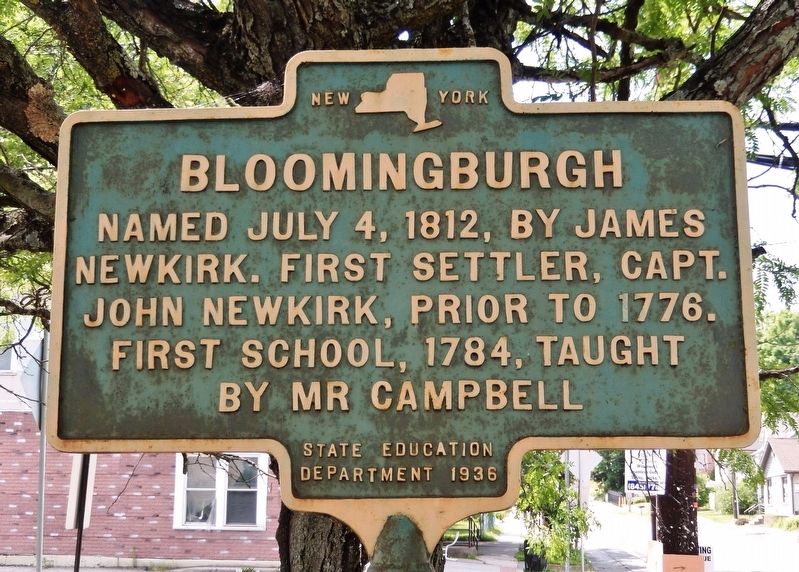 Topics. This historical marker is listed in these topic lists: Colonial Era • Education • Settlements & Settlers. A significant historical date for this entry is July 4, 1812.

Location. 41° 33.253′ N, 74° 26.368′ W. Marker is in Bloomingburg, New York, in Sullivan County. Marker is on Main Street east of Winterton Road (South Road) (County Route 62), on the right when traveling east. Marker is located beside the sidewalk, near the southeast corner of the intersection. Touch for map. Marker is at or near this postal address: 3 Winterton Road, Bloomingburg NY 12721, United States of America. Touch for directions.

Other nearby markers. At least 8 other markers are within 3 miles of this marker, measured as the crow flies. Corner Post of Inn Burned on Feb. 24, 1922 (within shouting distance of this marker); Dutch Reformed Church (approx. 0.2 miles away); Rear-Admiral Silas Horton Stringham (approx. 0.3 miles away); Wurtsboro (approx. 2.6 miles away); Canal Bridge 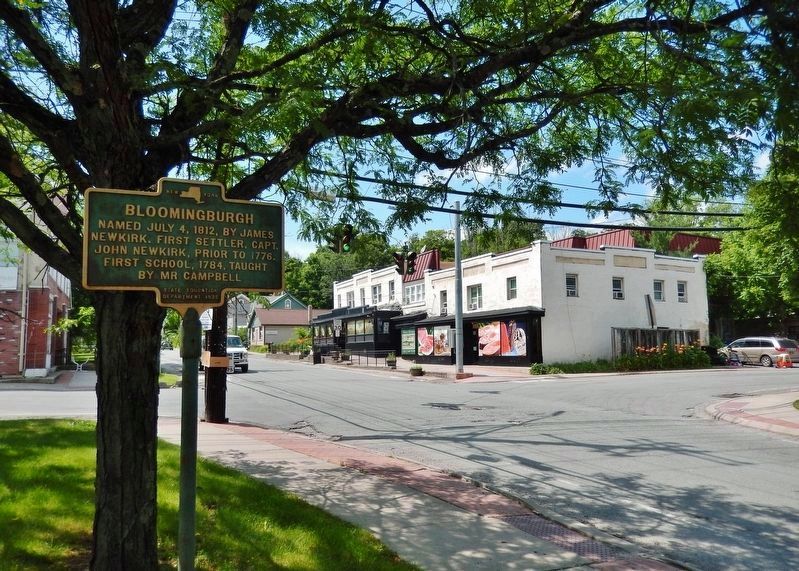 Also see . . .  Bloomingburg, New York (Wikipedia). Bloomingburg, previously Bloomingburgh, was the first county seat of Sullivan County. It prospered, first, as a center of commerce along the Newburgh–Cochecton Turnpike, then as a railway town serving vacationers in the mountains. Many guesthouses in the village were not rebuilt after the devastating fire of February 1922, and the village has been primarily an agricultural center ever since. (Submitted on August 31, 2019, by Cosmos Mariner of Cape Canaveral, Florida.) 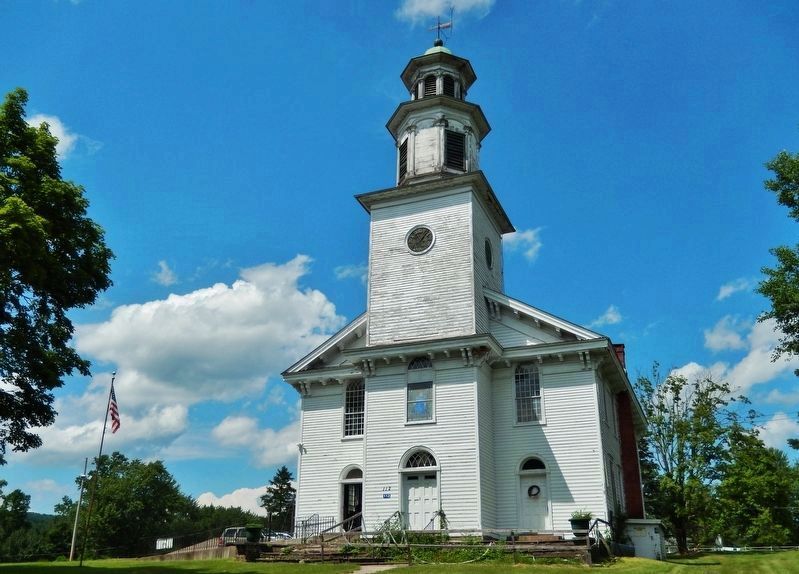 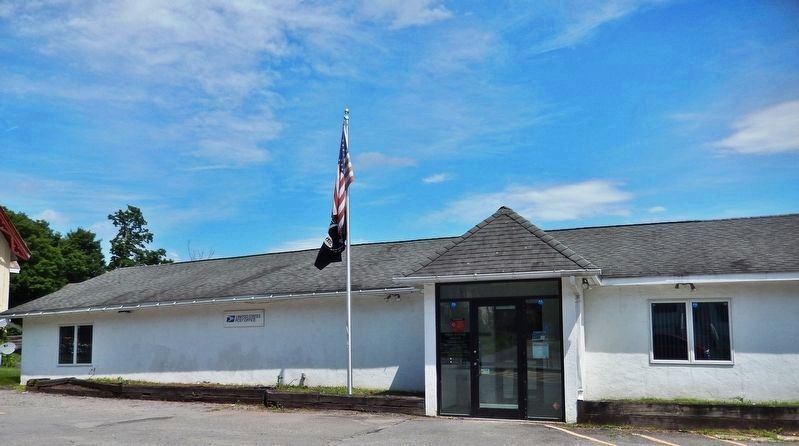