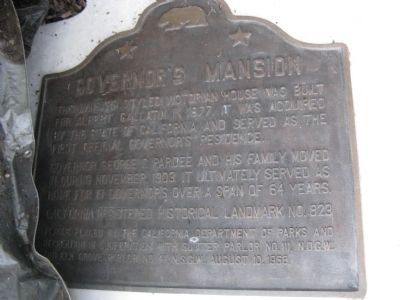 Photographed By Syd Whittle, November 26, 2008
1. Governor’s Mansion Marker
Marker is currently propped against back fence of property
Inscription.
Governor’s Mansion. . This mansard-styled Victorian house was built for Albert Gallatin in 1877. Acquired by the State, it served as the first official Governor's residence. Governor George C. Pardee and his family moved in during November, 1903. It ultimately served as home for 13 Governors over a span of 64 years. . This historical marker was erected in 1968 by By the California Department of Parks and Recreation in cooperation with Sutter Parlor No.111, N.D.G.W., Elk Grove Parlor No.41, N.S.G.W., August 10, 1968.. It is in Sacramento in Sacramento County California

This mansard-styled Victorian house was built for Albert Gallatin in 1877. Acquired by the State, it served as the first official Governor's residence. Governor George C. Pardee and his family moved in during November, 1903. It ultimately served as home for 13 Governors over a span of 64 years.

Topics and series. This historical marker is listed in this topic list: Architecture. In addition, it is included in the California Historical Landmarks, and the Native Sons/Daughters of the Golden West series lists. A significant historical year for this entry is 1877.

Location. 38° 34.817′ N, 121° 29.068′ W. Marker is in Sacramento, California, in Sacramento County. Marker can be reached from the intersection of H Street and 16th Street. GPS Coordinates are of the location of marker prior to removal. Marker is currently propped against the back fence of the property. 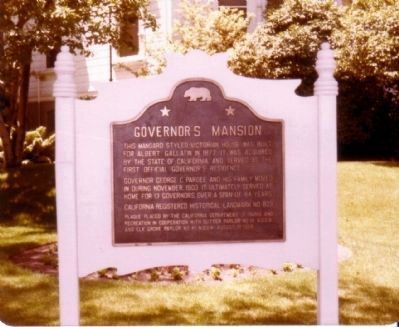 Click or scan to see
this page online
Ask at Museum/Tour Office to see the marker. Touch for map. Marker is at or near this postal address: 1526 H Street, Sacramento CA 95814, United States of America. Touch for directions.

Regarding Governor’s Mansion. This site has been designated as California Registered Historical Landmark No.823

Additional commentary.
1. From the 1978 Tour Brochure
A Brief History 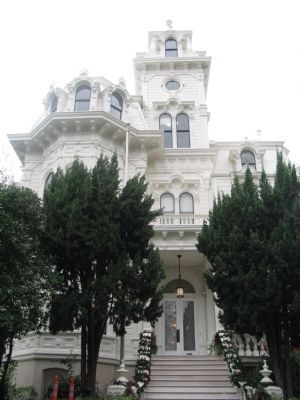 Photographed By Syd Whittle, November 26, 2008
3. Governor’s Mansion Front Entrance
restored building located at Old Sacramento] on land that was once part of the Mexican land grant to John A. Sutter. The structure, built by U.M Reese from the designs of Architect Nethaniel D. Goodell, cost more than $75,000.

In 1887, Gallatin sold the home to Joseph Steffens, drygoods merchant and father of author Lincoln Steffens, and in 1903 the State bought it for $32,500 unfurnished. In selecting the 15-room, 5-bathroom Mansion, the Capital Commissioners were thought to have considered comfort more than style, since the Victorian-Gothic architecture of the home already seemed dated in 1903. A small wing was added and the house refurbished and furnished, bringing the total cost to $56,000. Governor George Pardee became the first resident of the new Governor’s Mansion.

California’s previous attempts to provide a residence for her chief executive had proved futile. In 1879 a structure, which ultimately housed the State Printing Office and State Armory, had been started near the Capital, but it was never finished due to lack of funds, so governors rented houses or lived in hotels.

During its 64 years as the home of 13 California’s governors, the Mansion was the scene of four weddings – in 1921 Mrs. Randolph Zane (Barbara Stephens) married John N. Osborn, in 1926 Ruth Richardson Hilby married Warden Frank J. Smith, in 1941 Dorothy Olson married 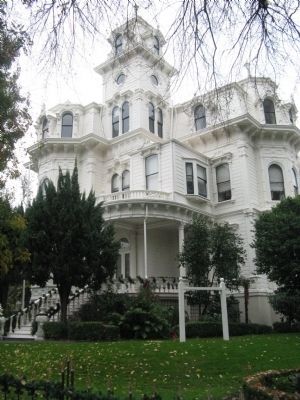 Photographed By Syd Whittle, November 26, 2008
4. Governor’s Mansion
Bruce Benson Whitney, and in 1955 Caroline Knight married Charles Weedman. There was also an assassination attempt, a dynamite explosion which destroyed the kitchen and pantry in 1917. Governor William Stephens and his wife were unharmed by the blast, which was an attributed to the Industrial Workers of the World, or “Wobblies.”

Though the State Fire Marshal had declared the building unsuitable for occupancy in 1941, no alternative official residence was provided, and Governors Warren, Knight, and Brown lived there throughout their terms of office. Governor Earl Warren lived in the Mansion the longest, from 1943 until his appointment to the U.S. Supreme Court in 1953. Governor Ronald Reagan lived in the Mansion during the first part of 1967.
— Submitted November 26, 2008, by Syd Whittle of Mesa, Arizona. 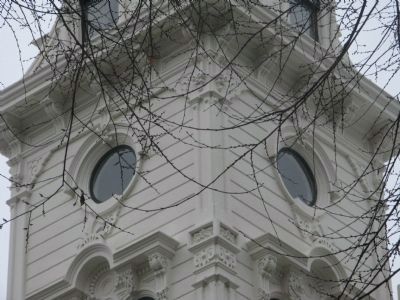 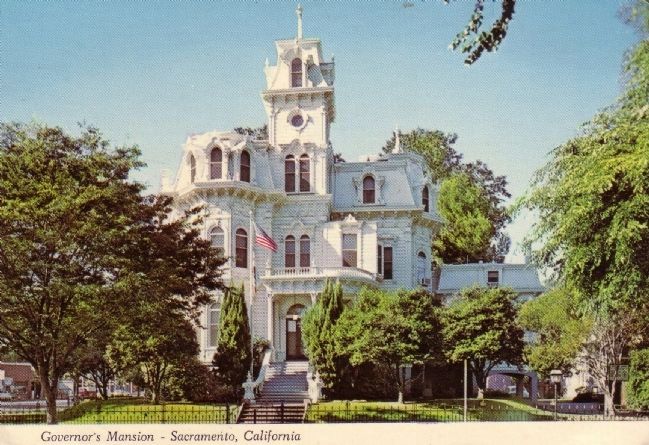 Dexter Press, Distributed by Fritz Vibe Enterprises, Sacramento, Calif.
6. Governor’s Mansion - Sacramento, California
Description on Postcard: Governor's Mansion - Located at 16th and H Streets. Built in 1877, the mansion truly represents the early California era. It housed all of California's governors and their families from 1903 to 1968. Open to the public. 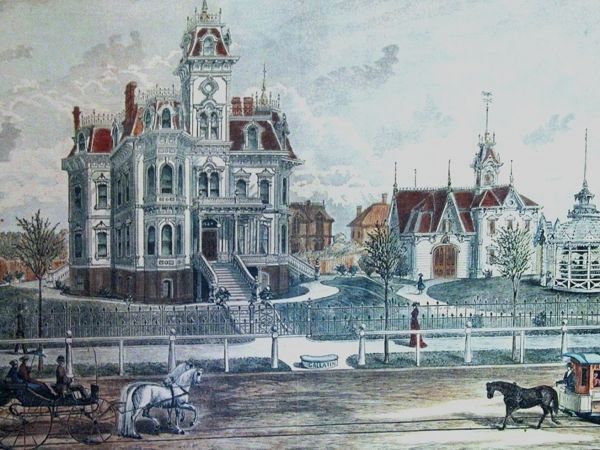