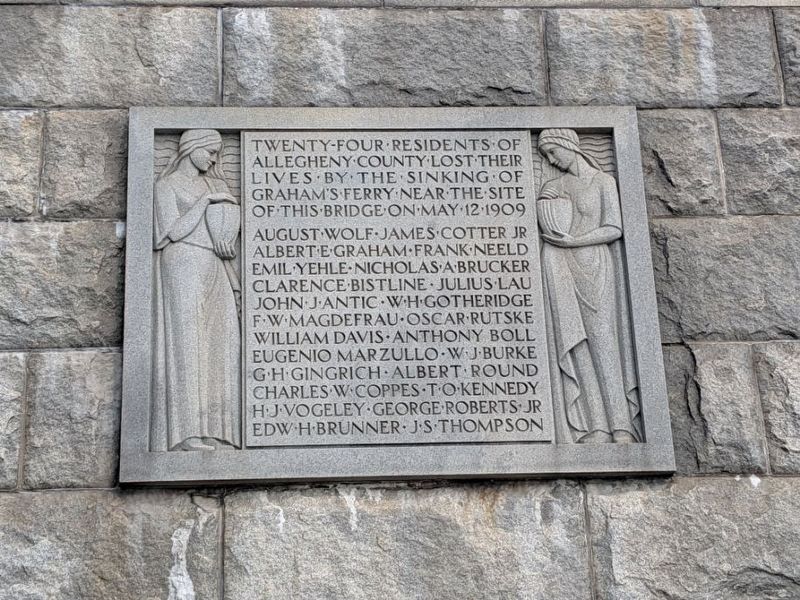 Topics. This historical marker is listed in these topic lists: Disasters • Waterways & Vessels.

Location. 40° 28.646′ N, 80° 2.824′ W. Marker is in Pittsburgh, Pennsylvania, in Allegheny County. Marker can be reached from McKees Rocks Bridge 0.2 miles south of Ohio River Boulevard (Pennsylvania Route 65), on the right when traveling north. Marker is mounted on the Northeast bridge column of the McKees Rocks Bridge. Touch for map. Marker is in this post office area: Pittsburgh PA 15233, United States of America. Touch for directions.

Other nearby markers. At least 8 other markers are within 2 miles of this marker, measured as the crow flies. McKees Rocks Mound (approx. 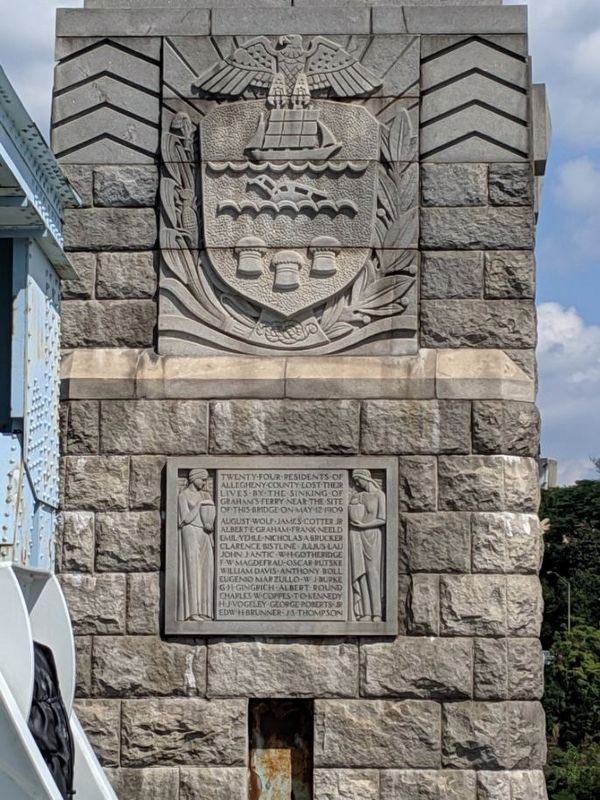 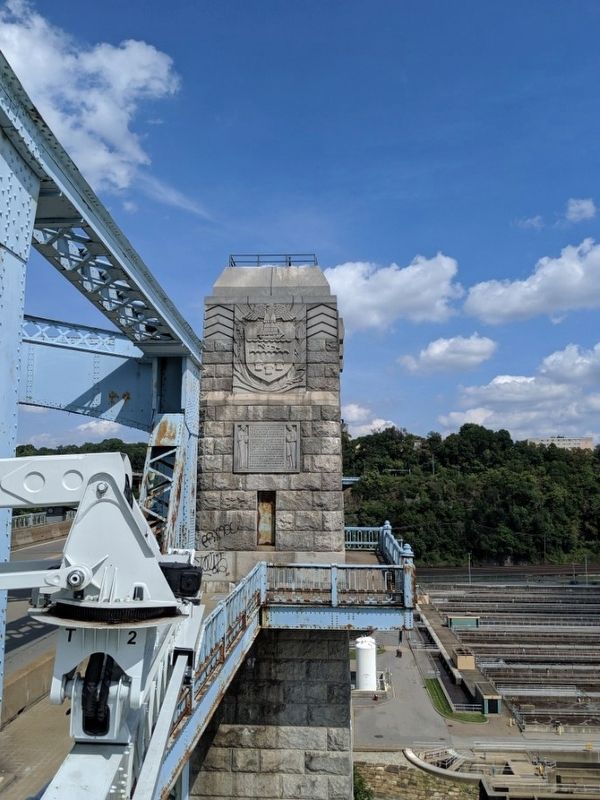