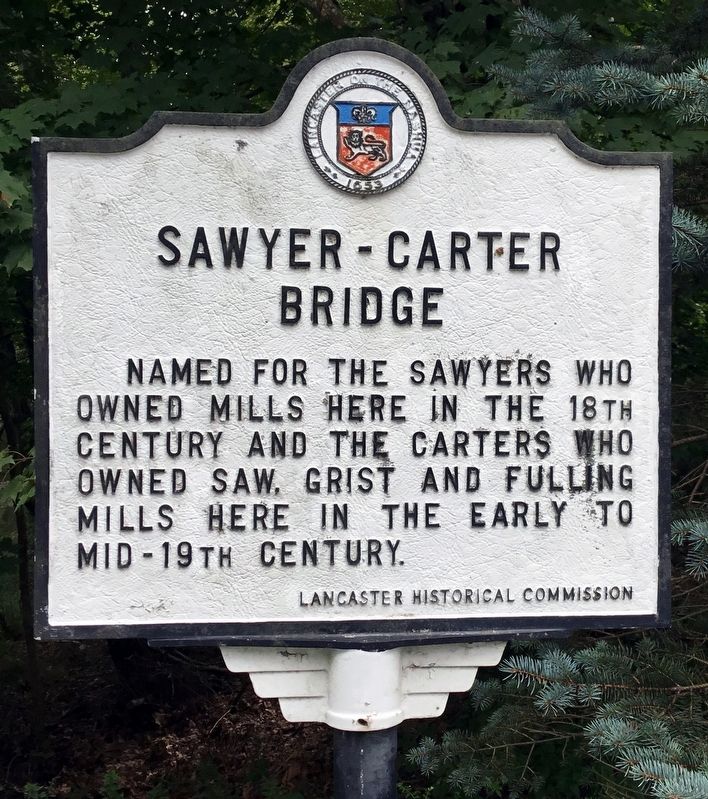 Photographed By Roger W. Sinnott, September 2, 2019
1. Sawyer-Carter Bridge Marker
Inscription.
Sawyer-Carter Bridge. . Named for the Sawyers who owned mills here in the 18th century and the Carters who owned saw, grist and fulling mills here in the early to mid-19th century. . This historical marker was erected by Lancaster Historical Commission. It is in Lancaster in Worcester County Massachusetts

Location. 42° 26.308′ N, 71° 40.875′ W. Marker is in Lancaster, Massachusetts, in Worcester County. Marker is on Mill Street, on the right when traveling east. Marker is just where the bridge begins to cross the Nashua River. Touch for map. Marker is in this post office area: Lancaster MA 01523, United States of America. Touch for directions. 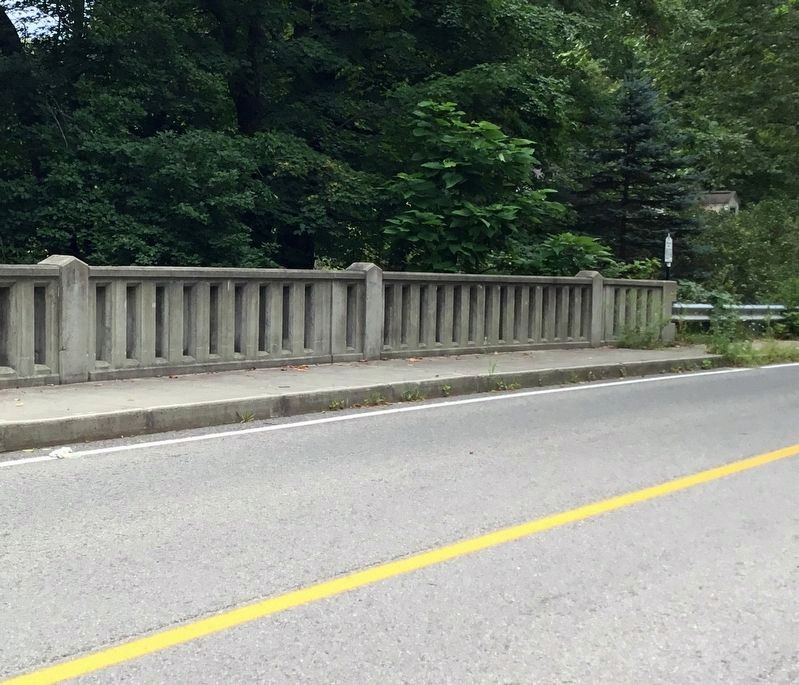 Photographed By Roger W. Sinnott, September 2, 2019
2. Looking West Across the Sawyer-Carter Bridge
The marker is at far right, seen nearly edge on in this view.

Also see . . .  Sawyer Blog. Despite an initial disclaimer, the blogger provides many leads for those interested in the early Sawyer families of Lancaster. (Submitted on September 3, 2019, by Roger W. Sinnott of Chelmsford, Massachusetts.) 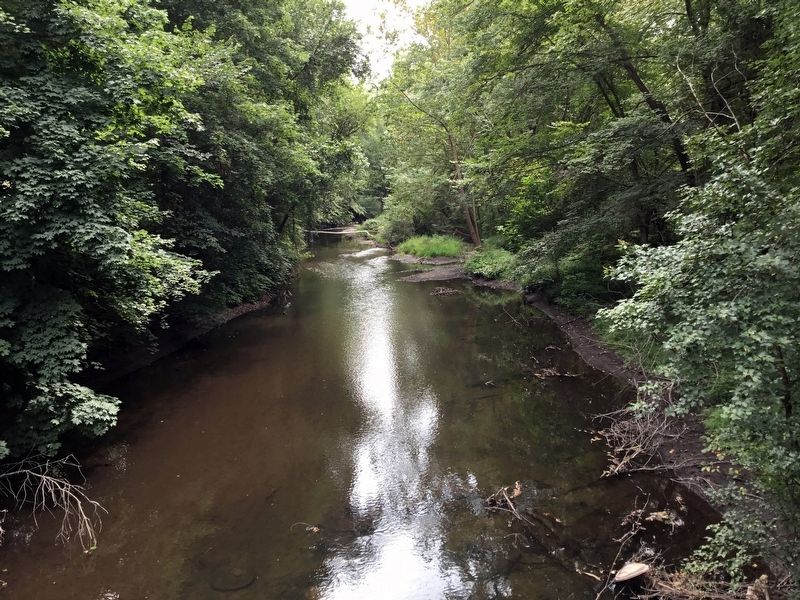