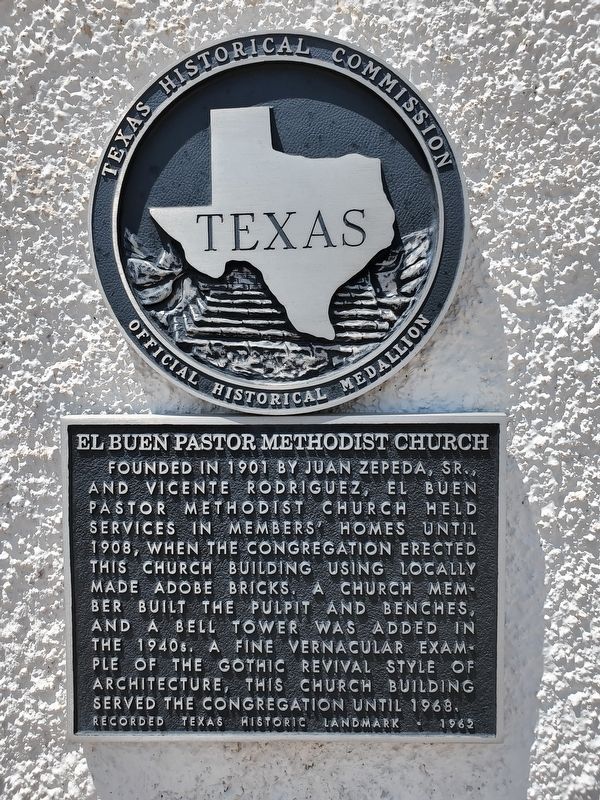 Founded in 1901 by Juan Zepeda, Sr., and Vicente Rodriguez, El Buen Pastor Methodist Church held services in members' homes until 1908, when the congregation erected this church building using locally made adobe bricks. A church member built the pulpit and benches, and a bell tower was added in the 1940s. A fine vernacular example of the Gothic Revival style of architecture, this church building served the congregation until 1968.

Location. 30° 8.442′ N, 102° 23.625′ W. Marker is in Sanderson, Texas, in Terrell County. Marker is at the intersection of 3rd Street and East Pine Street, on the right when traveling south on 3rd Street. Touch for map. Marker is in this post office area: Sanderson TX 79848, United States of America. Touch for directions.

Other nearby markers. At least 6 other markers are within 13 miles of this marker, measured as the crow flies. General Alexander W. Terrell / Texas in the Civil War 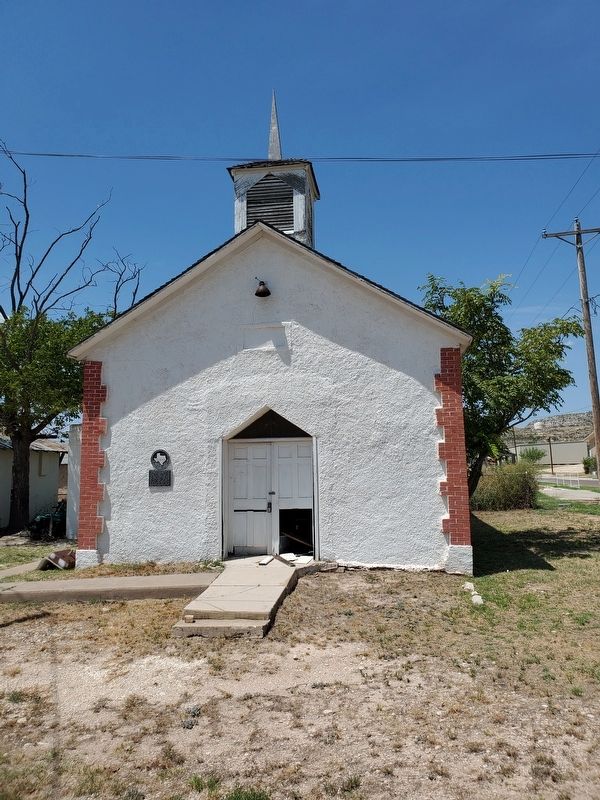